7 Advantages Of Sleeping Without Underwears Every Guy Should Know (Photos)

By Postymyarticles (self meida writer) | 6 days

7 Advantages Of Sleeping Without Underwears Every Guy Should Know (Photos)

While sleeping naked may be a stretch for some, snoozing without underwear is common among both men and women in Singapore. And while the main reasons for going commando are usually comfort or convenience, there are proven health benefits to sleeping with one less layer of clothes.

Here are some reasons why you may want to make sleeping without underwear an everyday occurrence.

1. Your bits can finally breathe!

In sunny Singapore, it’s common to sweat during the day. And while the sweat on your face evaporates (or is dried off with tissues or a towel), the sweat “down there” is absorbed by your underwear – creating a damp and non-breathable environment that’s not healthy for the skin.

After a whole day of being covered up, your bits will appreciate finally having some airflow and being given a chance to breathe at night! This is the best time to let your entire body – including the parts usually covered by underwear – relax and refresh. 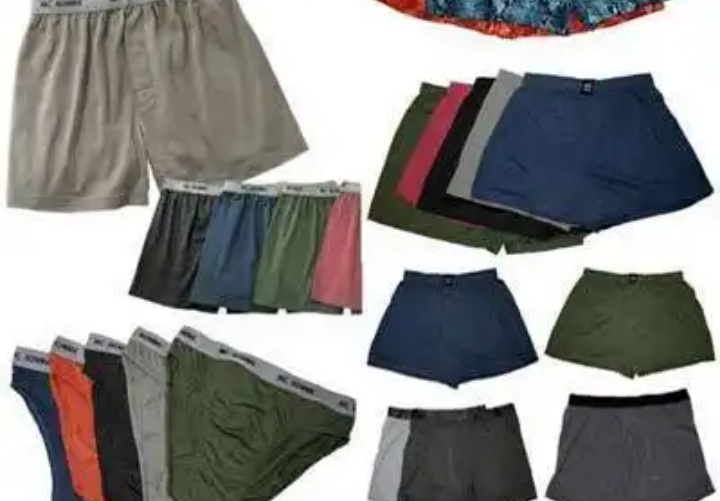 Bacteria and yeast thrive in warm and moist environments, which can be created by some types of underwear – such as overly tight ones or those made from synthetic fabrics. This is especially common in hotter climates like ours, as sweat gets trapped against our skin and causes bacterial growth.

If you really must wear underwear to bed, Dr. Nancy Herta, an ob-gyn at Michigan State University in the US, advises trying loose-fitting cotton underwear as an alternative. It’s cooler and more breathable, which is ideal for our hot and humid climate.

You may have heard that tight underwear isn’t good for male fertility, and it’s true. This is because to produce healthy sperm, testicles should remain around 34.4°C. Underwear – especially tight ones – increases this temperature, leading to decreased sperm quality.

According to a study by the European Society of Human Reproduction and Embryology, published in August 2018, men who wear boxer shorts have higher sperm concentration than those who wear tighter fitting underwear. So, try ditching your underwear (just while sleeping) if you don’t want to “cook” your healthy swimmers!

Did you know that a lower body temperature is part of your natural circadian rhythm and one way your body knows it’s time to sleep? You may not realize this intellectually, but your body knows it instinctively. It’s waiting for a “lower body temperature” signal to know it’s bedtime – which also means, it’s “underwear off time” if you have trouble falling asleep at night.

Did you know that during deep sleep, our brain slowly removes toxins from our bodies? These toxins hinder the signals that our brain sends to our body, and if not removed, will affect our cognitive abilities and creativity.

According to a study from the University of Amsterdam, a good way of increasing our body’s ability to remove these toxins is by lowering our body’s internal temperature – which you can do by (you guessed it), sleeping without stuffy underwear!

6. Enjoy better quality sleep (and all the goodies that come with it)

A lower body temperature also makes it easier to sleep more soundly throughout the night, which brings a whole list of health-giving benefits – including reduced stress, healthier skin, more energy throughout the day, better weight management, and a stronger immune system – essential for combating nasty viruses!

The next step to improving your sleep quality

There’s no doubt that a good night’s sleep is a remedy for many ailments – especially those that need a strong immune system to fight off. That’s why mattress selection is an incredibly important aspect of holistic health.

Content created and supplied by: Postymyarticles (via Opera News )

NHiF Announces This News To The Public