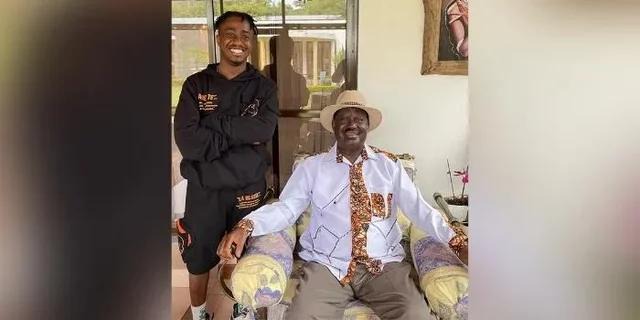 Lately, the former Kenya's premier has been seen on the public eye donning varied classy outfits as he bestrides the Kenya's landscape.

His current aphrodisiac taste for fashionable outfits has now become a common norm. For example, when he met the Mount Kenya Youth. He dazzled in a pair of jeans. Jordan Air sneakers by Nike and a sleeveless navy-blue jacket.

Going by his Twitter account, Raila couldn't hide his elation as he acknowledged the people behind his nice looks. That two being young men, Hillary and Ali. 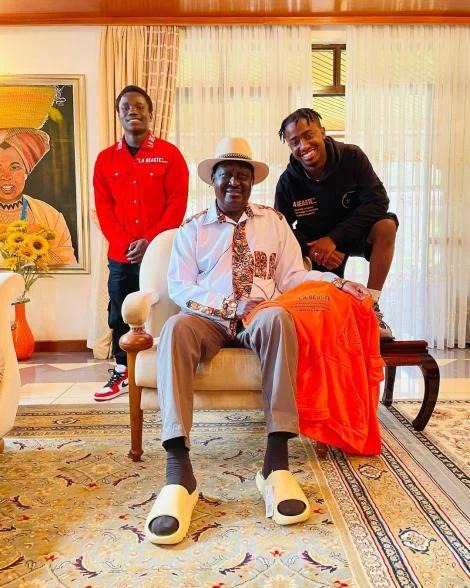 Whilst corresponding to kenyans.co.ke, one of the designers referred to as Ali who's 20-years-old, admitted to kick-starting his business while he was still a high schooler. He revealed how he tailored outfits for his classmates to earn some cash and he later developed his first shop after finishing high school.

“I started an online business called thrift trendy which grew slowly where I later opened my first shop where the first stock was amounting to Ksh50,000,” said Ali. 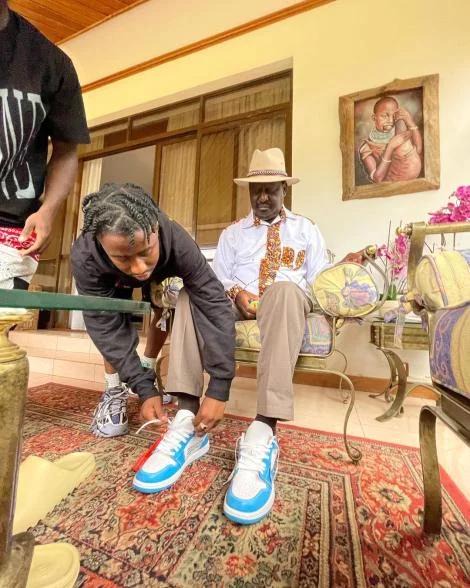 Ali who's also referred to others by the sobriquet "Nairobi West Niccur" went ahead to reveal that he came to know Raila through his friend who drove him to his house back in May this year.

He also revealed that he's the one who established Thrift Trendy (E-Commerce business) before he was later joined by Hillary. 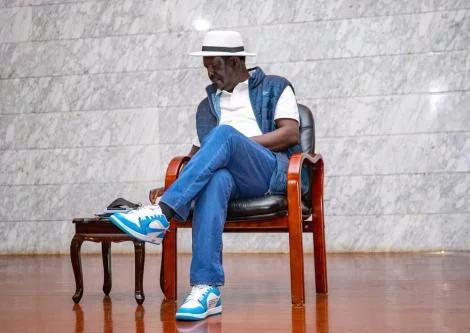 Ali also revealed that during his first encounter, he managed to sell variety of his outfits. He never made it known to the public eye the value of his sales to Raila even though he admitted that it's a lucrative one.

He also revealed that he has been dressing other key figures apart from Raila.

“I do dress other senior personality through my brand LA BEASTE where I have dressed the like of Babu Owino, Khaligraph Jones, Trio Mio, Masauti, Motif the don and Breeder LW and l am thankful to all of them for believing in my style and dream to inspiring the youth to be a better version of themselves," he stated.

However, he noted that some of the drawbacks he is experiencing are as a result of the ongoing Covid-19 pandemic.

“My biggest challenge is lack of support due to Covid-19 and more capital to expand our business into a franchise,” said Ali.

Ali is for now working on ensuring his brand ventures intoto the international market.

“For now, I’m focusing on how to grow my brand to an international market, opening branches across East Africa and Africa at large and also focusing on inspiring the youths to become a better version on themselves,” Ali stated.