10 Horrific Images that Show the Devastating Effects of Pollution 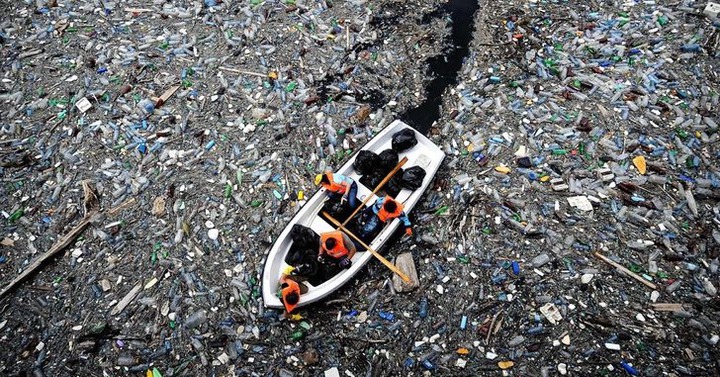 This image shows how trash has accumulated in Pacific Ocean. This has attracted the world’s attention that it even got a name, Great Pacific garbage patch. The size of this trash is just worrying, the picture of its existence were taken in the northern Pacific region 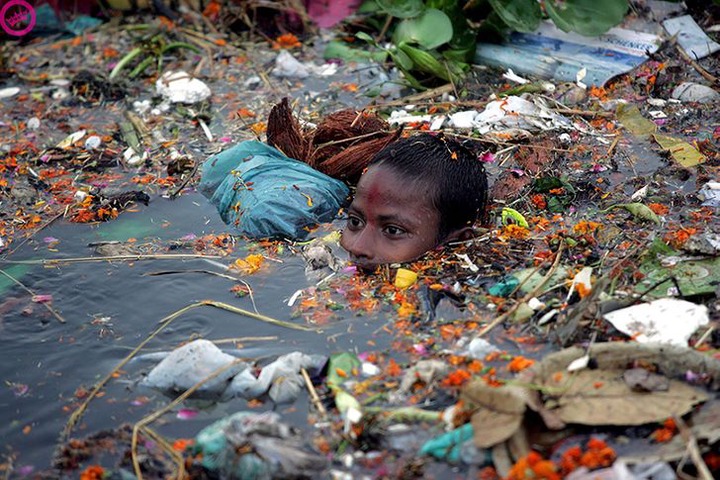 It is the second largest tributary river of the Ganga and the longest tributary in India. This river is regularly used for garbage disposal. This image is showing a boy trying to swim through it and it is so sad to see such because of the dangers that he may face afterwards 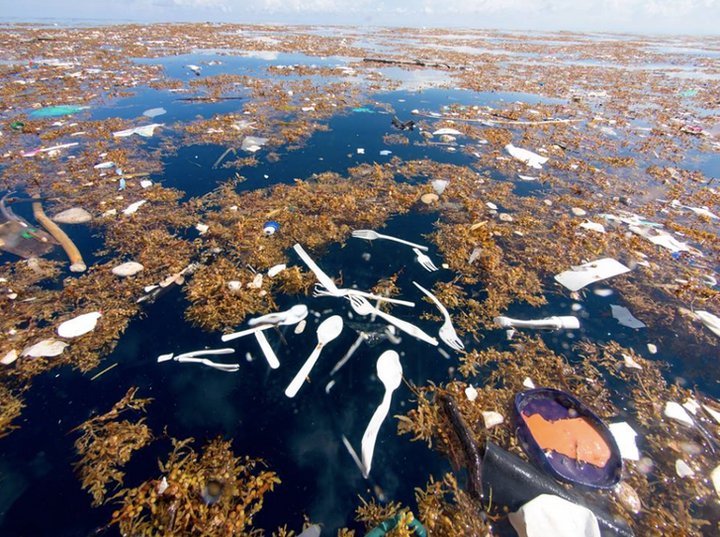 Seeing such an image we just wish that there was nothing like plastic on the earth. Most of the plastic contain harmful elements that diffuse into the water, and later all this may end up in our body. This is part of the Caribbean that is highly polluted, there were reports that the trash came from another River and ended up here due to heavy rainfall but still its pollution 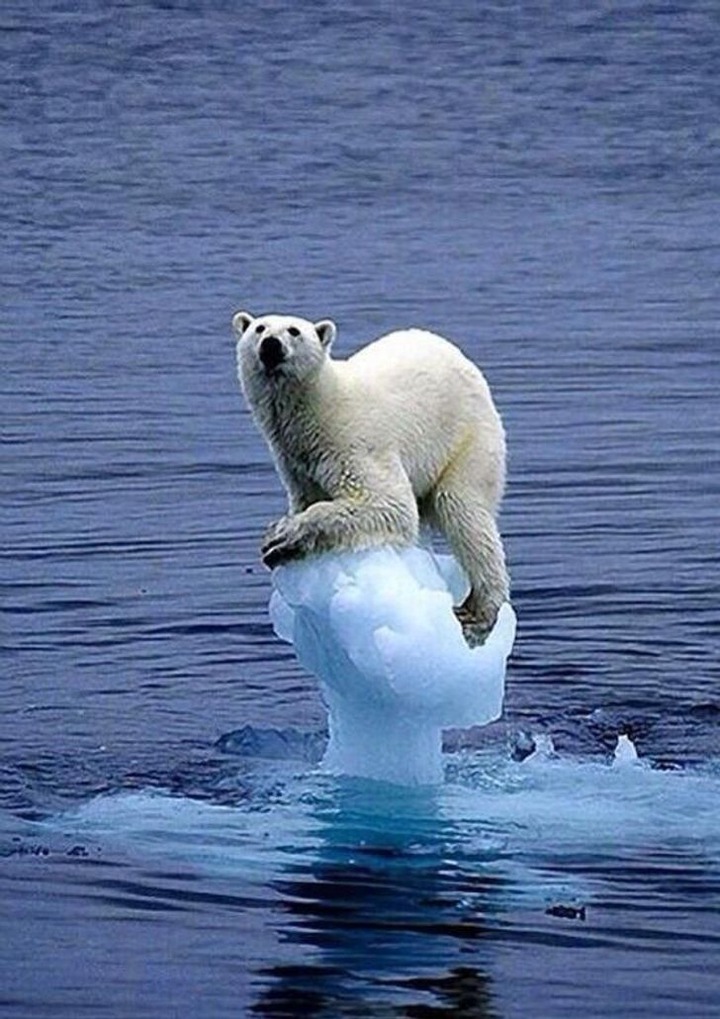 This polar bear is holding on to the last part of an ice and just like other animals; he is also being affected by ice meltdown crisis. All this is as a result of climatic changes that is caused by high level of carbon monoxide emission which is still a pollution ice is very important for this animals, it’s like their home, when this continues we may even loose the animals 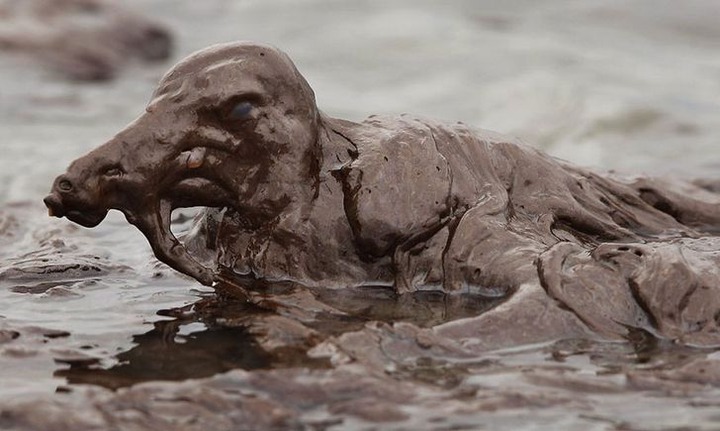 This is image shows a bird that came to quench its thirst but got trapped in the oil spill gull. The image was taken on the Louisiana coastline and it’s so heartbreaking seeing that the bird might even have difficulties breathing now imagine other marine life that live under water, they are suffering because of humans. 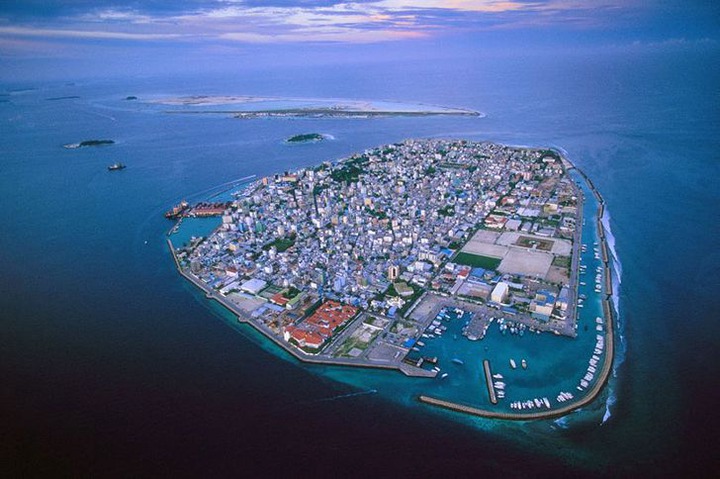 This image might look just normal and may be beautiful but it is very sad to imagine such a place, a home and also the community might be forced to relocate because the island might sink over the next 50 years due to changes in climate. 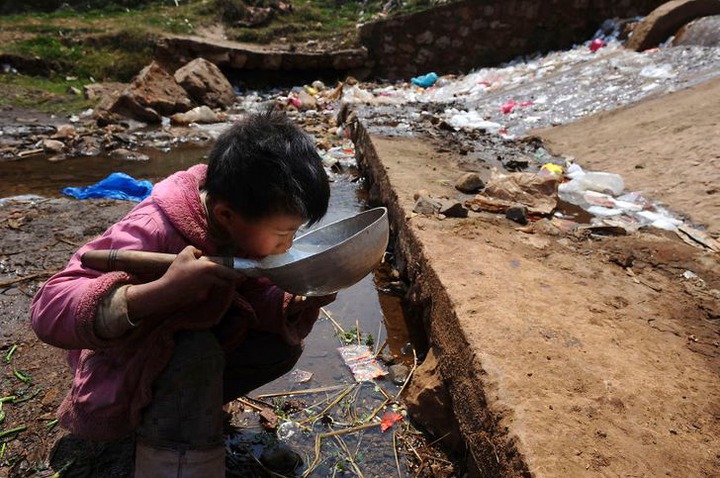 This is a province in Yunnan region in china, the image was taken sometimes back during the World Water Day which is held in March 22. The boy is trying to look for some clean water but we can clearly tell that this water is just not good for human consumption, we hope the photographer helped him. 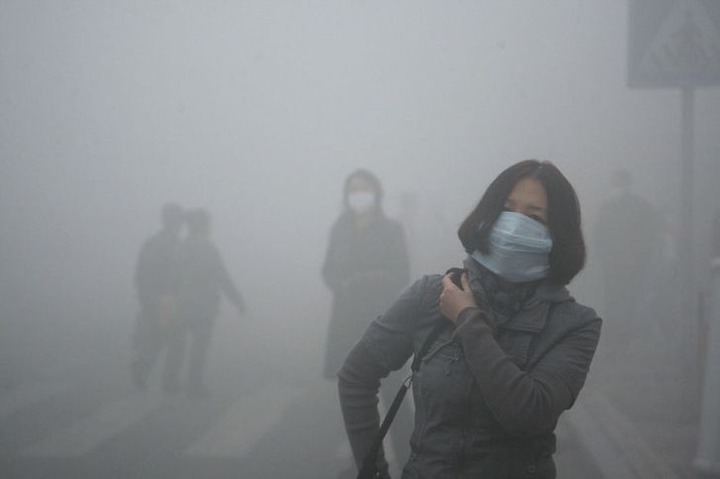 Currently almost everyone has to put on a mask due to the pandemic so we may protect ourselves and each other. But the image above is a different case, as you noticed; it is even very hard to see ahead, this is northern China where the pollution level rose 40 times higher than the international safety standards 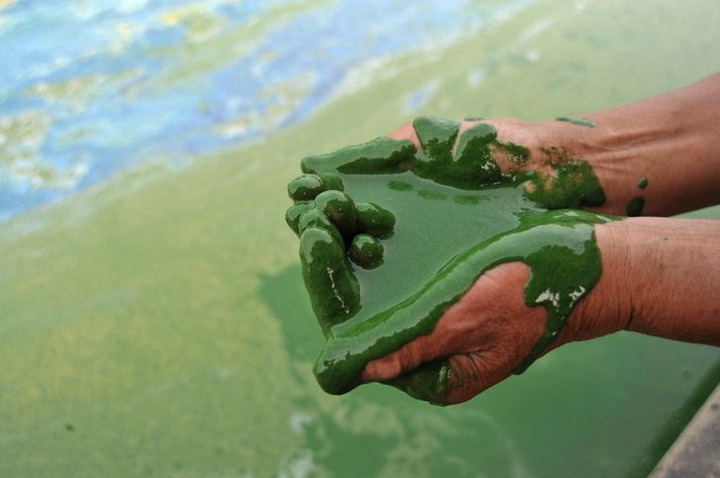 Seeing such an image makes one just feel sorry for marine life like fish and other animals that may be indirectly affected. This is China’s Chaohu Lake where a fisherman collected a handful of polluted water from the river. Animals are suffering from this kind of things and soon humans will feel the heat if things don’t change 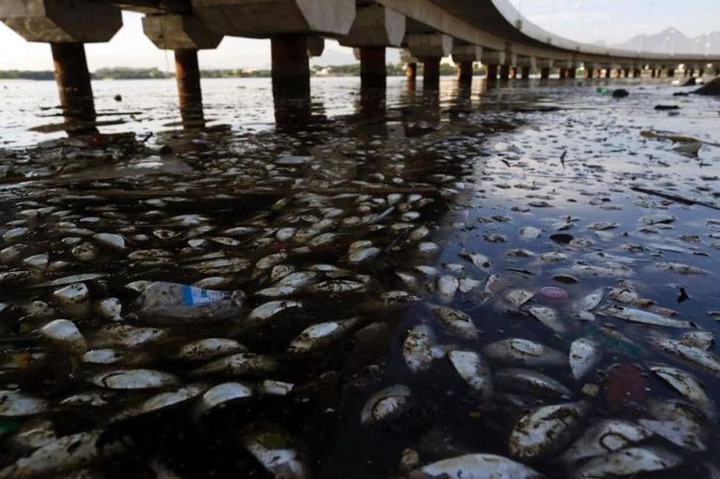 To close our unending list, is this sad image of fish. The image represents Guanabara Bay in Rio de Janeiro, Brazil. What else might cause such horrifying situation apart from pollution? We cannot imagine human beings using this water for drinking purpose because this can cause very serious problems in our body

If any of the images have touched you, just do your best to take care of the environment and avoid pollution, what do you think people should do to help the planet?

Dramatic Scenes As 3 Suspected Thieves Cornered By Residents Of Kericho

The Political Earthquake Is Becoming Real As William Ruto Welcomes Another Key Wiper Leader To UDA.