Murchison Falls National Park (MFNP) is Uganda's largest national park. It measures approximately 3,893 square kilometres (1,503 sq mi). The park is bisected by the Victoria Nile from east to west for a distance of about 115 kilometres (71 mi).

The name "Murchison" Falls was given to us by Sir Samuel White Baker, (June 8 1821 – December 30 1893) a British explorer, naturalist, big game hunter, engineer and also served as the Governor-General of the Equatorial Nile Basin (today's South Sudan and Northern Uganda) between Apr. 1869 - Aug. 1873. Baker named them after Sir Roderick Murchison, president of the Royal Geographical Society. The falls lend their name to the surrounding Murchison Falls National Park.

Murchison Falls National Park in Uganda was started under the colonial rule by the British in 1952. When Idi Amin the former Ugandan dictator and self-styled "Conqueror of the British Empire") came along in the 1970s, he had a way of removing any British name reference and renamed the Falls "Kabarega", after the Omukama (King)Kabarega of Bunyoro

The Victoria Nile flows through the middle of the park and empties into Lake Albert, creating a delta. En route the river hurtles over Murchison Falls creating the greatest natural water force on Earth.

Not only does Murchison Falls National Park encompass a variety of beautiful landscapes, it's also home to an abundance of wildlife. There are various large mammals to be sighted such as lions, elephants, giraffes and leopards. The park also boasts iconic birds, like the grey crowned crane and shoebill. Very welcoming of tourists, visitors to the park can enjoy game drives, boat safaris, and a waterfall hike. 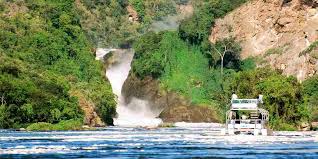 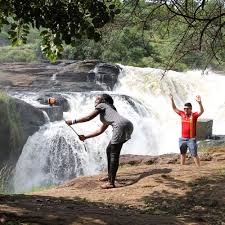 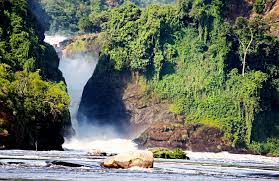 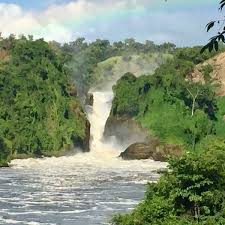 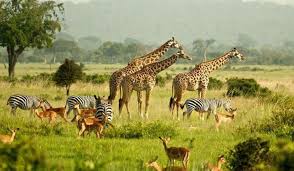 The Tsavo National Park ecosystem covers an area of 20, 812km2 and is the biggest and most beautiful park in Kenya and notably one of the largest game sanctuaries in the world. The park was established in 1948, but later split to Tsavo East and Tsavo West parks for administrative purposes.

While the arid terrain appears at times to be bleak and unforgiving, it is in fact home to a multitude of creatures both big and small.

Herds of elephants roam the park and it is an unforgettable experience to see them frolicking in the red earth around the life-giving watering holes. Appropriately wild and untouched, many travelers flock to Tsavo East for a chance to see the Big Five. Lions, black rhinos, buffaloes, elephants and leopards all reside in this biodiversity hotspot and it’s this diverse wildlife that makes the park such a great attraction 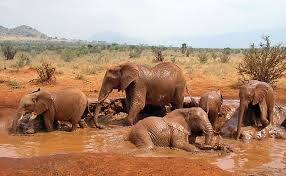 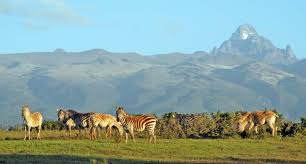 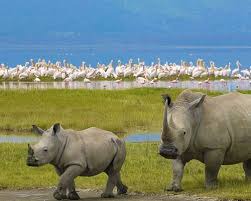 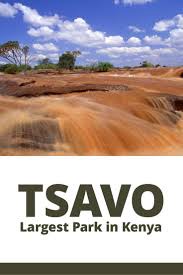 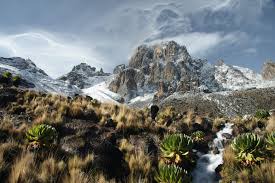 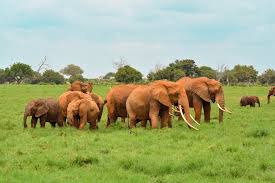