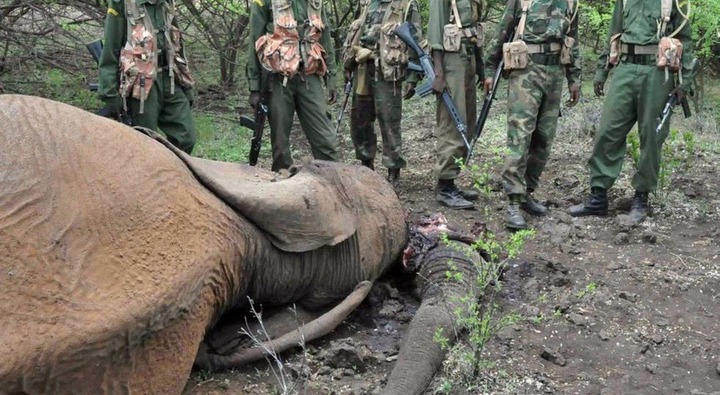 According to the National Police Service, the Wildlife officers worked on intelligence and nabbed four men who are the suspects. The suspects were in the process of selling the game trophies in Simba Cement area at Kajiado South Sub- County.

"Working on intelligence, officers nabbed the four male suspects who were in the process of selling the game trophies in Simba Cement area in Kajiado South Sub-County," police confirmed.

Police noted that, the four are currently in custody to be arraigned over illegal poaching. The elephant trophies had been taken and kept safe in custody at the station as exhibits.

"The four are currently in custody awaiting to be arraigned. The elephant trophies are in safe custody at the station as exhibits," the police said.

Further, the police encourages preservation and promotion of wildlife conservation by the members of the public. Kenyans are also informed to report any criminal acts to law enforcement agencies. According to NPS engaging in poaching attracts heavy penalties when one is caught up.

Engaging in poaching and trading of game products is illegal and attracts hefty penalties. Preservation of wildlife is vital for our country and NPS encourages members of public to promote wildlife conservation and report any criminal acts to our law enforcement teams," NPS concluded. 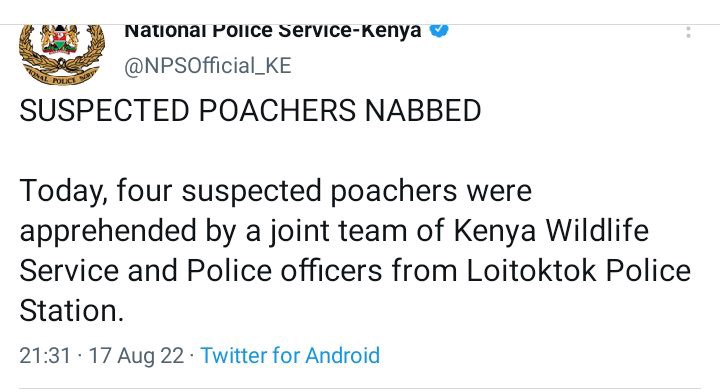 Lilian Nganga Opens Up On Her Private Wedding To Juliani, Motherhood And More

Inside Margaret Kenyatta's Wardrobe; Adorable Photos Of Her Outfits That Always Embrace Culture