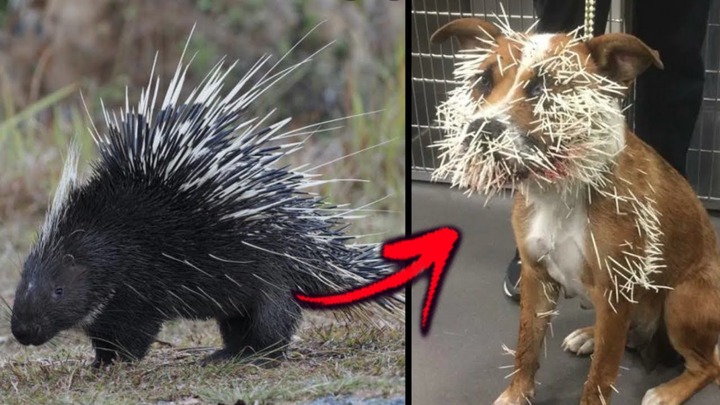 Some animals on this planet are equipped with special weapons to protect themselves against predators. Bombardier beetles are like the skunks of the insect kingdom. If skunks shot fiery acid at their enemies instead of just making them smell awful. If you look closely you can see the beetle spray his chemical creating a smoke-like effect. It immediately influences the beetle's prey or enemy.

Scientists know a bit more about how the bugs blast the chemical cocktail out of their rear ends without blowing themselves up.

Many species of beetles secrete chemicals to ward off predators but it turns out that bombardier beetles have a special chamber in their abdomens where they mix the chemicals to produce an explosive reaction, complete with gun smoke.

When the bug is threatened, it touches the match to the fuel which then forces its way out of an exit channel in its rear end.

To figure out why the bombardier beetles don't just explode the scientists used ultra-fast x-ray imaging to capture the moment the Beatles pulled the trigger, they discovered that the Beatle's defense acts less like a missile launcher and more like a machine gun firing between 368 and 735 pulses per second. Not only does this extend the range of the blast but it might just save them a barter’s life.

Researchers discovered snail species that used their shells to hit predators. Snails were thought to withdraw into their shells when attacked but land snail species; Kirov to helix gay Nessie and Helix asperse manifest an active defense behavior counter-attacking predators by swinging their shells at them.

Most snails defend themselves by hiding in their shells but researchers have found some that fight back by whacking the attacker with their shells.

The poison dart is the name of a large diverse group of brightly colored frogs that live mostly in northern South America, of which only a handful of species are particularly dangerous to humans.

The deadliest, the golden poison dart inhabits the small range of rainforests along Columbia’s pacific coast and grows to around two inches long which is roughly the size of a paperclip. 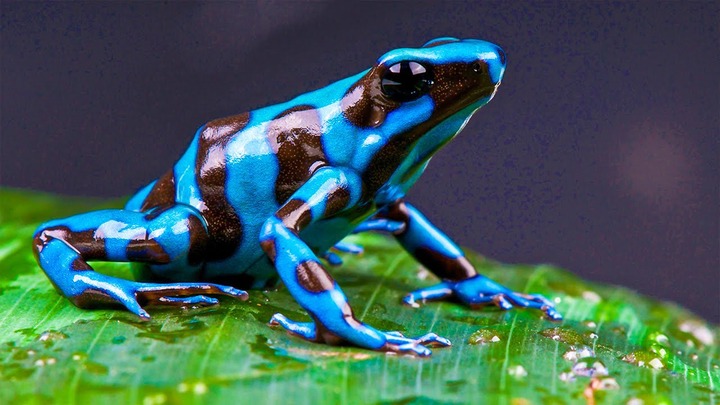 So it's not a very big frog but sometimes small packages come with debilitating toolsets. Its poison called batrachotoxin is so potent that there's enough in one frog to kill 10 grown men and just 2 micrograms are enough to kill a single individual.

Their toxin is 200 times stronger than morphine. What makes the amphibian especially dangerous is that its poisonous glands are located beneath its skin meaning a mere touch will cause trouble.

If you ever meet this frog face to face you don't want to kiss it to find out if it'll turn into a prince, with a single drop of the toxin coating, the skin of the female golden dart frog can stop a human heart.

When threatened, opossums run growl belch and urinate and defecate, and when all else fails they play possum and act as if they're dead. It is an involuntary response rather than a conscious act. 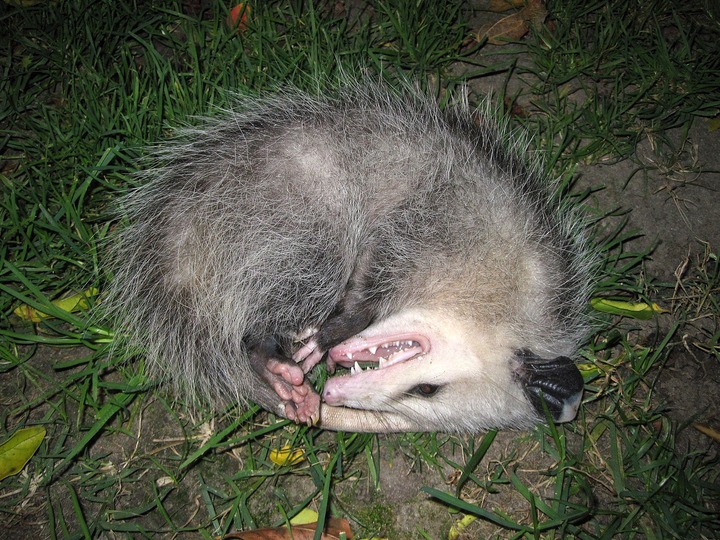 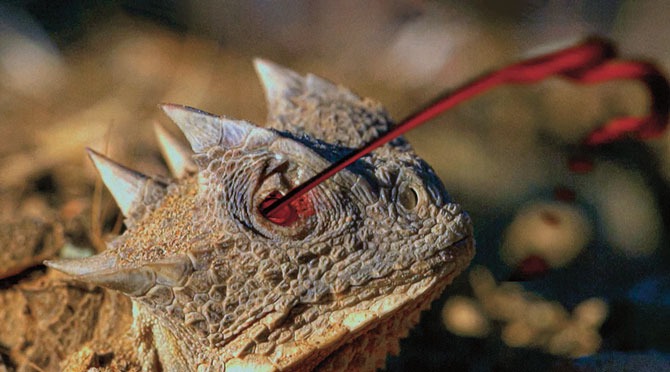 Spiders, sow bugs and ants will be caught by their sticky tongues which will snap out like rubber bands. When a horned lizard is threatened by a predator, its last defense line is to shoot blood from its flooded sinuses and out of its eye sockets. As a result, the predator is frequently alarmed and flees.

This mechanism is also used by the lizard to remove foreign particles from the surface of its eyes. If predators like rattlesnakes and toad runners decide to eat regal horned lizards, they’re in for a battle.

Hide and seek is a game the reptiles excel at in their desert homes in Arizona, the united states, and western Mexico.

They will change colors to blend in with almost everything, if that doesn’t work the lizards can inflate like a balloon by sucking in the air then they seem to be too large to eat but nothing beats being able to squirt blood on orders.

The reptiles can as a last resort burst the blood vessels around their eyeballs resulting in a surprise spray. They aim the blood at the predator’s mouth where the foul odor sends enemies fleeing. What an eye-catching threat.

Like other cobras will bite attackers in self-defense. Spitting on the other hand is their signature move and the snakes are crack shots. They can direct a stream of venom into an attacker's face from more than two meters away aiming for the eyes. 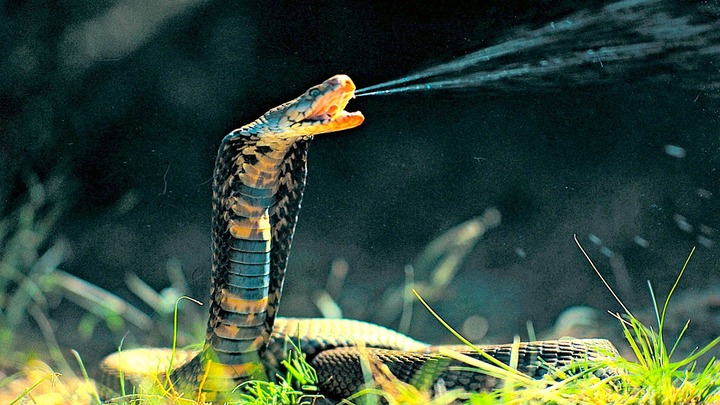 Some cobra species have modified fangs with a small forward-facing orifice. These enable them to eject venom as a spray or spit that can hit the target’s eyes from up to two meters away.

They are known as spitting cobras because of this behavior. All cobras are venomous but the spitting cobra takes it a step further by spraying blinding venom from its fangs at a predator. Surprisingly these serpents can hit a victim’s eyes from more than two meters away while moving with roughly 90 accuracies.

Mistakes Not To Make When Dating Men, How To Become The Ultimate Chick Who Knows The Rules Of Dating

The Top 3 Qualities That Attract Women