Locals Resign To Calamity Fate As Leaders Call For Rescue in the Region.

By NewSetter (self media writer) | 10 days ago

The famine and drought conditions in Garissa, were declared a national calamity one month ago by His Excellency President Uhuru Kenyatta. Whereby, the government is yet to mitigate the effect.

The locals of Liboi have resigned their fate as the situation keep on becoming dire with many of them loosing their only source of livelihoods, that is, livestock.

According to the Standard, one resident named Aden Qassim said, "Every day I lose 2 to 3 animals due to this drought. So far my family has lost about 50 livestock. We need urgent help." 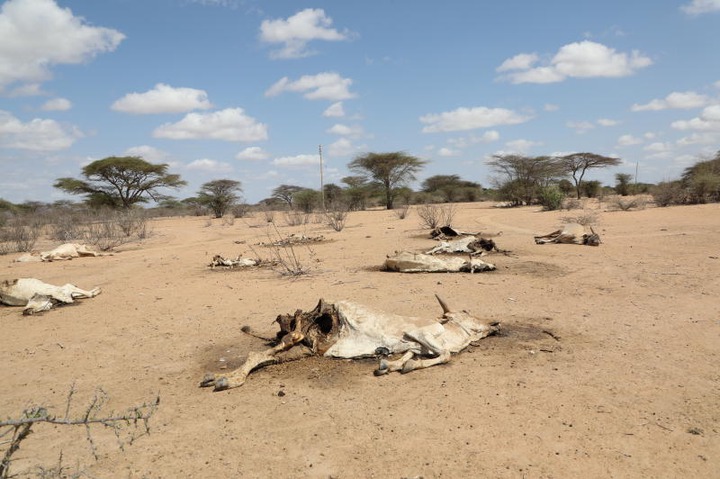 Despite this, since the declaration on September, there has been no intervention from both the County and National government as drought conditions reach higher levels.

The National Drought Management Authority led by their Coordinator, Abdinoor Dubow, has took a grim picture saying, " We have been carrying out interventions such as water tracking and providing livestock feeds but because of huge demands , our involvement has not been felt.

This has made the local leaders, former Garissa Governor(Nathif Jama) and Liboi Ward Representative(Ahmed Bashir) to intervene too in calling for rescue. 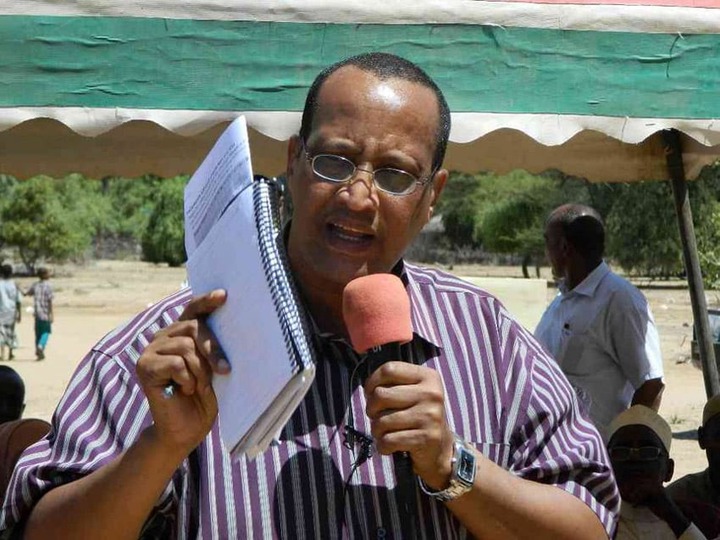 Jama noted that there has been no help from the government despite the drought being declared a national disaster and they've lost a significant number of livestock. Concluding that they have to move fast to avert people's lives. 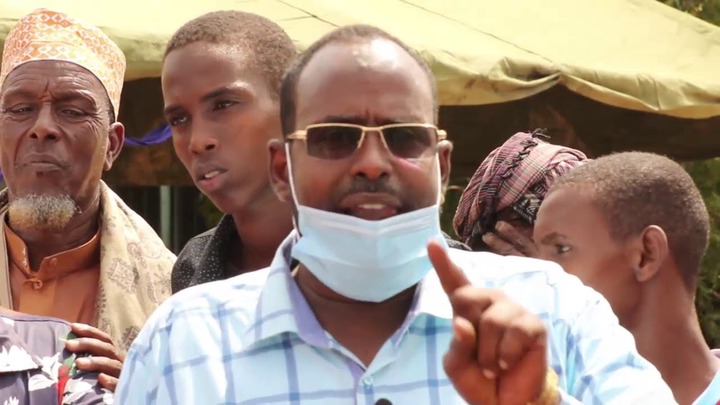 Bashir on the other hand noted that if immediate interventions will not be available in the coming few days, many livestock will be at risk. Concluding that they current drought situation calls for concerted efforts by all relevant government agencies and international donor agencies. 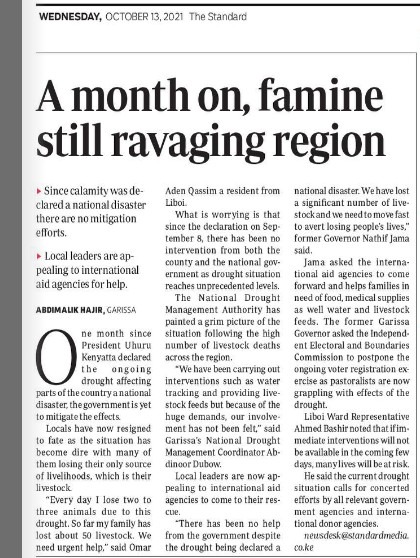