By HabarIbuka (self media writer) | 4 months ago 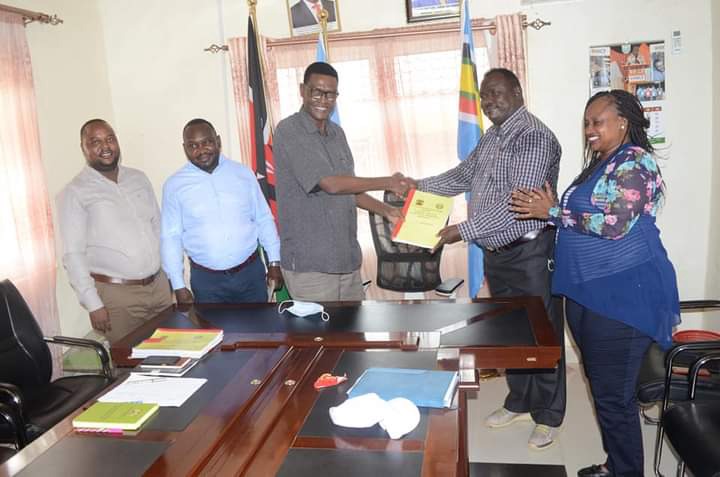 "The last one year during which I served as the Sector CEC will go down history as the period in which Water Act 2019, Climate Change Act 2021, Climate Change Fund regulations 2021 and Climate Change Policy 2020 were all operationalized at different levels.

Speaking during the official handing over to the incoming Water Services CEC Vincent Palor, DG Lotethiro said that administrative measures will be put in place to ensure that functions transfered to the Tourism sector are appropriately followed by financial resources.

DG Lotethiro told the incoming CEC that plans were at an advanced stage for climate change funding through the World Bank led FLOCCA project for which village, Ward and Sub County level committes had already been formed.

On matters management of Mineral Resources, DG Lotethiro said that the department had completed a mapping process from which 28 mineral that could be exploited for commercial gain had been identified as existing in Turkana. He added that 23 groups had been registered as artisanal miners.

Noting that his tenure as the sector CEC had also midwifed a zero draft of an Extractives policy document to guide interactions with mining stakeholders in Turkana, DG Lotethiro called for more input on the document to widen it's scope to the level of a County Assembly Act for its provision to be more binding and enforceable.

While urging the incoming CEC to embrace partners, DG Lotethiro said that partners had also played a critical role in enhancing the capacity of the County in delivering it's water supply mandate through supporting fuels subsidies, operation and maintenance as well as water trucking.

As a way forward, CEC Lotethiro directed the new CEC for Tourism, Culture, Environment, Energy and Natural Resources to spearhead the operationalization of county and ward level climate change Committes since the function had been transfered to his docket.

The event was also used to pave the way for the transfer of Environment and Mineral Resources directorates to the newly formed county department of Tourism, Culture, Environment, Energy and Natural Resources for which Alexander Fleming Losikiria HSC and Stella Lochodo were appointed as CEC and Chief Officer respectively