Horrifying Night Incident After 11 People Are Savagely Attacked By Hyenas, 3 In a Critical Condition

By Djrhymez (self meida writer) | 23 days 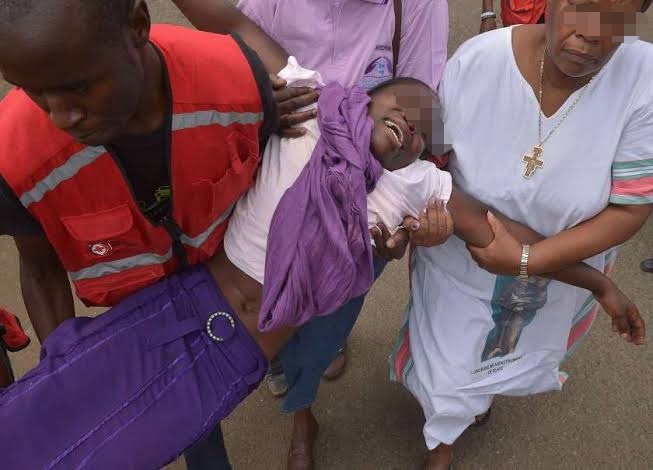 In the recent past, human-wildlife conflict seems to be on the rise with many Kenyans losing their lives after some deadly attacks.

Residents of Isiolo are currently living in fear of the unknown after a horrifying night attack last evening.

According to reports, 11 people were injured, with 3 in critical condition after hungry hyenas scavenging for food attacked homes in Garbatulla, Isiolo county yesterday.

The sleeping villagers were invaded at dawn by hyenas who seemingly thirsty and hungry due to ravaging drought. 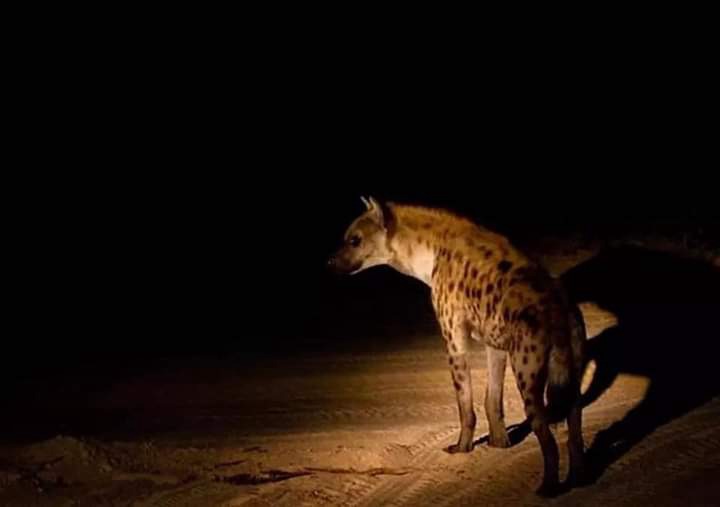 The injured have been admitted at the Isiolo County referral hospital but medics denied the media accessing them, claiming that they are not in a position to be interviewed.

The Kenyan wildlife service has been compensating all Kenyans who have fallen into the arms of these killer animals.

At times these cases have been witnessed after animals started encroaching lands occupied by humans in search of grazing and hunting grounds.

After the incident went viral, Netizens have requested the government and all relevant authorities to make sure such incidents are not witnessed again in the region. 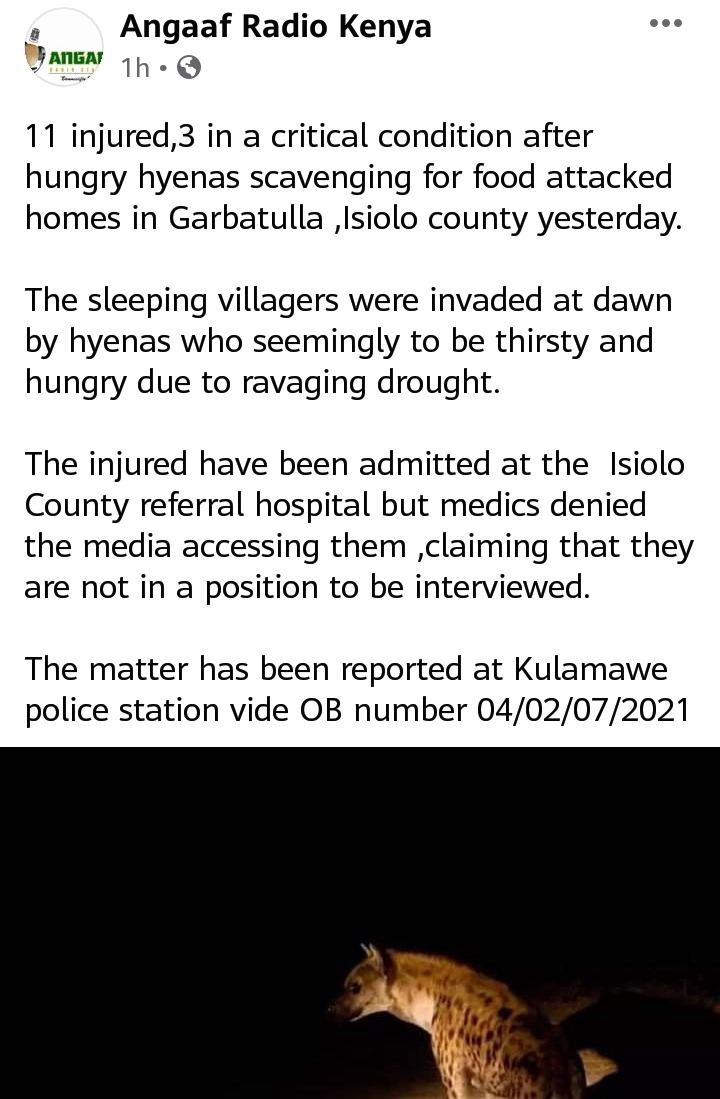