By Mikey.com (self media writer) | 7 months ago 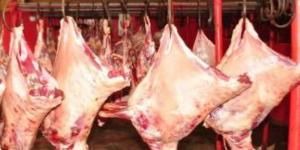 There is a looming meat crisis in Nairobi after the government, through the National Environment Management Authority (NEMA), ordered the closure of all 15 abattoirs operating in Kiamaiko.

The environmental authority told the press on Sunday, January 30, that all the abattoirs had one month to relocate to a new facility located in Lucky Summer area.

The slaughterhouse operators have, in the recent months, snubbed the Lucky Summer facility since it was launched by President Uhuru Kenyatta.

The closure directive is part of the wider crackdown by NEMA on all facilities polluting Nairobi River. The government agency noted that the slaughterhouses were operating in unhygienic manner.

"The issue of Kiamaiko, I think has been a thorn in flesh for NEMA for a number of years. It is a slaughterhouse which is very close to Nairobi River and has the potential to pollute our river ecosystem.

"For us NEMA, we have given them order to relocate to the new site and this is the order that must be enforced," stated NEMA Director General, Mamo Boru.

The DG further noted that the organisation had been in the charade with the abattoirs operators since 2015 over their hygiene.

In an assessment carried out by NEMA in December 2020, the government found that the eight conditions given to the slaughterhouses had not been met.

The conditions included taking hides and skins to licensed tanneries on a daily basis and that workers must be medically examined and properly dressed.

"They did (the assessment) and the recommendation was that they now need to move. We have given them the month of February to organise themselves and move to the new site. There are no extensions. We have engaged them for long and now they need to move," added Mamo.

The report also found that the abattoirs lacked pre-treatment plants before the discharge of waste products to sewer line and that there was no commitment to complete the new slaughterhouses in Njiru.

The operators had declined to move into the Lucky Summer facility arguing that they would construct their own in Njiru along Kangundo Road but the exercise has since stalled. Kiamaiko abattoirs handle between 300 and 400 livestock daily.

In the Nairobi River regeneration plan, 90 per cent of the companies along the river have complied with NEMA's conditions.

Content created and supplied by: Mikey.com (via Opera News )

The scariest things about dating a man with anger issues