Security officers and locals were perplexed after several bats invaded Maragua police station which is found in the outskirts of Murang'a county while making unpleasant noise.The police officers at that station said that ever since they started working at that police station they have never seen such an occurrence. 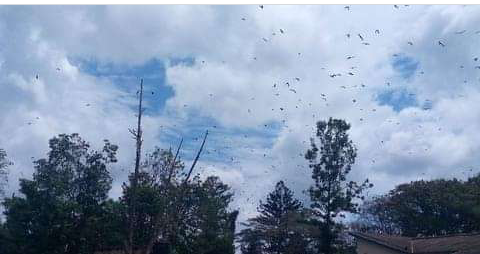 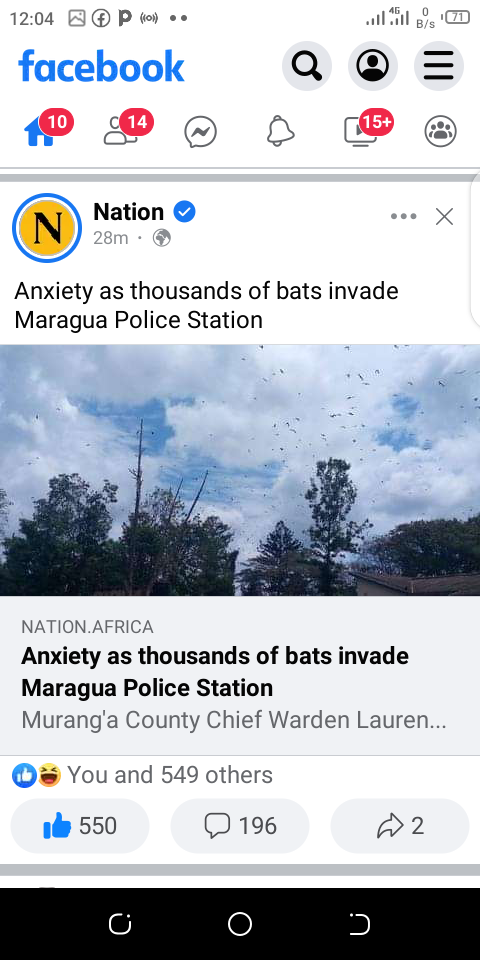 The police officers have said that their efforts to try and shoot at them a well as light teargas at them have all proved worthless since the bats would not go away and just keep on making noise.Local police barracks have now turned to their toilets such that female officers no longer hung their clothes due to droppings.

They have now reached out to the wildlife department especially birds to try and drive the crazy birds out of that police station without harming them or harming the prisoners.Some people had earlier on said that smoking ould chase them away but the station is poorly ventilated hence it can harm prisoners.