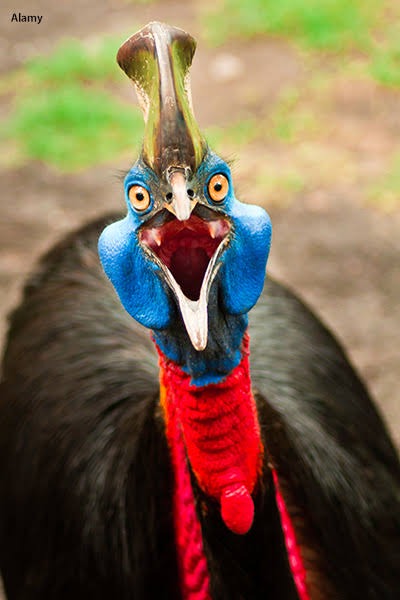 This prehistoric bird may look awesome but you may want to think twice before getting too close to it. With a weight of up to 175 pounds and a height of 5 feet, the Australian Cassowary is the second largest bird in the world.

Like Ostriches, a kick of their powerful legs is their go-to method of attack. However, unlike their less colorful counterparts, these birds have a 4-inch dagger-like claw that they use to strike their victims while jumping at them.

Although they tend to stick to themselves, the Cassowary can be fiercely territorial and turn aggressive when disturbed. One of the most famous attacks occurred when a teenage boy who was hunting these birds was killed after a cassowary toppled over him and slashed his jugular while he was on the ground.

Recently a 75-year-old exotic animal collector called Marvin Hayes was also killed by a Cassowary that he kept on his property. And while these are the only two recorded human fatalities from Cassowaries, they're sure enough to make us rethink provoking one of these majestic birds. 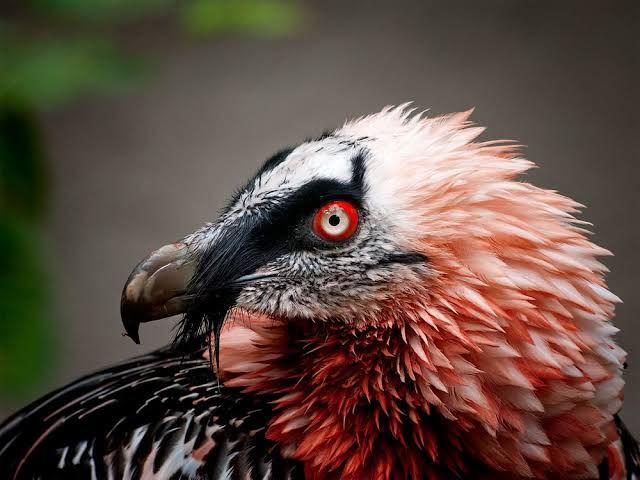 Is one of the oldest and largest vultures in the world. These massive birds have a wingspan of up to nine feet wide and can even weigh as much as 15 pounds. These big eagle-like vultures dine mainly on decaying dead animals with 90% of their diet coming from bones. And while you need necessarily be worried about an attack you do not want to be walking under a feeding llama gear.

These bearded vultures drop bones onto the stone from up to 250 feet high to smash them open and feed on the marrow. They use the same dropping technique for prey like hardshell tortoises which could cause severe injuries to anyone who finds themselves in their drop zones.