The Aral Sea was once the 4th largest lake in the world and was fed by snowmelt and precipitation from mountains. It has bordered Kazakhstan in the north and Uzbekistan in the south covering an area of 68,000km². The Aral Sea started shrinking in the 1960s and by 2010 it had completely dried up. It began shrinking due to the evaporation of its unreplenished water. Rivers that sustain it were diverted by the Soviets to irrigate the cotton fields a program that was designed to pump money into the Soviet's economy. In 1989, the Sea had separated into two parts, the Greater Sea in the South and the Lesser Sea in the North. 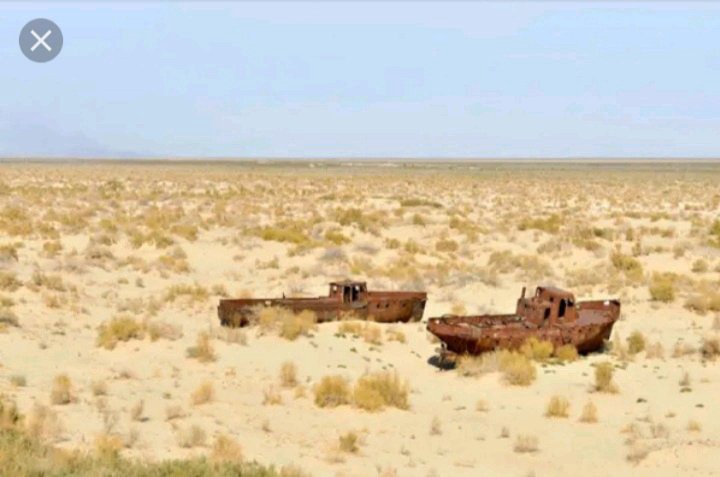 The Aral Sea as a whole can never be recovered and has left behind a large swath of desert. The ecosystem of the freshwater lake was destroyed mainly as a result of increased salinity which has led to millions of fish dying.