Overcrowding in Maasai Mara Putting a Strain on Kenyan Wildlife

By ericvictor2 (self media writer) | 10 days ago 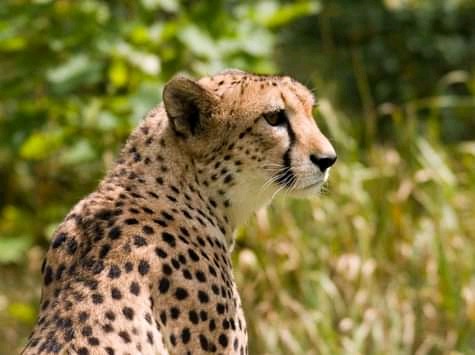 After hearing that the fabled "four brothers" are on the prowl, our tour guide in a four-wheel drive takes out across the plains.

These male cheetahs have a reputation for working well together, but with so many wildebeest in the area, it's doubtful breakfast will be much of a problem for them.

We're not the only ones speeding across the parched grass in four-wheel drives to witness the impending demise. There are already 27 vehicles circling the zebra and wildebeest herd, all eagerly awaiting the show to begin.

About half of the cars in the area stop to witness the four ferocious cats as they take down their unfortunate meal, a young female wildebeest. A group of tourists with cameras is in each vehicle, photographing the cheetahs' teeth clamped on the wildebeest's neck and documenting the animal's final, heartbroken pleas for helplessness.

Many visitors come to view the kill since it's what they're most interested in. On the African savannah, the cruelty of the animal realm was on display.

Visiting the Mara has become for many what a trip to the Grand Canyon has become for others. Few say they came for the other visitors dashing off to the next sighting or for the backdrop of parked Land Rovers in their best photographs.

When it comes to taking tourists on wildlife drives, guides in Narok County are required to follow new restrictions imposed by the county government last month.

After a video of a man photographing a leopard cub at the open door of his car went viral on social media in July, the Mara prohibited the group and their camp from entering for the foreseeable future.

In order to comply with the requirements, automobiles must be at least 25 meters (82 feet) away from cat species and drivers must not build a circle of cars around the animals, which must be able to examine the surroundings for possible threat.

Even if a lion or an elephant are not among the "Big Five," most clients assume that they saw nothing when they pay the money." Chairman of the Mara Guides Association added.

In addition, the number of vehicles allowed at a single sighting is meant to be five, but this rule is frequently broken.

If you're detected disobeying the regulations, you'll have to pay a fine right now, or you'll be kicked out of the Mara for good.

However, policing the laws in a 1,500-square-kilometer (579-square-mile) park is a difficult task, according to John Ole Tira, head of the Mara Guides Association, a non-profit organization with 175 members."