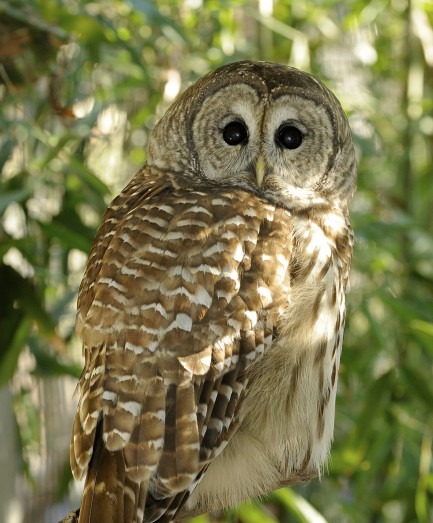 Owls are wild birds that live in the forest as they are adaptive to such environments. They are typified by their large broad head with flat face and large round eyes. Owls also have a sharp hawk-like beak and nature of upright stance.

In Kenya, Owls are found in most regions and some communities believe they are possessed with evil spirits. When an Owl visits your homestead or village, someone will die. When the Owl hoot, screech or scream that is warning about certain danger ahead. The first community I inquired to know more about Owls is Luhya. I visited Kakamega County and interacted with Samson Makoha, a middle aged man and a resident of Ikolomani Constituency. Makoha confirmed that Luhya believe an Owl is a sign of bad omen and bad lack. "Huyo ndege akija kwako fukuza na usipo fanya ivo mtu atagonjeka ama akufe." Makoha narrated in Kiswahili. This means, if the bird appears at your homestead you should chase it away if not someone might fall sick or die.

Luo community also have the same cultural belief like Luhya about Owls. Kikuyus believe Owls are messengers of evil spirits or departed soul. Its appearance signifies death and sickness in a homestead. Some of Kalenjin tribes believes Owls are messengers of sorceress, wizards and used for witchcraft. Further, if an Owl is seen around or heard hooting, one should not just chase it away like any other bird. The mentioned communities have their own way on how to do it. The Kikuyus would pour some salt on fire then throw stones at it to chase it. Kalenjins, Luos and Luhya would throw a burning wood at it or throw hot ash at its eyes. They believe doing that it will never come back.

However, the truth about Owls being agents of death or other misfortunes wasn't accepted by an ecologist, Clement Waweru. Waweru says cultural beliefs is not the truth, Owls are just like any other birds. Owls hoot or even scream to mark their territorial birds. Hooting and screaming also depend on the situation they are in. " Hoot sound from an Owl has nothing to do with anybody's health. For example, during mating period male Owls scream to alert the female bird." Waweru said. His advice to the communities that relate evil spirits with Owls is, they should stop killing or even injuring them.

"We Have Spent 10 Million Ksh to Set up The Luo Festival," Jalang'o Says