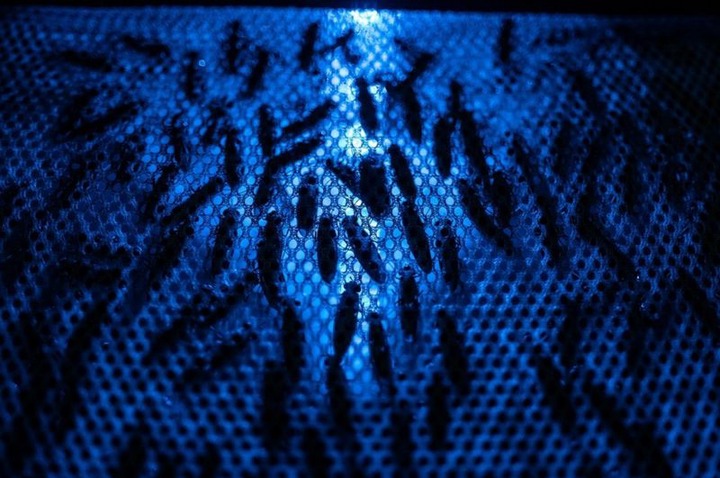 There is a growing demand for insects as a source of protein in the diet of pets. Photographer Tommy Trenchard visited a fly farm in Cape Town, South Africa, where he hopes to benefit. The farm was established in 2018 in an industrial area on the outskirts of the city. Each month it produces more than 10 tons of high-quality protein feed, most of which are intended for export. 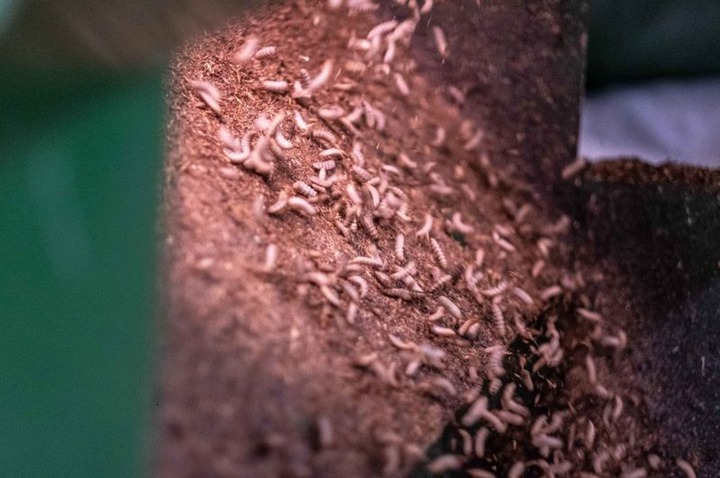 "You have a shortage of food, and people are starving, and at the same time, you have a waste problem. So I started looking at how we could find a solution," said company founder Dean Smorenberg, reflecting on what prompted him to enter the farm.

He is a former consultant who started farming flies in his bathroom in 2016 before fully venturing into the business and started making it his whole career. This model of farming is attractive to carbon-conscious consumers: the larvae of flies eat the waste food - in this case it is widely used in cereals from a nearby factory - converting it into a commercial protein and fertilizer product. 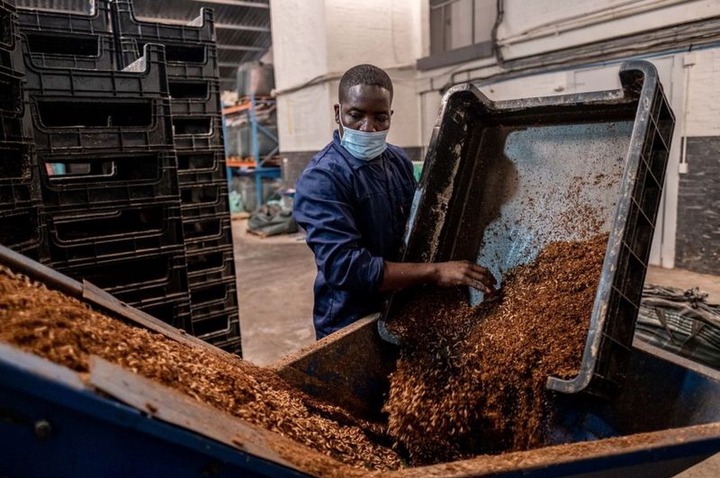 The process consumes more water and less land than other types of protein production and also the amount of carbon used is lower.

Instead of looking for a direct response to the large soybean or fish industry, which currently produces the world's most affordable protein, Maltento's farm is looking to offer products that are a substitute for pet food or nutrition. 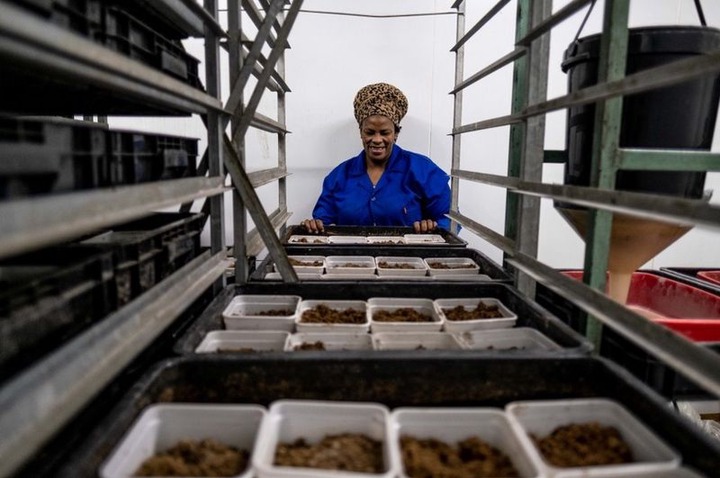 Insects are more valuable than just protein, "says Mr. Smorenberg, pointing out that what is known as protiniz and insecticide in the larvae of flies helps to improve digestive health.

"And there is no other crop in the world that can give you 52 yields a year in a row." The Maltento firm, which expands rapidly, is divided into several sections according to the stages of the insect life cycle. 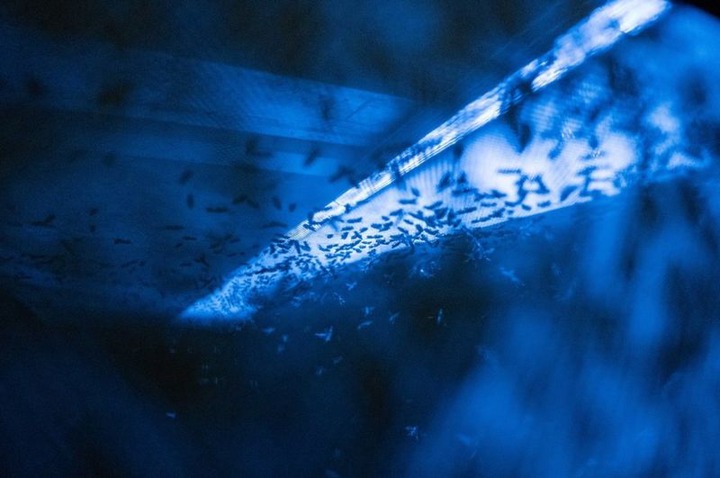 The larvae go through the process and change into a dark room in the ground floor before being transferred to the upper floor in a designated breeding area, where older flies under the sun's rays lay eggs on a metal trap.

Next door, there is a nursery where the eggs hatch and "young flies" which are distributed in small plastic containers filled with feed. 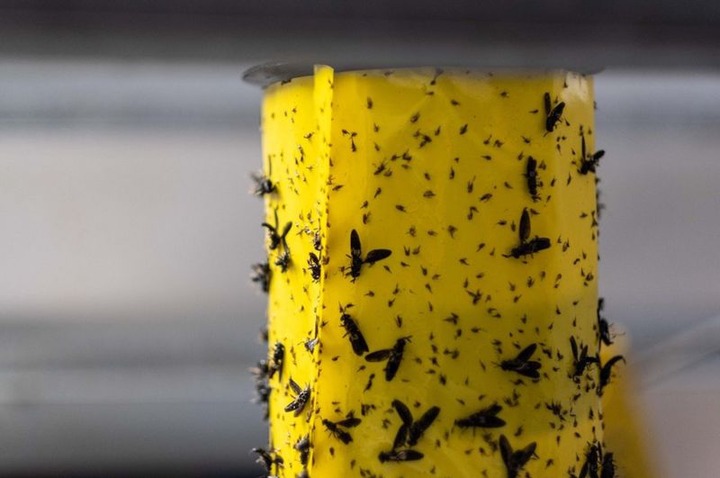 When the flies are fully grown, containers are placed in a machine that separates them from the “dung” - ideal for compost - which will be sold as a type of organic fertilizer.

Mr Malan says there has been a growing interest in this product due to the cannabis-based pharmaceutical industry. From now on, flies can go one of several ways.

Many are dried and exported as adults as chicken feed in the United States. Some are ground into flour that is used by a Norwegian company to make dog food. Some are still made in the form of a solvent for oil or water. 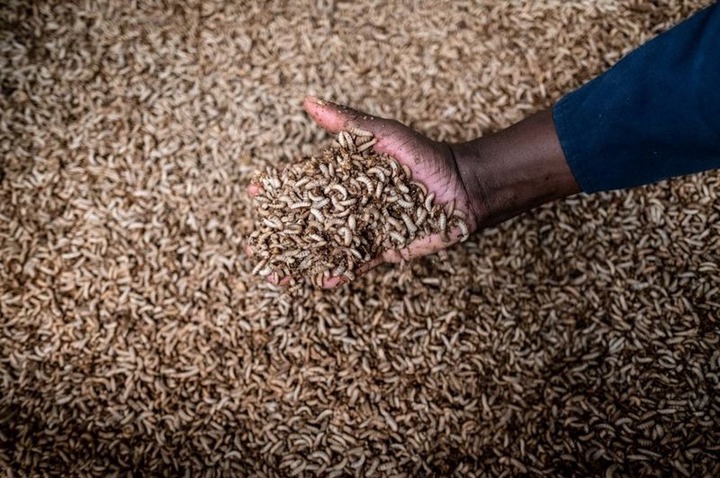 In the corner of the room is a row of large white bags packed to the brim with dried larvae. In humans, insects taste like sand, and some taste a bit sour as a result of the processed grains that the insects are fed.

In a laboratory in the suburb of Woodstock, a neighboring city, comments suggest that agricultural scientists are constantly looking to improve the taste and health benefits of larval products.

This depends on the nutrition given to the larvae, the conditions that contribute to their growth as well as how the final product is made. 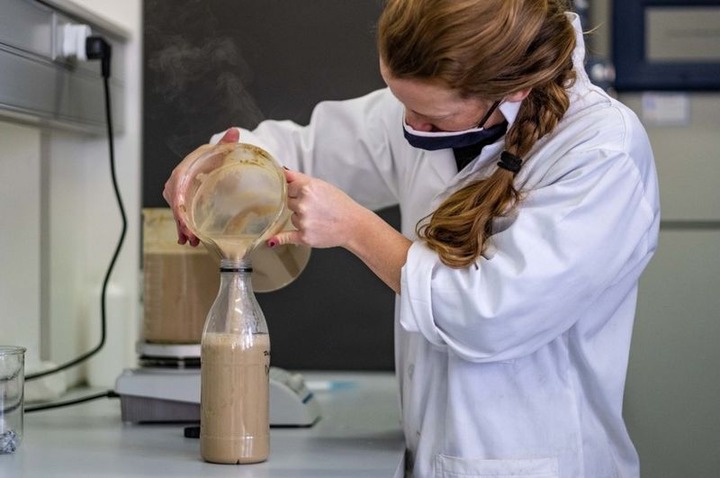 In fact, "says Dr. Leah Bessa, a food scientist and PhD in using fly larvae as an alternative to human consumption. "There's a lot of performance yet."

The latest product Dr. Bessa has been working is something designed to be supplemented with pet food to improve their taste and nutritional benefits.

Before joining Maltento, he hit the headlines in South Africa after launching an insect-based ice cream company. 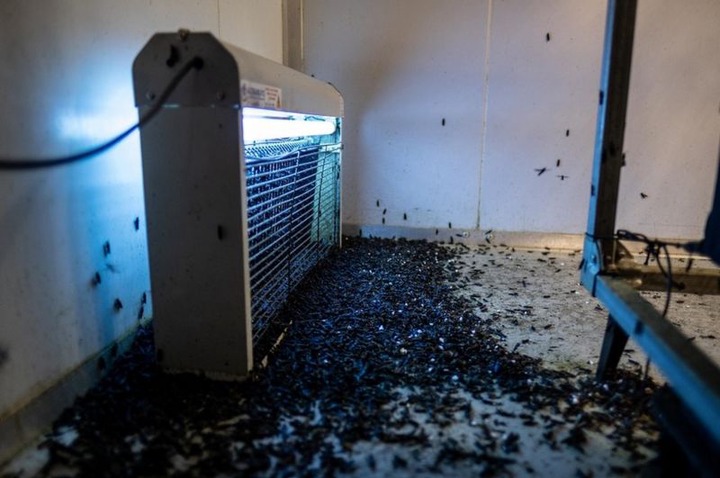 In a 2013 report, the Food and Agriculture Organization of the United Nations said eating insects could help address global food shortages.

But despite the pests being a popular snack in many lands, Western nations have been opposed to the idea. At present, Drs. Bessa believes heavy use of insects can be left over for pets.

"We haven't quite gotten there yet," he says, adding that nausea is still a barrier. Dogs are much easier to feed insects than humans at this time."