Unique Features Of An Eagle

By tonuicherurobert (self meida writer) | 1 months 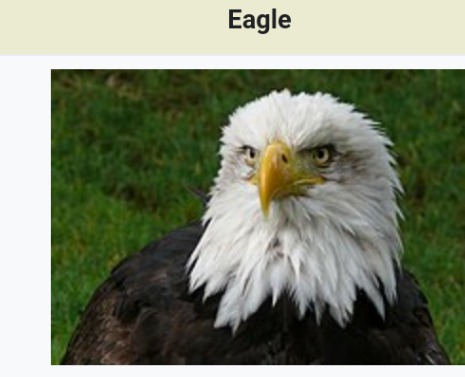 Eagle is the common name for many large birds of prey of the family Accipotrade. Eagles belong to several groups of genera, some of which are closely related. Most of the 60 species of eagle are from Eurasia and Africa.

Outside this area, just 14 species can be found—2 in North America, 9 in Central and South America, and 3 in Australia.

Eagles are not a natural group but denote essentially any bird of prey  large enough to hunt sizeable (about 50 cm long or more overall) vertebrate prey.

Eagles are large, powerfully built birds of prey, with heavy heads and beaks. Even the smallest eagles, such as the booted eagle (Aquila pennata), which is comparable in size to a common buzzard(Buteo buteo) or red tailed hawk (B. jamaicensis), have relatively longer and more evenly broad wings, and more direct, faster flight – despite the reduced size of aerodynamic feathers. Most eagles are larger than any other raptors apart from some vultyres.

The smallest species of eagle is the South nicobar serpent eagle  (Spilornis klossi), at 450 g (1 lb) and 40 cm (16 in). The largest species are discussed below. Like all birds of prey, eagles have very large hooked beaks for ripping flesh from their prey, strong, muscular legs, and powerful talons.

The beak is typically heavier than that of most other birds of prey. Eagles' eyes are extremely powerful. It is estimated that the martial eagle, whose eye is more than twice as long as a human eye, has a visual acuoty 3.0 to 3.6 times that of humans. This acuity enables eagles to spot potential prey from a very long distance.

This keen eyesight is primarily attributed to their extremely large pupils which ensure minimal diffraction  (scattering) of the incoming light. The female of all known species of eagles is larger than the male.

Eagles normally build their nests, called eyries, in tall trees or on high cliffs. Many species lay two eggs, but the older, larger chick frequently kills its younger sibling once it has hatched. The dominant chick tends to be a female, as they are bigger than the male. The parents take no action to stop the killing.

Due to the size and power of many eagle species, they are ranked at the top of the food chain as apex predators in the avian world. The type of prey varies by genus.

The Haliaeetus and Ichythyophanga eagles prefer to capture fish, though the species in the former often capture various animals, especially other water birds and are powerful kleptoparasite of other birds.

The snake and serpent eagles of the genera circaeutus,Tetrethopus , and spilornis,predominantly prey on the great diversity of snakes found in the tropics of Africa and Asia. The eagles of the genus aquila are often the top birds of prey in open habitats, taking almost any medium-sized veterbrate they can catch.

Where Aquila eagles are absent, other eagles, such as the buteonine black chested buzzard eagleof South America, may assume the position of top raptorial predator in open areas. Many other eagles, including the species-rich genus Spizaetus ,live predominantly in woodlands and forests.

These eagles often target various arboreal or ground-dwelling mammals and birds, which are often unsuspectingly ambushed in such dense, knotty environments. Hunting techniques differ among the species and genera, with some individual eagles having engaged in quite varied techniques based on their environment and prey at any given time.

Most eagles grab prey without landing and take flight with it, so the prey can be carried to a perch and torn apart.

The bald eagle is noted for having flown with the heaviest load verified to be carried by any flying bird, since one eagle flew with a 6.8 kg (15 lb) mule deer fawn.

However, a few eagles may target prey considerably heavier than themselves; such prey is too heavy to fly with, thus it is either eaten at the site of the kill or taken in pieces back to a perch or nest.

Golden and crowned  have killed ungulates weighing up to 30 kg (66 lb) and a martial eagle even killed a 37 kg (82 lb) duiker, 7–8 times heavier than the preying eagle.

Content created and supplied by: tonuicherurobert (via Opera News )

Use Of This Ring On Top Of Bottles

8 Body Changes That Should Never Be Ignored

Would You Cut Your Finger If You Lost Your Loved One? Meet Finger Cutting Indonesian Tribe