At least 20 buffaloes and 3 hippopotamuses have died owing to the ravaging drought in Lamu County.

Kenya Wildlife Services (KWS) Senior Warden Mathias Mwavita told Opera News Hub that the wildlife died of dehydration especially after they got stuck in the mud in various water sources that dried up owing to the scorching sun.

Areas where the wild animals died include Pandanguo, Dide Waride, Lake Chomo, Bar’goni, Hindi and some parts of Witu and Mpeketoni which are hard hit by the ongoing drought.

Mr Mwavita said most water sources in Lamu have dried up, a situation that has forced wildlife to flee from their habitats and move to human residences in search of food and water. He said the KWS was in talks with various stakeholders, including non-governmental organizations (NGOs) to assist in addressing the situation which is at its alarming stage.

“We have recorded about 20 buffaloes and 3 hippos that died due to ravaging drought. We are appealing to well-wishers and other bodies to urgently intervene and assist in addressing the drought situation in Lamu. Due to drought, animals have been witnessed moving to residential places as they try to look for water and food. This has resulted in increased human-wildlife conflicts in Lamu. We are making efforts to fight the same,” said Mr Mwavita.

The KWS Senior Warden however warned residents against taking advantage of the fact that most of the wild animals are weak due to drought by hunting and killing them for food.

“I want members of the public to understand that it is better for them to report to the KWS if they spot wildlife in their areas rather than rushing to kill them. Hunting animals like buffaloes thinking they are weak is similar to endangering your own life. KWS are always on standby to assist in driving those wild animals back to their habitats if they happen to move closer to human residences,” said Mr Mwavita. 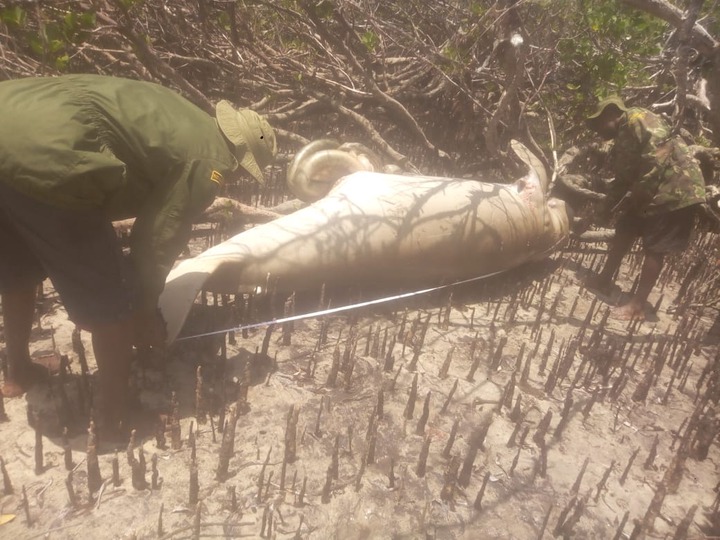 Lamu residents residing in areas worst hit by the drought appealed to the government through KWS to kickstart water trucking for wildlife in the region to help reduce the ever-growing cases of human-wildlife conflicts.

“Our farm crops have completely been destroyed by these stray wild animals, especially the buffaloes and hippos. They have always been feasting on these farm crops. These animals have also been invading our villages in search of water and food. KWS should contain them by at least distributing water to them,” said Mr Peter Mwaura, a Nyumba Kumi Official in Hindi.

Lamu is among the counties in Kenya which are worst hit by drought and require urgent interventions to address the same.

During his recent statement, President Uhuru Kenyatta declared the drought being witnessed in most parts of the country a national disaster.

The Only African Country Were Jesus Visited For Three Years