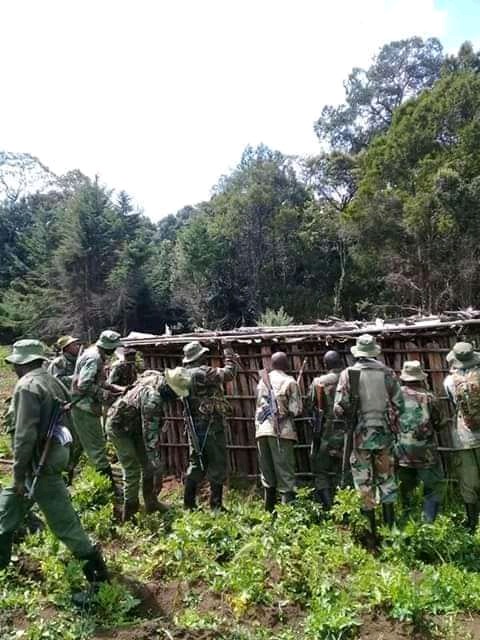 In the human race,there are three basic things human being should possess,that is clothes,food and shelter.

More than 600 families were evicted from mau forest in Narok county,south rift valley region in rift valley a couple of years ago under the leadership of the retired president H.E Mwai Kibaki and the current president H.E Uhuru Kenyatta respectively.

Mau forest is the complex in the rift valley region of Kenya,it has approximately 273,000 hectares and more than 650,000 acres.

The first eviction of the Mau evictees was implemented in 2004 and 2006 respectively under the tenure of the retired president H.E Mwai Kibaki. 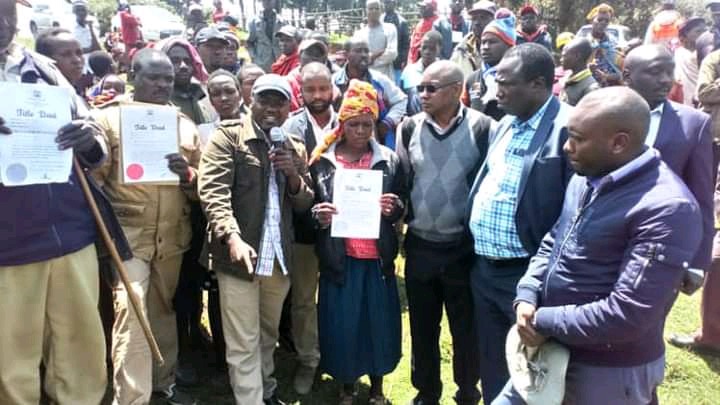 According to the leaders of the rift valley region including the former Bomet governor Hon.Isaac Ruto is that,the eviction which was implemented by the government was illegal and the locals were not issued with the notice.

"There is no gazette notice stating that Maasai Mau is a protected area due to its ecological importance," Hon.Isaac Ruto stated.

The government also evicted the people from forest who are believed to have crossed the cutline were evicted on July 15,2008 under the leadership of the rivals politicians H.E Mwai Kibaki and the Orange Democratic Movement party leader Hon.Raila Odinga.

The former premier Hon.Raila Odinga who was then serving the government of Kenya as the prime minister under the coalition government following the post election of 2007/2008 gave orders that all the people who were residing inside the cutline should vacate and go back to their origin place. 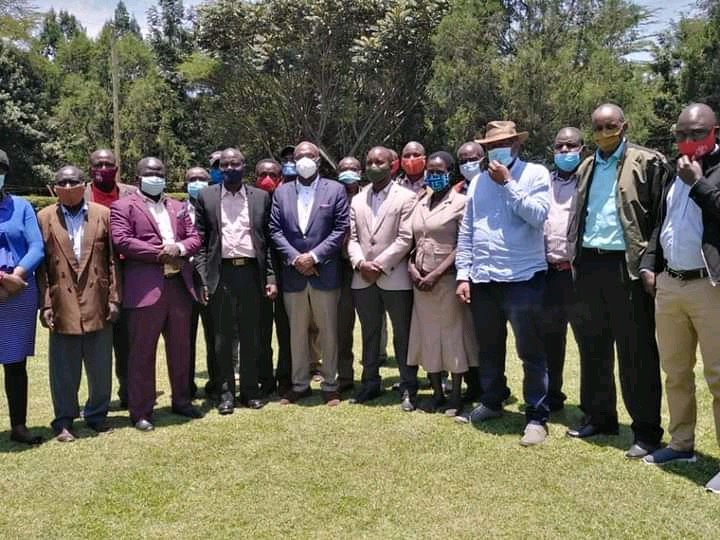 The affected people are believed to have migrated from Bomet, Kericho,Nakuru and Narok counties to settle on mau forest.

According to the former councilor of Sogoo ward,in Narok South constituency in Narok count Cllr Josphat Rotich Kipkose,some people bought their lands and even acquired the legal documents from the land commission within Narok Town,in Narok county.

Cllr.Rotich told our correspondent that,the people who were evicted on phase two had valid document of ownership but the government went on and evicted them. 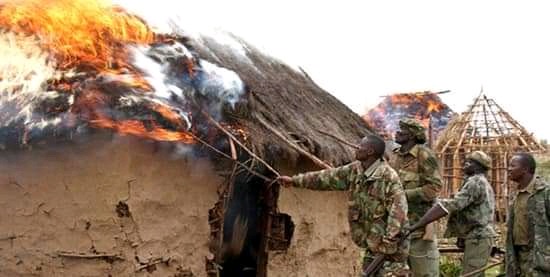 Kipkose who was part of the contractors who were given tenders to construct classes for the learner's and hospital for the betterment of the residents added,the government was wrong to evict the people dispite allocating funds for construction of the public facilities mentioned above, adding that,each school was allocated Ksh.2M.

In July 2018, the residents were abusively evicted by the police including burning their houses and harassing the affected ones,the act which made the human rights department to intervene and discouraged the barbaric action from the police.

The deputy president H.E Dr.William Ruto while speaking at Sogoo high school,in Sogoo ward within Narok South on 25th June 2018 gave out an order that the Residents who were still in living beyond the cutline after the order of the second president H.E Mwai Kibaki who had loosen his heart and allow the Residents to dwell in the said area which was considered as Mau forest as the goverment were still looking for the permanent solution.

"Those who lives inside the forest will be moved out.We have planted tea to separate the forest and the settlement area as we have to conserve our environment," Deputy president said.

The deputy president who was in the frontline campaigning 2008 against the push of to have the squatters out of forest surprised many by his sudden change of tune as far as Mau issue is corncern.

Raila's argument by then was that squatters were destroying water catchment.

However,the second-in-command H.E Dr.William Ruto added that,those who are legal settlers will be issue with title deeds and 15 schools that were demolished by the police in the process in 2005 eviction shall be rebuilt adding that Ksh.65M was allocated for the project.

Mr Christopher Kiplangat Bore is the former chief of Segemian location,Mulot division in Narok South constituency told our correspondent that the government should rethink their decision and provide the lasting solution to the evictees who are suffering alot, adding that children and women are the most affected ones especially during the raining season.

According to the legitimate chairman of Mau evictees Mr.Benard Sang,most children were forced to drop out school due to lack of the basic necessities such as food, shelter and clothes.

The famous and popular radio caller Mr.Sang called upon the leaders including the president of republic of Kenya to consider compensating the affected ones and provide the lasting solution.

The Baringo Senator Hon.Gideon Moi is on record promising the Mau evictees that they are going to be considered in 2021/2022 budget allocation which will have them compensated,the leaders of Mau evictees and MCAs from Narok county had paid the visit to Gideon Moi at his rural home Kabarak.

Moi who is now allegedly considered as part of Jubilee party government promised the same while he was in his BBI popularisation tour in Bomet county. 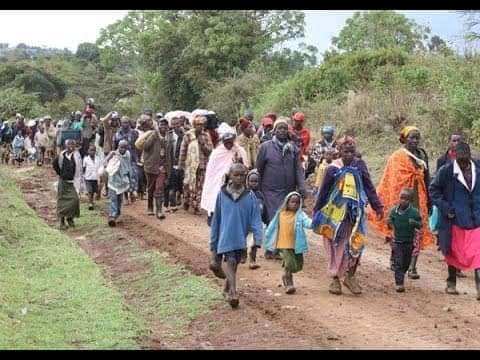 It is now the matter of wait and see if Hon.Moi who has declared his presidential ambition comes 2022 will really rescue the people of Mau who are suffering in the cold as many of the leaders including him are enjoying the comfort of their bungalows in a very serene environment.

The deputy president of republic of Kenya who also hails from the rift valley region and occupying the second highest office in the land has remained adamant in solving the Mau issues buy the political analysts has that,his hands are not not free and he contribute less in the current government which he took part in. creating it.

Is it high time to conclude that,Dr.Ruto has throw in a towel in mau issue dispite that he needs their votes comes 2022,or the issues will be use by the politicians as the political tool?

According to the residents who spoke exclusively to our correspondent is that,it will be a very big boost for any of the two political giants in rift valley region who is going to rescue them from the den of lion they are in.

Will the people of Mau rescued or they will remain in the cold,die of pneumonia,Malaria and other related disease as the government of Kenya fold their hands and watch?