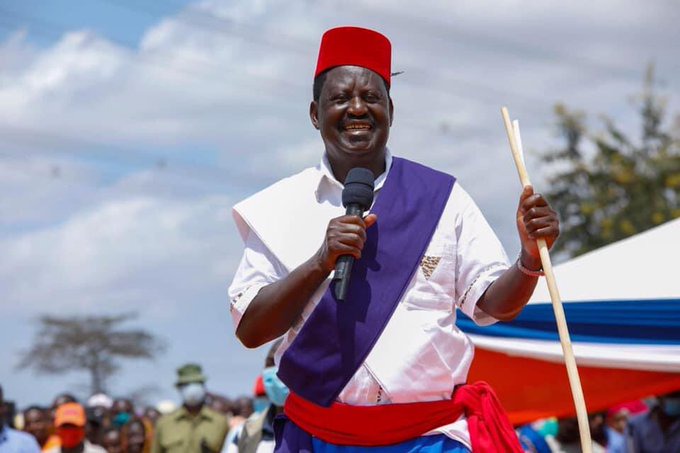 Various political leaders in the country for example Ann Kananu among others have earlier on paid visits to Raila Odinga where they gifted him various gifts, among them, goats.

Vocal political strategist and adviser from the North Eastern region of Kenya has revealed a bigger gift he is set to give to the former Prime Minister Hon Raila Amolo Odinga.

On his twitter page, the political strategist Mohamed Welihye shared a photo of himself together with his animals where he revealed that he was figuring out which from his hard of camels is fit to be gifted to Raila Odinga.

The following shows what Mohamed Welihye noted on his twitter page concerning the same; 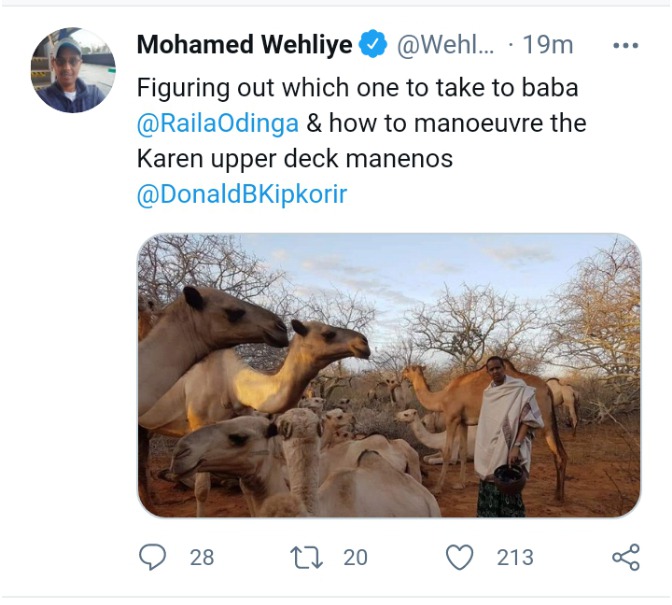 According to Mohamed Welihye, one of the camels on the following photo will be gifted to Raila Odinga. 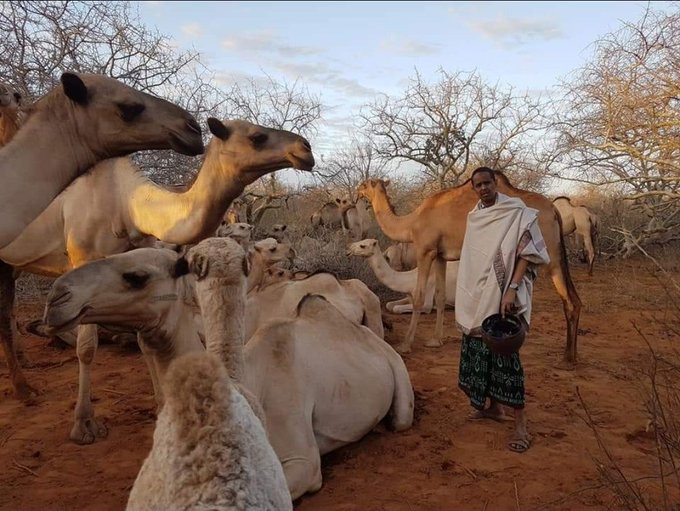 ''I would really appreciate one too. During the dry season, we offer pasture to our country people from North Eastern in Makueni. Only that your cows are bigger than ours and they eat more.'' Kibwana noted on his twitter page. 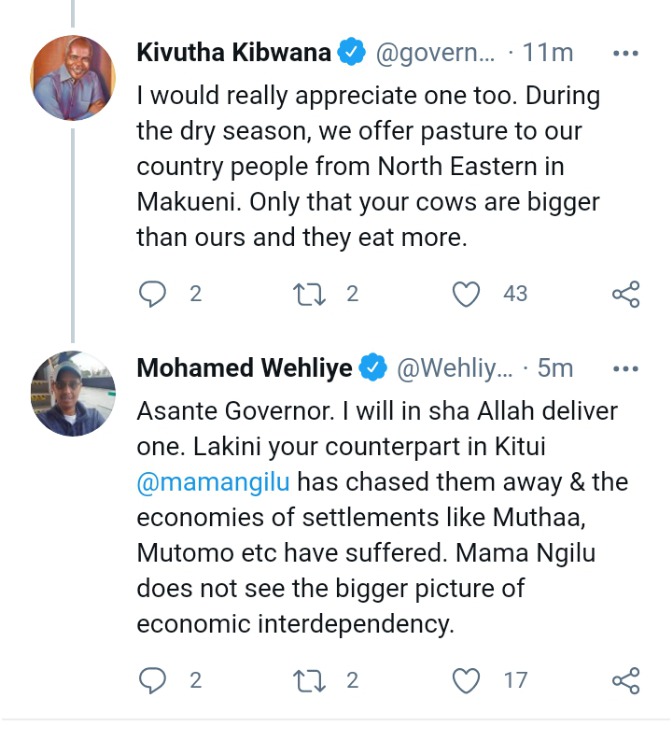