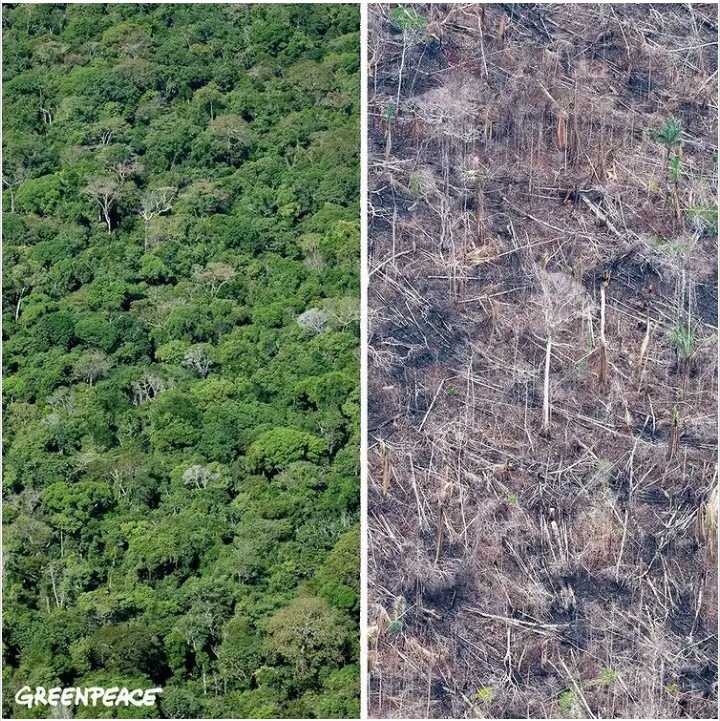 It is now clear that the Amazon region is seriously suffering from deforestation. Between the year 2017 and 2018 about 3,050 square miles (7,900 km²) of the forest were cut down, and it was reported that the activities were mostly illegal. 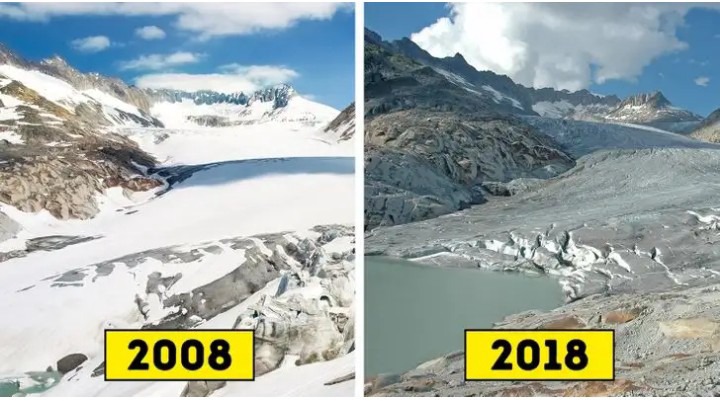 This the evidence from the past 10 years that has shown that the Rhône Glacier is rapidly melting. Since 2008, it has shrunk 40 meters. But the Swiss government decided to start covering the area with UV-resistant white blankets in the aim of saving it. Experts believe this will help to reduce summer ice melting by up to 70%.

Plastic in the world’s oceans 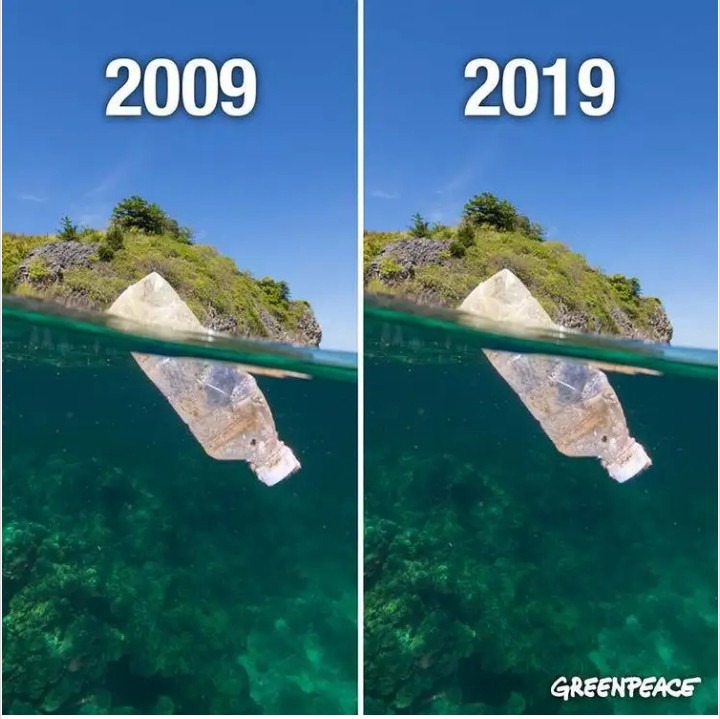 It was estimated by scientists that there are around 18 billion pounds (almost 8.2 tons) of plastic that flood the ocean every year and that adds up to about 82 million tons per decade. That can be the main reason why our poor oceans look like giant trash bins. A recent expedition featuring the famous Richard Branson found that plastic has even made it to the bottom of the Great Blue Hole. 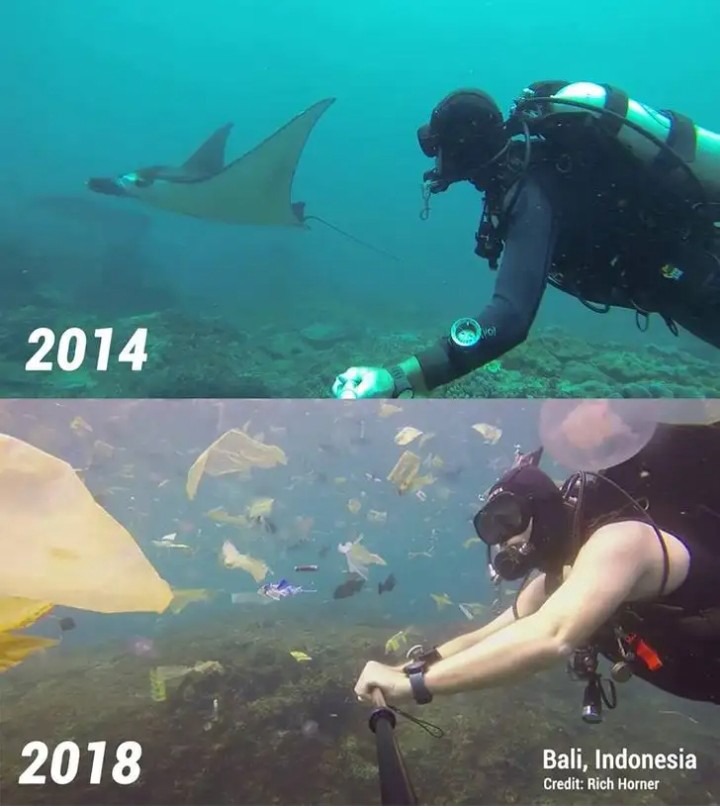 This images shows a gap between 4 years which looks so scary. The second image was taken by Rich Horner who decided to enjoy a day of diving in Manta Point. Note that Manta Point isn’t usually home to this much plastic but according to Rich and the Aquamarine Diving Site staff member Adriana Simeonova, the water was clear the day before and after filming, meaning that all those bags and bottles are moving with the currents at a fast pace, and no one knows where they’ll pop up the next time, if they’re not removed. 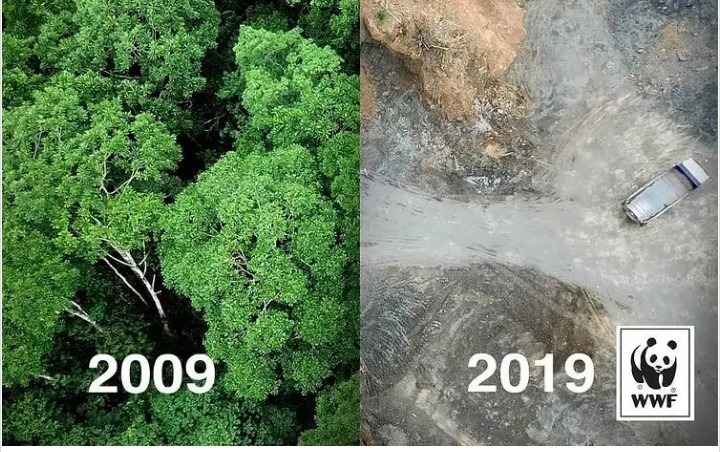 This is the consequences of palm oil farming, the plants adore warm and humid tropical climates, therefore rainforests are being destroyed to create space for new plantations. Palm oil farming is to blame for 47% of the total deforestation in Borneo since tje year 2000. 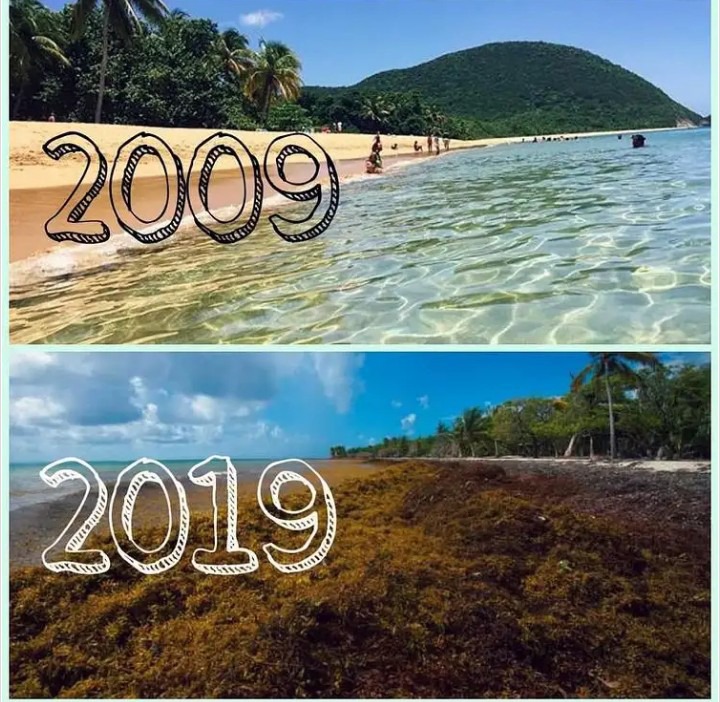 The Caribbean shores of the French island of Guadeloupe are almost buried under an incredible amount of brown algae called sargassum because of global warming. It began in 2011 after the high water temperatures of 2010 caused currents and winds to change their direction, which threw tons of algae from Brazil, to the Caribbean shores. 2018 was the worst year so far according to the experts. 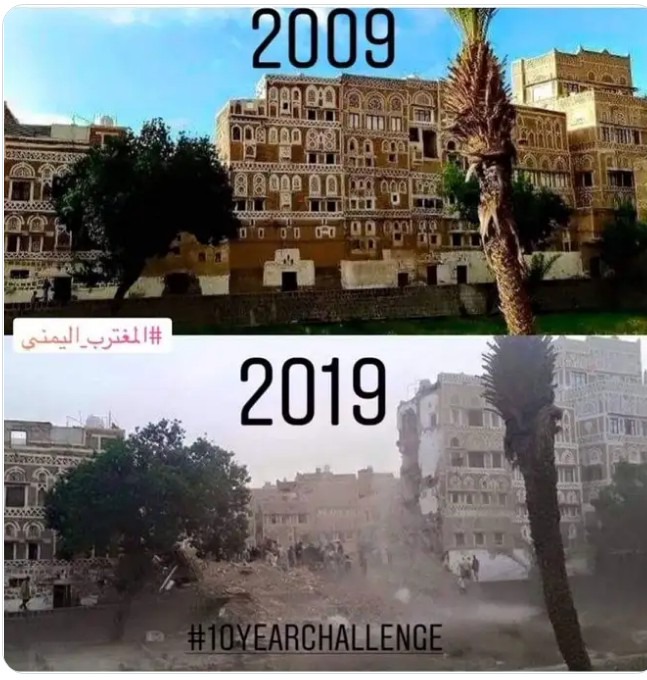 This challenge depict environmental problems. People living in areas like Sana’a, with constant conflict happening around, show how beautiful their cities were and how drastically they were affected by the events that have taken place over the years.