The hated mosquito does more than ruin a camping trip, backyard barbecue, or walk in the woods. The insects kill more people than any other critter on Earth and global heating is bringing them and the fatal diseases they transmit to places where they have never been seen before.

Researchers suggest the mosquitoes’ “total body count approaches half of the 108 billion human beings who have ever lived throughout our relatively brief 200,000-year or more existence” (Globe and Mail). 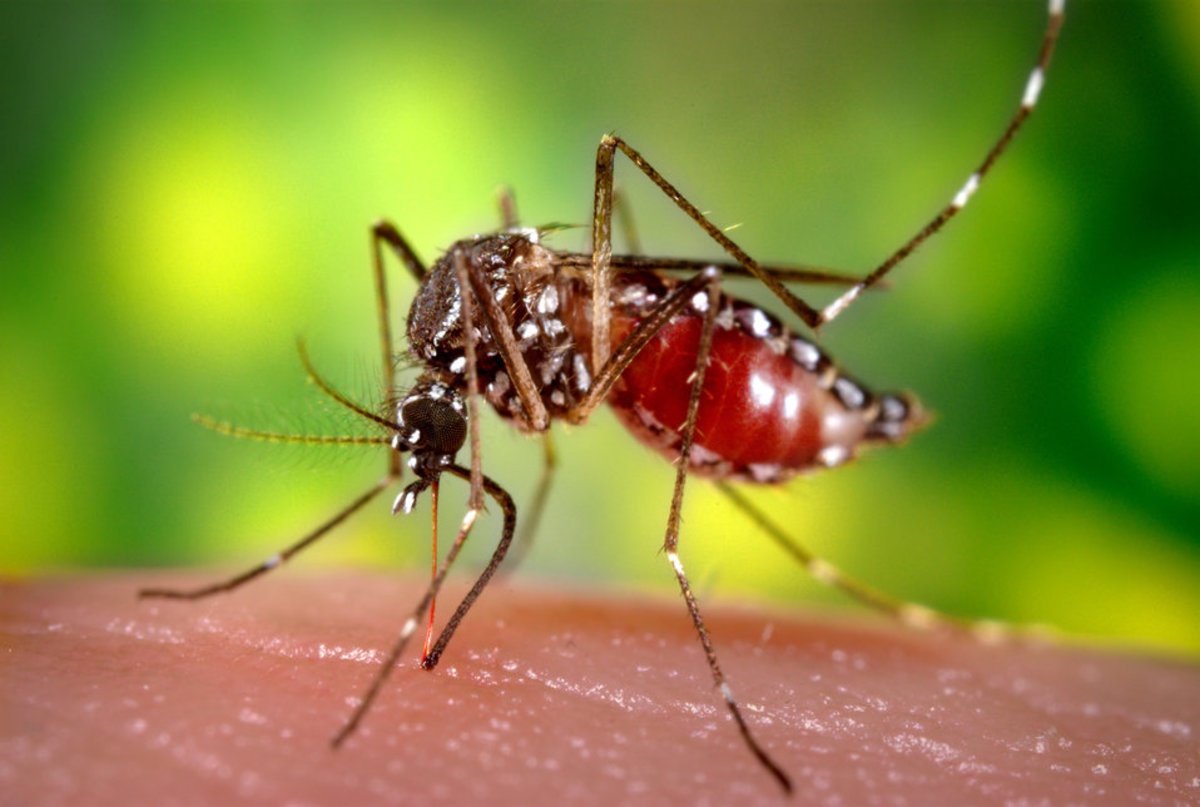 1.The word “mosquito” is Spanish and it means “little fly,” but it punches way above its weight. In the league table of killers, the mosquito ranks above every other life form.

2.Humans kill about 475,000 other humans in the course of a year; mosquitoes bump off three or four times that number.

3.There are more than 2,500 different species (although some sources say 3,500) but only a small number of them transmit diseases; the well-known ailments being malaria, yellow fever, encephalitis, and dengue fever.

4.Malaria is transmitted via a parasite that lives in the gut of anopheles mosquitoes. Other species carry diseases from one sufferer to another in subsequent blood meals.

5.Only the females suck blood and it’s not because they are hungry. Here’s National Geographic: “They use the blood not for their own nourishment but as a source of protein for their eggs. For food, both males and females eat nectar and other plant sugars.” Each female can lay up to 300 eggs at a time.

6.They love warm, swampy places so the country with the most mosquitoes is, of course, Canada. What, the frozen North? Yes. Entomologists estimate there are 100 trillion mosquitoes in Canada each summer. The country holds 20 percent of the world’s fresh water, which is prime mosquito breeding habitat.

“Considering their impact, you might expect mosquitoes to get more attention than they do. Sharks kill fewer than a dozen people every year and in the U.S. they get a week dedicated to them on TV every year. Mosquitoes kill 50,000 times as many people, but if there’s a TV channel that features Mosquito Week, I haven’t heard about it.”— Bill Gates

As the planet heats up, species of mosquitoes are moving into more northern latitudes and they are carrying disease potential with them.

Malaria and yellow fever have occurred in North America; there was an outbreak of the latter disease in Philadelphia in 1793 that killed 100 people. Today, two thirds of the United States is in yellow fever danger zones. That sounds alarming but the odds of contracting the disease with a 40 percent fatality rate are extremely low.

During the building of the Rideau Canal in Ottawa, Canada in the early 19th century between 500 and 600 workers died from malaria. There are still about 500 cases of malaria across Canada each year.

Recently, a disease that had never been heard of before appeared in North America.

West Nile virus turned up in New York City in 1999. The mosquito carrying the disease has spread across southern Canada and most of the United States. Fortunately, most of the people contracting West Nile don’t know they have it, but an ill-fated 0.5% will suffer brain swelling, coma, and death.

But, as Timothy C. Winegard writes in The Globe and Mail “West Nile, however, is not flying solo. Other mosquito-borne diseases are also making the rounds. The Jamestown Canyon and Snowshoe hare viruses, weaker cousins of West Nile, have appeared across Canada, and Eastern equine encephalitis made its first domestic human appearance in Ontario in 2016.”

There was near panic at the Summer Olympics in Brazil in 2016 when the Zika virus was discovered. It’s a mosquito-borne disease that causes severe birth defects as well as neurological disorders.

Zika first appeared in Brazil in 2015, and has spread throughout South and Central America, most of Africa, and large swathes of Asia. With hotter temperatures, the mosquitoes carrying the virus can be expected to turn up in more northern latitudes.

As of 2021, there have been more than 5,000 cases of Zika in the United States, almost all of them related to travel in tropical zones. However, a tiny number of infections have come from person-to-person transfer. 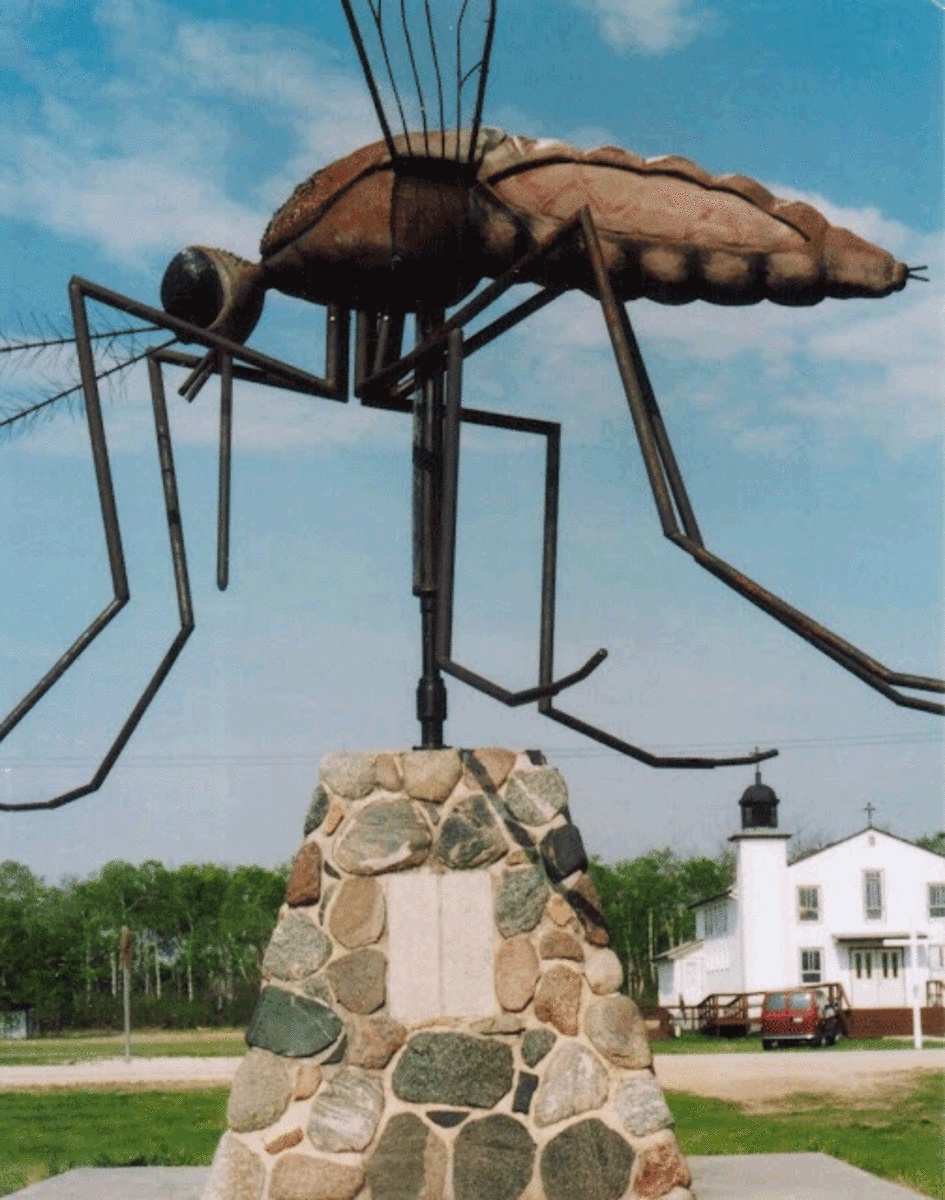 DDT was once sprayed on mosquito breeding areas to great effect. The insecticide killed billions of mosquitoes, but unfortunately, it also killed billions of other life forms. So, DDT was banned in the U.S. in 1972. It’s still used in some countries but the little rascals have developed resistance to DDT.

A much better control measure is to introduce gambusia, or mosquito fish, to breeding areas. They dine of mosquito larvae in large numbers. Dragonflies also feed on adult mosquitoes and are released in the summer in some towns in Maine.

Swatting the little blighters one at a time will do nothing to reduce the skitter population. Neither will the bug zappers that use ultraviolet to attract the pestilential mozzies and then fry them with electricity.

Here’s Jonathan Day, associate professor of entomology at the University of Florida: “Bug zappers will not control mosquitoes or other biting insects such as horseflies, dogflies, or deerflies.” He says “They are a total waste of money.” However, they do kill large numbers of beneficial insects.

More recently, different technologies have been introduced into the bug battle. However, the most effective ones are quite pricey.

Citronella candles repel mosquitoes, but only if you are standing in the smoke. Applying a repellent that contains DEET to exposed skin is a strategy that works.

The fact is that we are very unlikely to eradicate mosquitoes and doing so could have a disastrous impact on species that prey on them. The best we can do is learn to live with them.

This article is accurate and true to the best of the author’s knowledge. Content is for informational or entertainment purposes only and does not substitute for personal counsel or professional advice in business, financial, legal, or technical matters

Popularity Of Raila After Picking Karua As His Running Mate