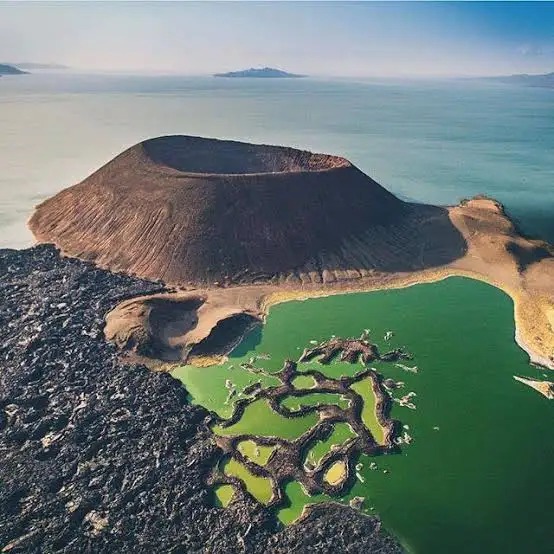 It is the largest alkaline lake in the world and also the world's largest permanent desert lake. Lake Turkana lies in the Eastern Rift Valley in northern Kenya with its far northern end extending to Ethiopia. 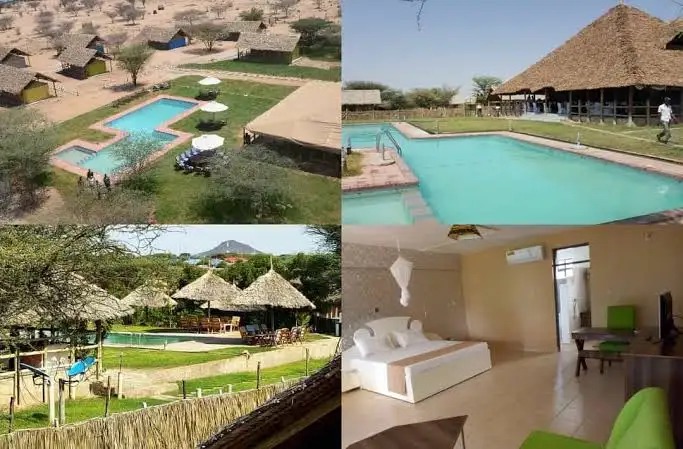 The Lake has only been around for the past 200,000 years, but the expanding and receding shores of the lake have provided food and water to organisms for millions of years.

Today, scientists study the stratigraphy of the Turkana basin to better understand the age of fossils discovered there. Lake receives 90 percent of its water from Omo River. Rising temperatures and reduced rainfall have contributed to the lake's retreat into Kenya. 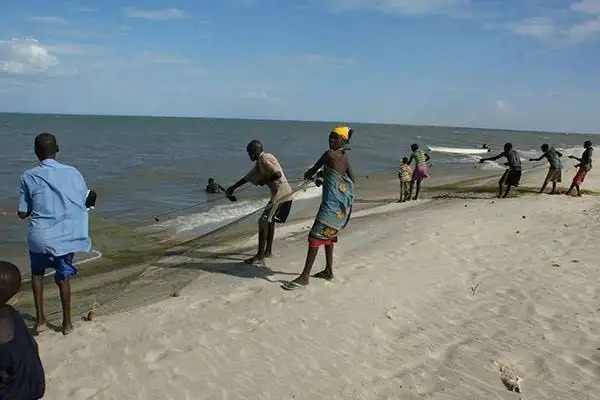 The lake sustains 60 species of fish which are much sought-after by anglers, including tiger, cat and puffer fish, tilapia and Nile perch. Also numerous in the lake are Nile crocodiles, which have numbers in their thousands