Strange As Man Found Dead In A House Surrounded By Snakes

By News.Happening (self media writer) | 3 months ago 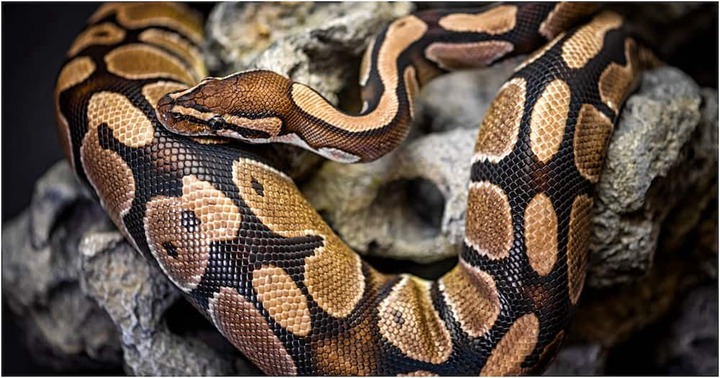 The wise men said wonders of the world will never end, now a strange incidence comes after a 49-year-old man whose back ground is the United States of America (USA) was busted dead at his home and the compound surrounded by more than 100 venomous and non-venomous life snakes. Among the strange snakes was a 14-foot Burmese python. As per the sources, the body of the deceased was discovered first by the neighbors after deciding to pay a visit to him only to find the carcass lying on the floor in his house.

The neighbors hence made a call to report the matter to the Charles County Sheriff's Department who however responded and reported to the scene immediately as the BBC says. The authorities say they found the differentiated snake breeds in tanks that were on racks among included breeds of: pythons, rattlesnakes, cobras and black mambas. The man is reported to have been leaving alone and his neighbors never knew he has been keeping snakes at his home which is illegal according to the Maryland animal controller.

Stop Wasting Money: Use This Herb To Treat Stomach Ulcers and Other 3 Diseases

Daring Thief Steals Two Phones From Asian Guests In A Kisumu Restaurant Then Takes Off (Watch).

5 Genius Ways To Be Instantly Prettier

"Kumbe" Hidden Secrets Behind Black-Spotted Bananas You Have Never Known