By EnockKipkorirYator (self media writer) | 2 months ago

According to KSP magazine, the Aral Sea was an endorheic lake located between Kazakhstan and Uzbekistan in the north and south, respectively. It began to shrink in the 1960s and has dried up completely by the 2010s. With a surface size of 68,000 km2, the sea was the world's fourth-largest lake. The Soviets diverted rivers that sustain it to irrigate cotton plantations. After shrinking to 10% of its previous size, is divided into four lakes in 1997. 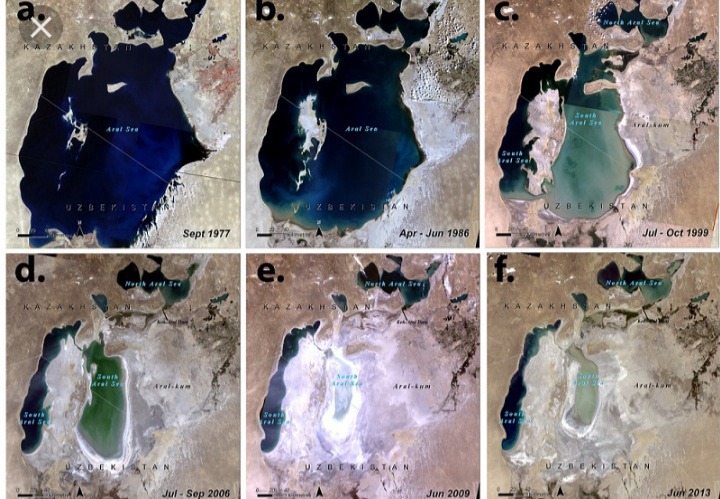 The Aral Sea has tried up by August 2014, leaving a vast area of desert behind. The lake was a freshwater lake with a strong fishery and a profitable muskrat pelt industry. It was once surrounded by rich communities that are now abandoned. Hundreds of millions of fish died, and the coast receded miles from settlements, leaving ships and boats behind. Its ecosystem was largely damaged as a result of increased human activity. 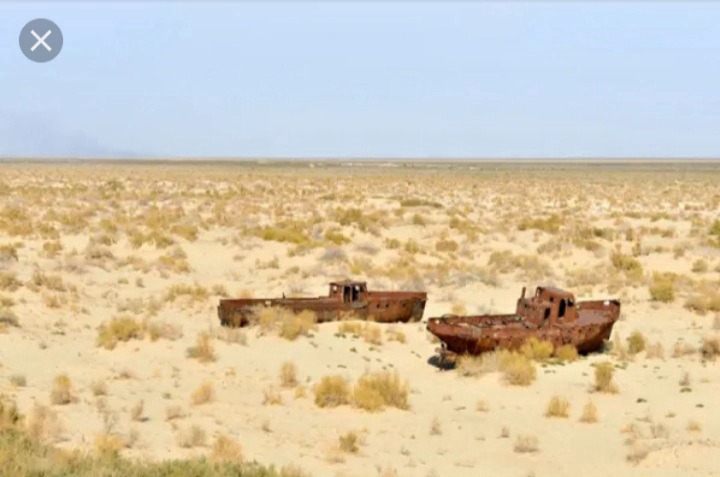 The bones of dried trees and camels sheltering under gigantic, abandoned boats are the only evidence of life. Because the Soviets used to test and manufacture biological weapons, the area is extremely polluted. 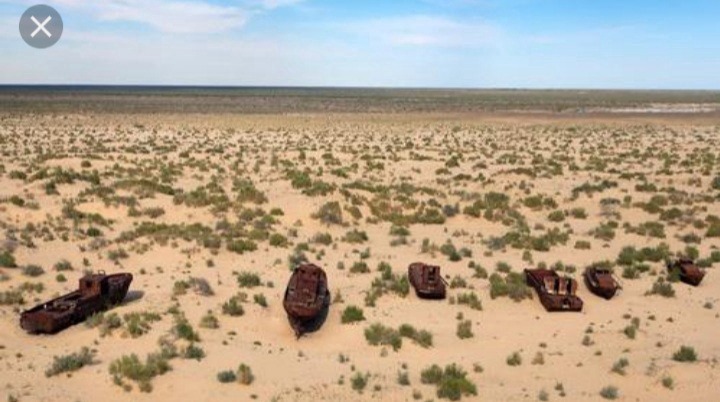 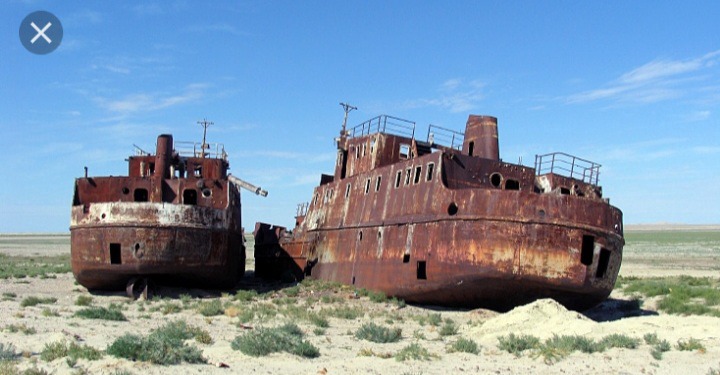 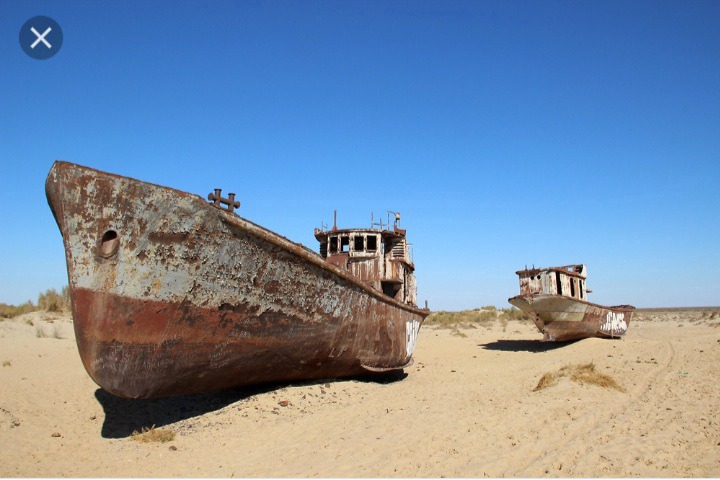 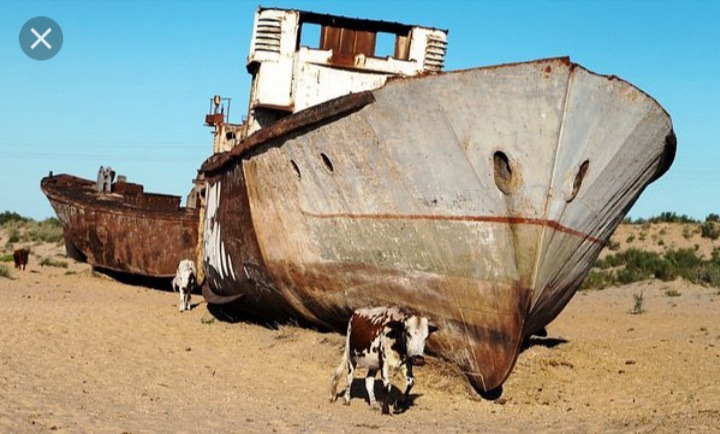 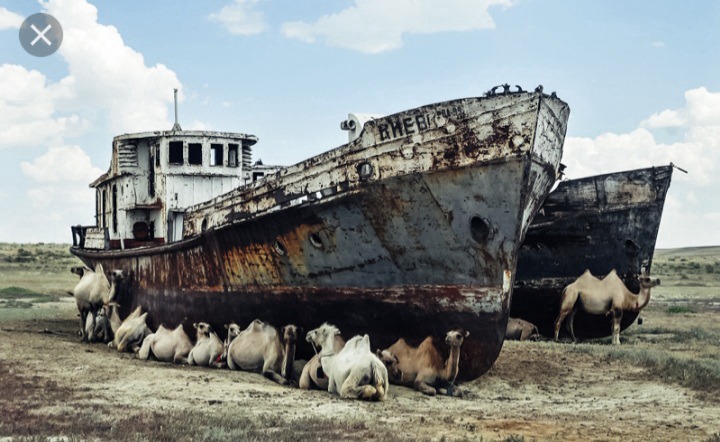 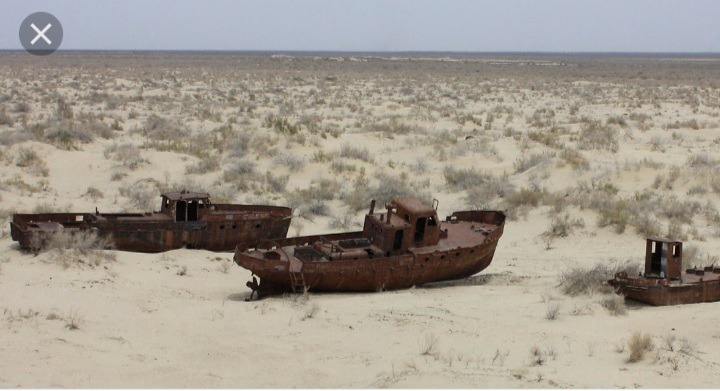 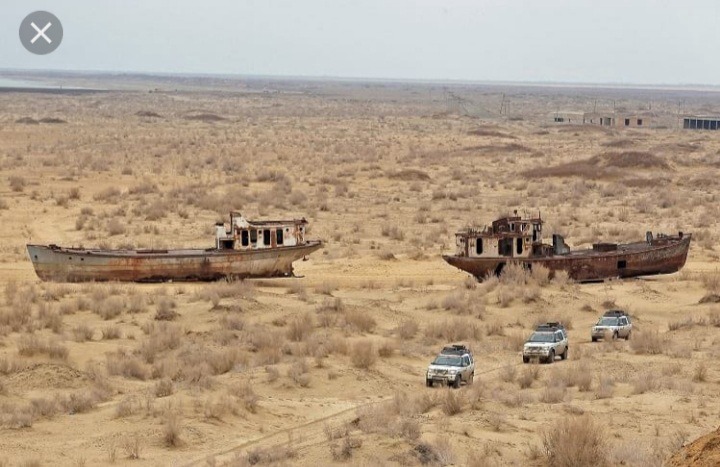