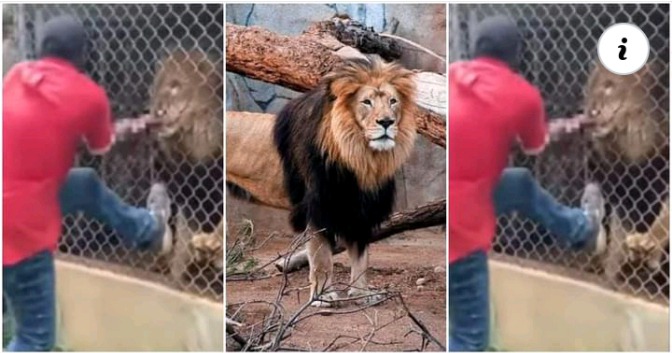 Tuko news on Facebook shared information that a zookeeper's ring finger was bitten off after he attempted to pet a caged lion.

According to Tuko, the man was trying to impress tourists at the facility, reached his hand into the lion's chain link enclosure before disaster struck.The zookeeper left the Zoo immediately after the incident.

"Yes kidole sambusa. A zookeeper's ring finger was bitten off after he attempted to pet a caged lion.The man, in an attempt to impress tourists at the facility, reached his hand into the lion's chain link enclosure before disaster struck.With his finger severed and his ego hurt, the zookeeper got up to his feet and immediately left the zoo." 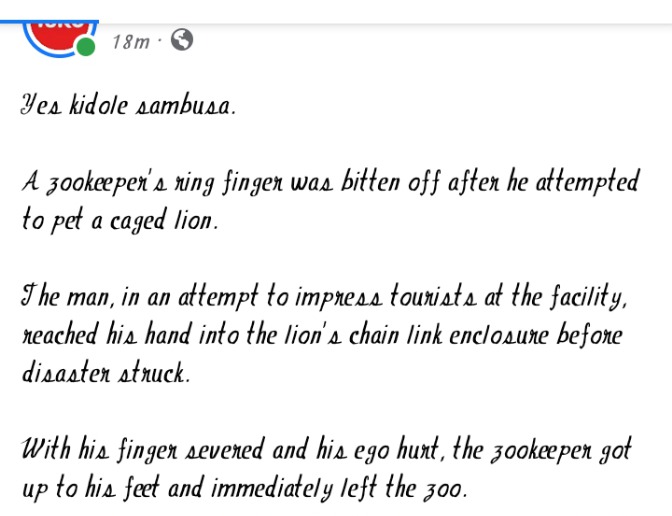 A fan replied saying,"Maybe that's how he get his daily bread today was a bad day ..visit Naivasha n see the man who keep snake he lost two fingers.."

Another fan replied saying,"In fact he risked his life, I feel sorry for him and his wife because the lion swallowed the ring so the marriage is gone so sad." 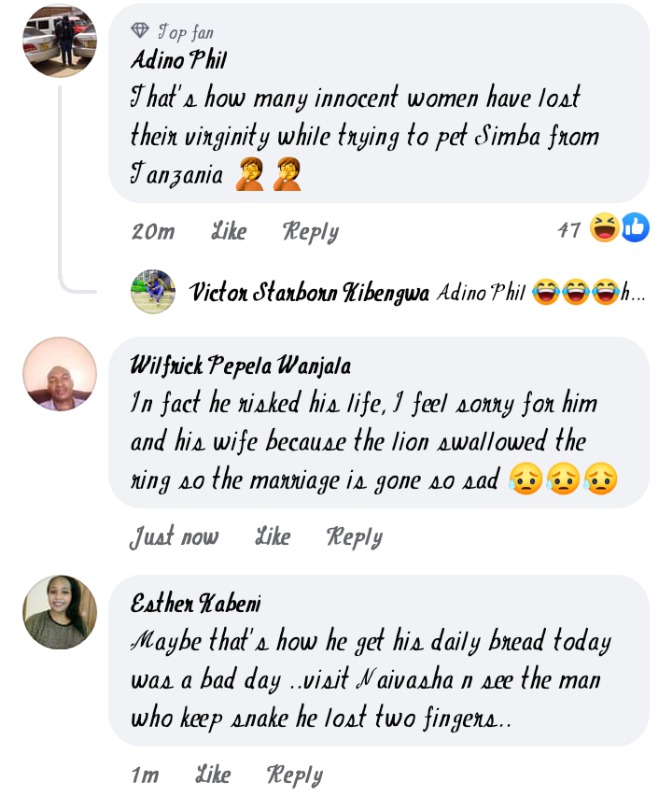