One of these animals is a literal dinosaur, a deadly assassin with the strongest bite in the animal kingdom. The other is nature's monster truck. Big, brutal, and always in a bad mood. They're the crocodile and the hippo and while they each sit at the top of their respective food chains; they have the unfortunate situation of being roommates.

Sub-Saharan Africa plays home to some of the wildest and most ferocious animals in existence. No matter which way you look, there is always a set of teeth or claws looking to turn you into lunch. 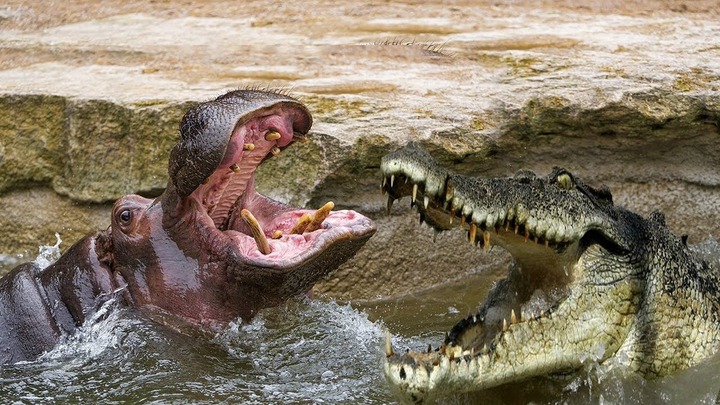 The crocodile is no exception. Lurking in the swamps, rivers, and water holes of this expansive country, crocodiles are the biggest and deadliest reptiles on the planet.

They've existed virtually unchanged for 150 million years and counting and why change if you don't need to.

Their size, strength, and fearsome bite force make them a successful apex predators in virtually any environment.

Then you've got the hippopotamus, a hulking hungry aqua monster with a damper to match. While the name hippopotamus means water horse in Greek, hippos, and horses couldn’t be farther apart genetically if they tried.

Hippopotamuses are more closely related to whales that check out when you see the sheer size of one. Add in the fact that they're powerful swimmers and can run on land at speeds up to 30 miles an hour and it's no wonder that hippos claim an average of 500 human lives every year.

In the not too distant past, Hippos and crocodiles would hardly ever cross paths.

There were drinking spots for everyone but as humans slowly encroached on the natural habitats of both creatures and climate change dries up once-fertile water holes’ crocs and hippos have found themselves sharing their stomping grounds more and more.

So with both hippos and crocodiles existing in the same shallow waters of sub-Saharan Africa, surely there'd be fights over the best drinking spots. Well, it turns out not really but why?

For starters, let's deal with the obvious. A hippopotamus is a vegetarian preferring around 150 pounds of grass every day. Crocodiles just aren't on the menu; they’re also not scared of crocodiles at all.

They've even been captured tormenting and teasing crocs who are powerless to stop it. Even the largest crocodiles would struggle to take down what is essentially a muscular tank coated in three-inch-thick skin and while crocs have been known to snack on baby hippo calves, they wouldn't dream of taking on an adult. 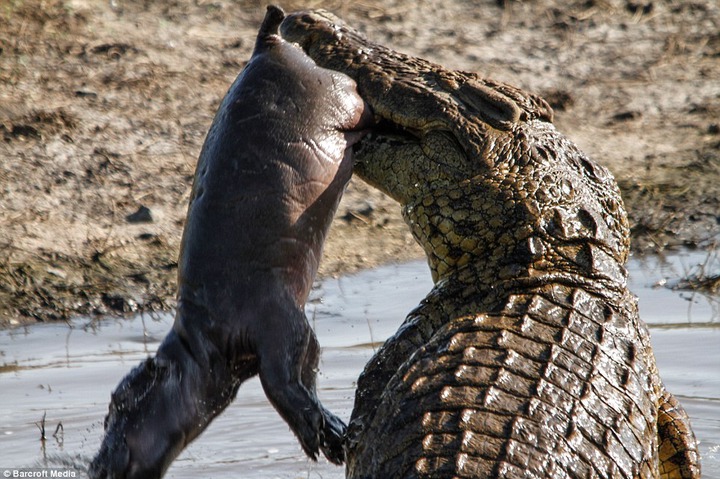 Hippos have been rumored to be able to snap crocs in half with a well-placed bite.

So why does the hippo tolerate the crocodile and why doesn't the croc just pack up and find a new hippo-free waterhole?

These two have found a way to co-exist in a mutually beneficial relationship. One that ends up in a win-win for both.

You see hippos need a lot of food to maintain their massive size and it's not in their best interest to have herds of other plant-eaters coming in and feasting on their share. If the occasional zebra or wildebeest gets snapped up by Mr. crocodile, well that’s one less mouth chomping on the hippo’s grasses. So what's in it for the crocodile?

Despite their bad-tempered reputation, hippos have a calming almost reassuring presence to other plant-eating animals.

When other herds see a handful of hippos drinking at the lake, they're more likely to assume it's safe and come closer to the waiting jaws of the crocodile