According to KSP magazine, the Aral Sea was in the endorheic lake lying between Kazakhstan in the north and Uzbekistan in the south. It began shrinking in the 1960s and had extensively dried up by the 2010s. The sea was the fourth largest lake in the world with an area of 68,000km². Rivers that sustain it were diverted by the Soviets to irrigate the cotton fields. It splits into four lakes in 1997 after declining to 10% of its original size. 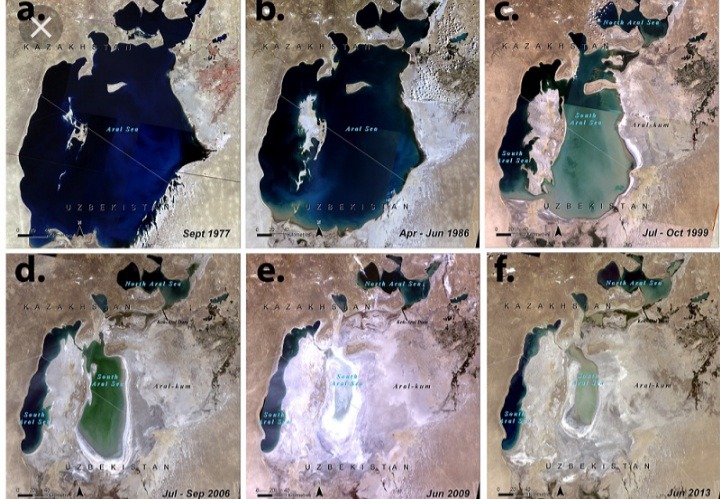 By August 2014, the Aral Sea dried up completely leaving behind a large swath of desert. The lake was a freshwater lake that supported the lucrative muskrat pelt industry and thriving fishery. It was ringed with prosperous towns that are now desolated. Millions of fish died and the coastline receded miles from towns leaving behind ships and boats. Its ecosystem was destroyed mainly as a result of the increased salinity as well as the testing of weapons by the USSR. 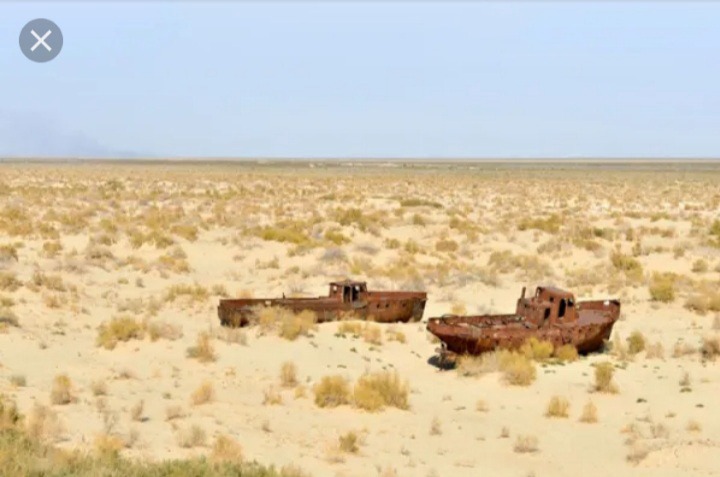 The government of Uzbekistan is drilling gas and oil in the land that was once a seabed while Kazakhstan built a dam in its last-ditch effort to save some part of the lake that extends to its territory. Afforestation of the drained seabed is being done to mitigate the sandstone that causes erosion and further degrade the fragile soil. 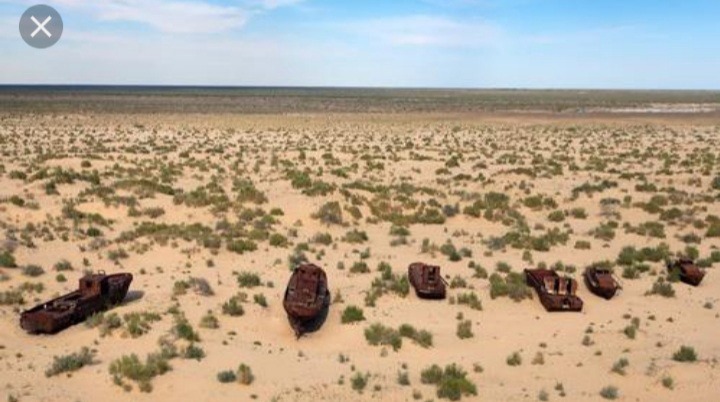 The only signs of life are the skeletons of desiccated trees and camels shading under giant, stranded boats. The place is very contaminated because the Soviets used to test and produce biochemical weapons. 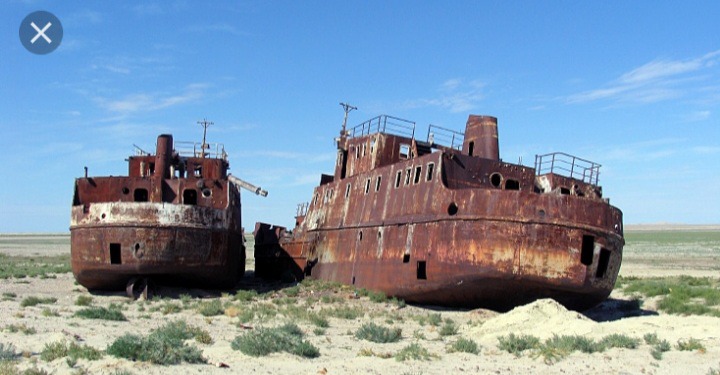 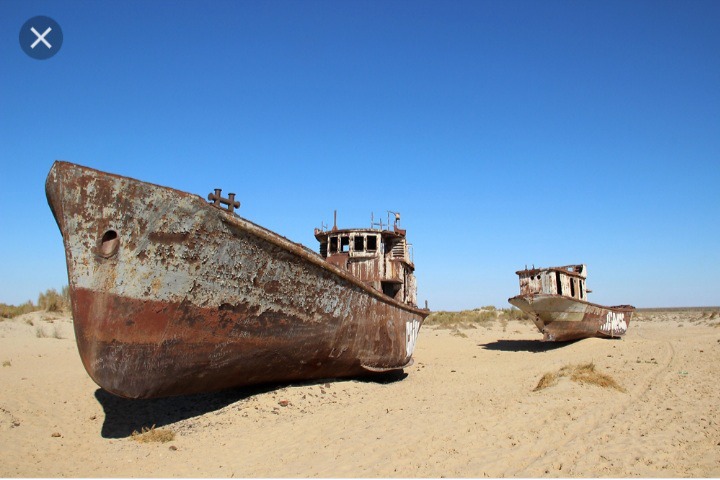 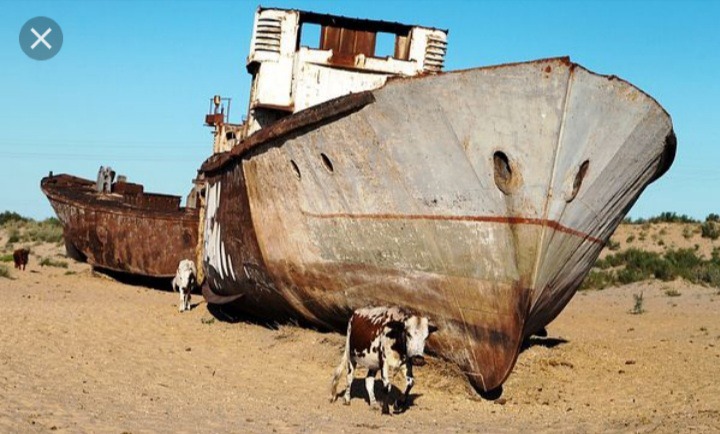 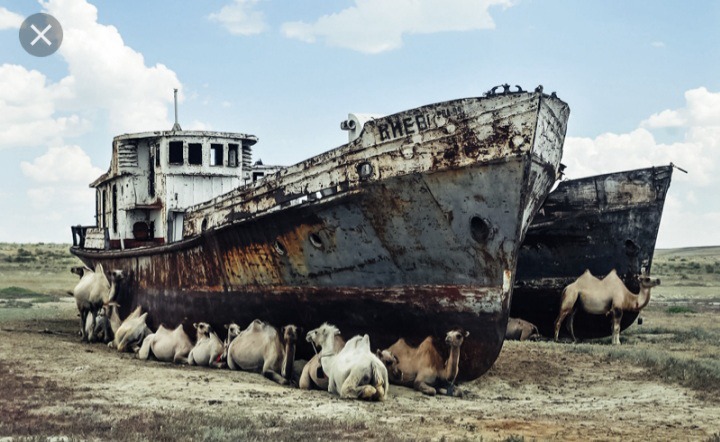 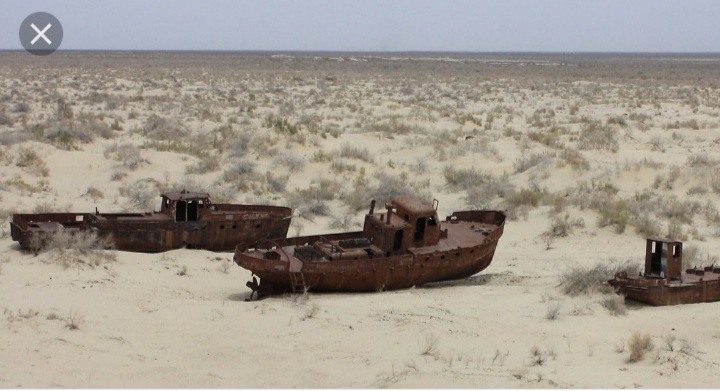 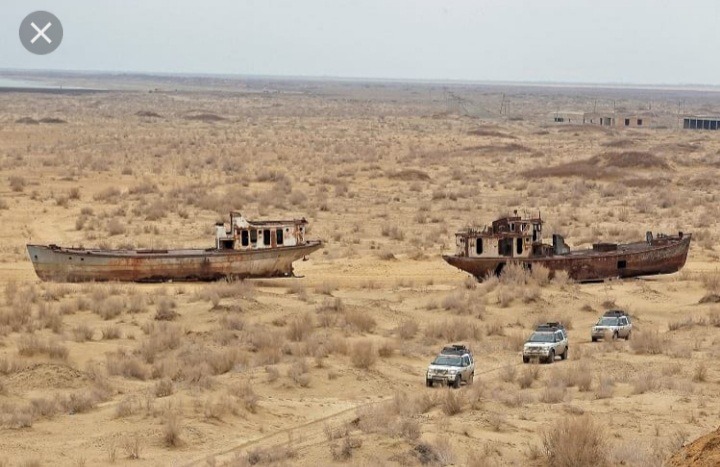