13 Animals That Are Known For Supernatural Influence

By Nyariogi (self media writer) | 5 months ago 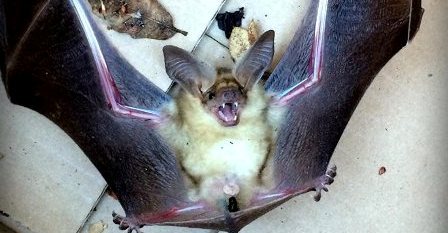 Often called the “Deathwatch Beetle” old superstition says a black beetle crawling across your shoe or tapping inside a wall is a sign of death to come. Some versions say you can avoid this unwelcome fate by safely transporting the beetle outside.

Most people have heard of the superstition that a rabbit’s foot will bring good luck, but some cultures believe rabbits bringing bad luck! Thought to be witches in disguise, there are still some people who do not own rabbits due to this belief.

Navajo legends indicate the Coyote can be a bad omen if seen while on a journey. They say to turn back if you see a coyote in your path, otherwise you may meet a terrible fate!

Known to bring luck good and bad, owls have been written into the oldest of folklore. Some African countries believe the owl to be a messenger for shamans to communicate with the spirit world. A Zuni tribe legend indicates an owl feather in a baby crib keeps evil spirits at bay.

A Malagasy legend says the Aye-Aye, a Madagascar lemur, is a bad omen. Some still believe an Aye-Aye that enters a village is a sign of death to come.

In Poland and China, many see bats as a sign of a happy and long life. However, many legends tie the bat to witch folklore, saying they can be evil spirits in disguise.

Have you ever seen a pink dolphin? Amazonian lore says that the pink dolphins were humans once, and will transform into humans at night and steal children from their homes.

Like many on this list, the butterfly has been known to bring the greatest and worst of luck. A Louisiana legend says that a white butterfly in the home is followed by a string of good luck. Others say that a swarm of butterflies warns of an especially cruel winter to come.

Fishermen have always been known to tell tall tales, but many of them are also superstitious! Some say to throw back the first catch for a lucky day of fishing. An even odder fable says to never utter the word “pig” while fishing, or surely you’ll catch nothing.

Crows have so many superstitions surrounding them, there is a little saying to remember them all: One’s bad, Two’s luck, Three’s health, Four’s wealth, Five’s sickness, Six is death.

Always known to be a bit mischievous, foxes have plenty of lore surrounding them. A single fox crossing your path is considered good luck, but watch out for a group of foxes they are considered a sign of great misfortune!

Ever see a line of ants crossing your path? Some say to never hop over, this could bring bad luck to you and your family.

The superstition of black cats bringing bad luck is one of the most well known in modern day society. Unfortunately, this unfounded superstition leads to black felines being the least adopted in animal shelters across the country.

Current EPL Table Standings After All Sunday Games Were Played

"I Don't Want to See Any Lady Twerking for My Husband While He is Performing" Vera Sidika Says.