Police officers from Mtwapa in Mombasa are currently investigating an incident that happened yesterday in the evening after a man is reported to opened fire moments after he allegedly busted his wife with another man. 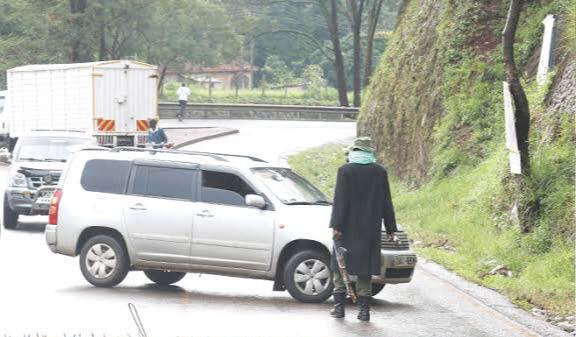 According to the reports given by the directorate of criminal investigations, it has been revealed that the 47 year old man had been suspecting that his wife was cheating on him Untill a chance provided itself after which he decided to use it to follow his wife who had gone out in the evening.

He would later follow her to a parked vehicle where he waited for a while only to see her getting inside the vehicle after which she started doing all sorts of things in the vehicle with the man who had been waiting for her.

In a moment of rage, the now angry man allegedly fired a couple of shots forcing the young man who was in the vehicle to jump out of the window in fear of being killed after which he run for his life, disappearing into thin air.

The incident has sparked a lot of mixed reactions from a number of kenyans who called upon cheating couples to file for a divorce instead of doing this. According to the reports given by most Kenyans, they claimed that this was a one time thing due to the fact that he didn't shoot both of them. 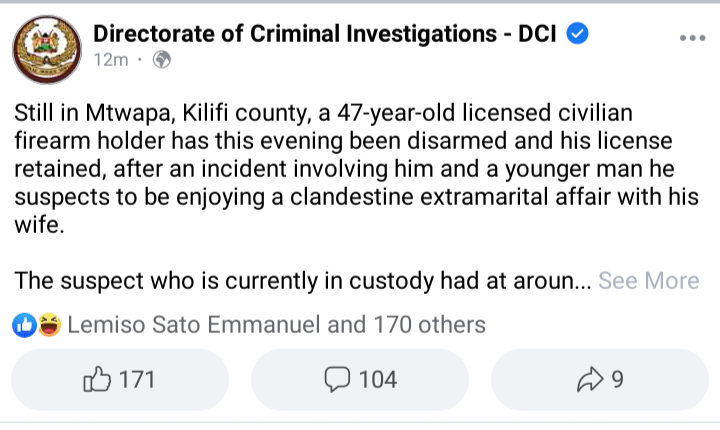