There was drama in Tanzania after a 'satan'' appeared in human body form, and even addressed the media.

A self-proclaimed satan told the media that he had appeared in human body form to attend a football match, and ensure his team wins.

Ahead of a football match between two top Tanzanian teams (Young Africans) Yanga FC and Simba SC, the alleged satan said his presence would make Yanga win the match. 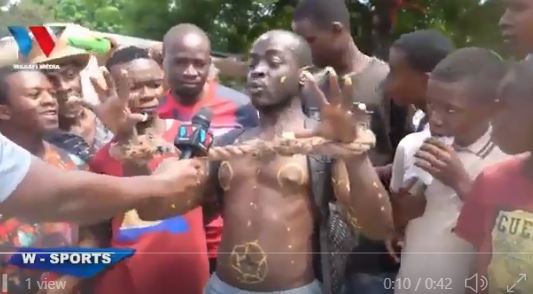 He noted that Simba would control the match during the first half but no team would find the back of the net.

In the second half, he alleged that Simba would try to kill the match during the first minutes of the second half but Yanga will scope all the three points.

(I am the devil who rebelled against God, I deceived Adam and Eve as you read in the books, it is me, I have disguised myself in a human body)

He noted that he had never watched a football match before, and was sure Yanga collets all the points.

However, the match was not played after Yanga players refused to participate after impromptu changes.

The match was to start at 5 pm but later changed to 7 pm.