"My Life Is In Danger," Kenyan Singer Cries After Posting Offensive Video On Youtube

By EdduJarango (self meida writer) | 23 days 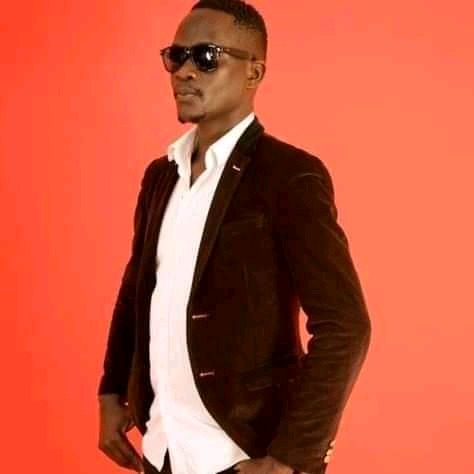 Kisumu based afro-pop-musician James Ngoje better known as Oliver Msanii has come out to share with his fans the troubles he is undergoing after posting one of his projects on Youtube. Taking to his Facebook on Saturday night, the singer said that despite rating the song 18+, many did not understand the idea behind song, using it to attack him.

He indicated having received threatening texts, as some people went to the point of asking him to send to them nude pictures. Other concerned fans also appealed to him to pull down the video.

While admitting giving in to pressure of pulling the song down, Oliver also indicated that the project was also affected by love affairs. Despite the controversy, Oliver wondered why the same song that seemed to be criticised by many managed to attract huge traffic. Making conclusion over this, the singer condemned netizens for being hypocrites. 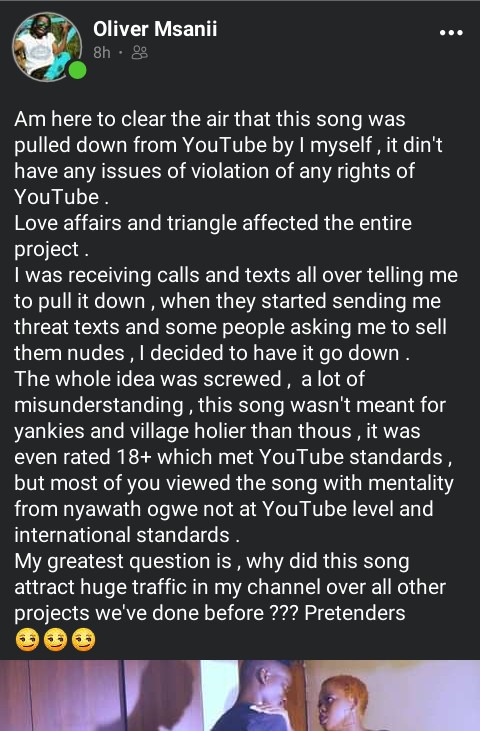 The singer rose to fame in 2019 after releasing a song titled 'Binadamu Story'. Taking about his new song, he said that “I wrote the song because even after offering assistance to people, some of them will turn and say you are using them. When you are together with such people, they seem to be okay but when you leave, they say nasty things about you.” 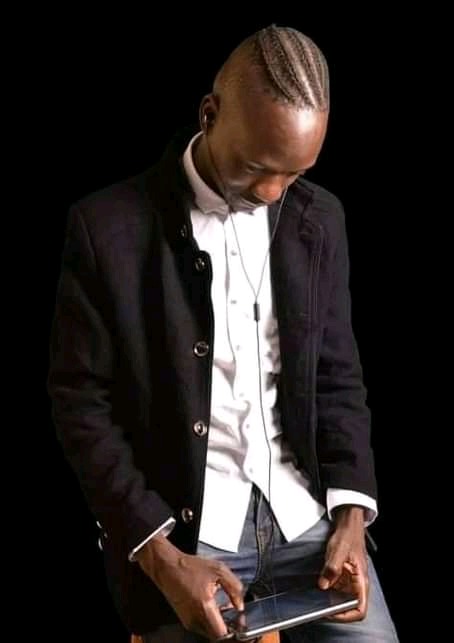 He criticised those with backbiting characters, citing that human beings are funny at times, you will eat with them, chat with them but what they say behind your back only God knows.

Kericho: Form One Student Barred From Admission in Top School

Top Celebrities You Did Not Know Are Lawyers