For sometime now musician Willis Chimano of the Afro-pop band Sauti Sol has been keeping his fans on the edge, due to him not Introducing his lover to the public unlike his colleagues. 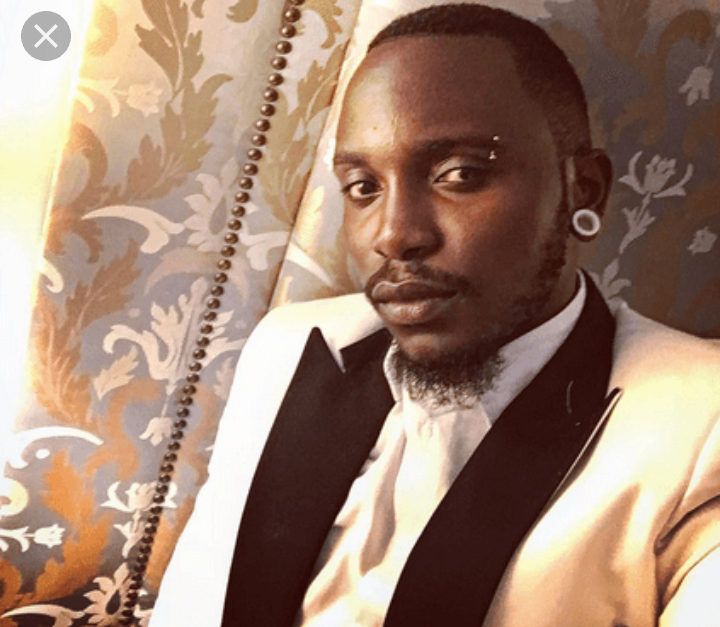 Other group members like Bein-Aimé Baraza is well known to be married to his wife Chiki Kuruka, Polycarp Otieno is married to Lady Mandy and Savara Mudigi has his girlfriend Yvonne Endo. 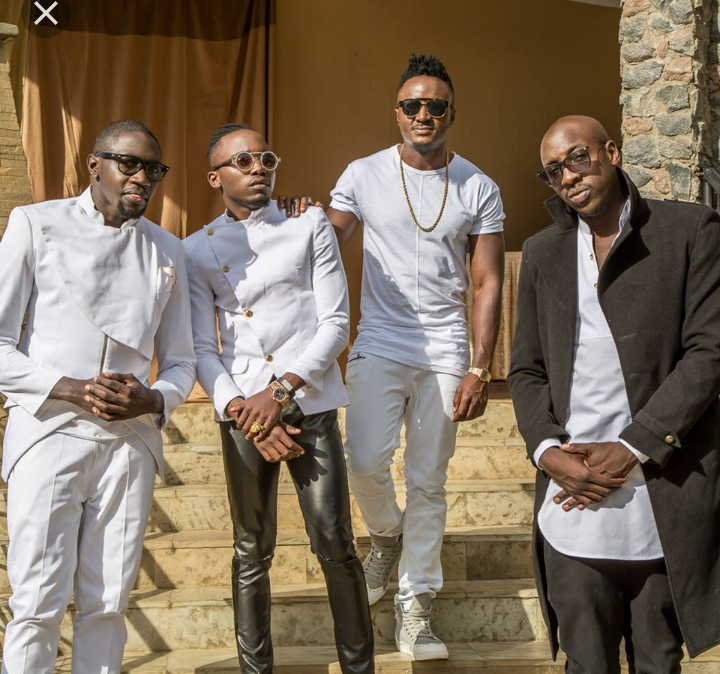 However for Chimano not much can be said and this has even escalated to some fans claiming that he is gay, allegations which he has reportedly denied many times on interviews.

This was also recently brought up, after the 'Live And Die In Afrika' hit maker took online to post a photo of himself with his colleagues' significant others. 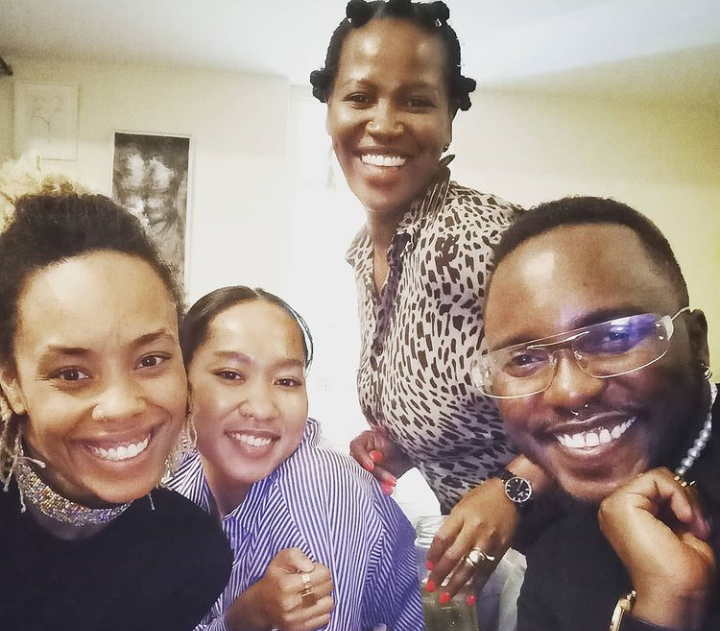 It was a lovely photo of Chimano, Chiki Kuruka, Lady Mandy and Yvonne Endo where they were all smiles. He also captioned it with love emojis.

However in response to the post while some fans complimented them for looking good, others raised questions on his sexuality. 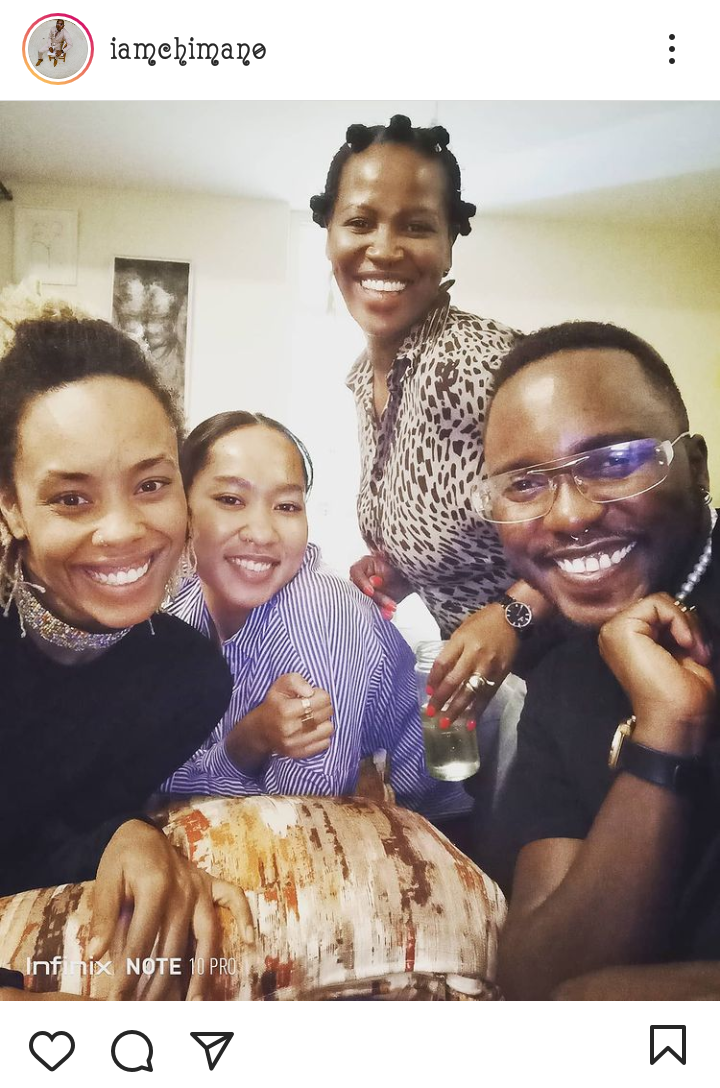 Infact a follower by the name Suzie Sherry urged Chimano to get himself a girlfriend of his own.

" You are so cute to be a SHE, just do something about it, you don't deserve a He. SHE looks good on you ask @savarafrica what's the feeling of having a SHE next to you when it's cold." She said.

However in his response, Chimano just told her to mind her own business because he's doing okay. 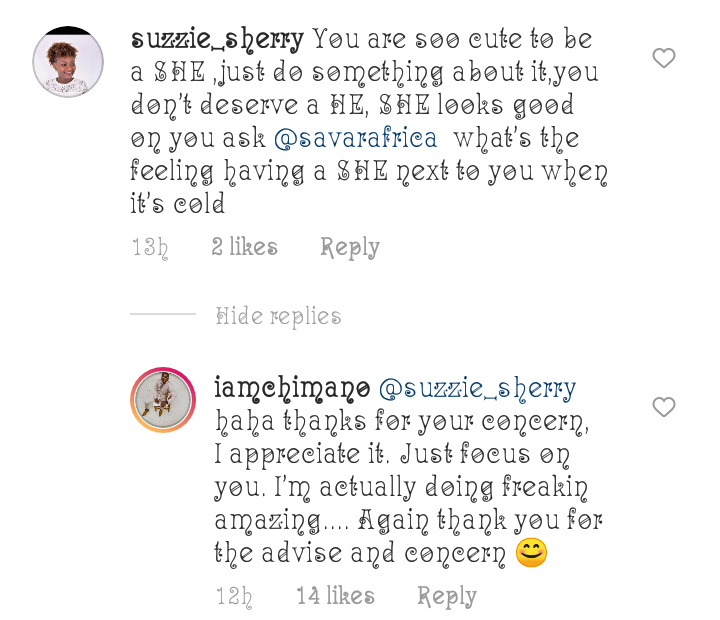 When another fan by the moniker Senoo also trolled him over the same, the singer fired back by saying that his jokes weren't funny. 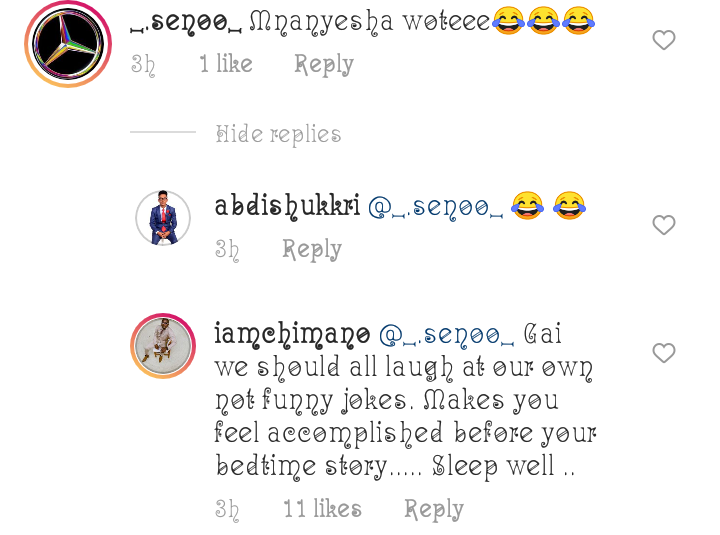 This is not the first time that people have alleged Chimano to be gay because of a photo.

Earlier in August 2020 he was also mercilessly trolled for posing next to a Mzungu man, while his band members stood next to ladies in the photo.