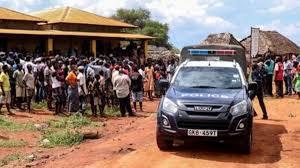 A man was stabbed to death after his wife's alleged 'Mpango was Kando' overpowered him.

There was an evening drama on Thursday in Sanctuary Estate on Moi South Lake Road in Naivasha when a 32-year-old man picked a fight with an 18-year-old teen he suspected was having an affair with his wife.

The Standard reports that the man who has since been identified as Dennis Kioko, is said to have lured the teen to his house by saying he would offer him a job.

However, while the teen was at his house, he allegedly demanded to know whether he was having an affair with his wife, said to be in her 30s. 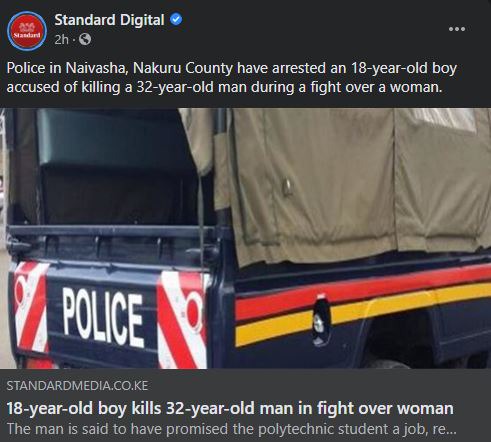 The fight then broke out between the man and the teen, which saw the deceased pick a kitchen knife to attack the teen.

The teen told the police that he managed to grab the knife from the deceased and accidentally stabbed him in the neck in self-defence.

“I accidentally stabbed him in the neck while attempting to defend myself,” the suspect told police as reported by the Standard.

"Could This Be Witchcraft, Or Negligence?" As Migori Residents Keeps Being Haunted By This.

Residents Often Wake Up to Scary Scenes in The Morning;Panic As Hyenas Dig Up Bodies At Cemetery

Sarah Kabu Reveals That She is Uncomfortable With Her Husband Hanging out With Jimal Marlow.