By Bajar (self media writer) | 2 months ago

1. Jay -Z($1.4 Billion). He is an American rapper and songwriter. He gets his money not only from the music he is making but also by investing smartly in businesses. 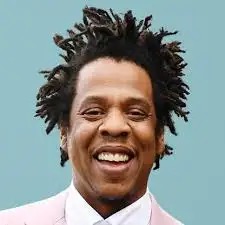 2. Oprah Winfrey( $2.7 Billion). She is a talk show host, media executive and actress. She began her career as news anchor and today she owns a television network.

3. Michael Jordan($1.6 Billion). He is regarded as the NBA’s greatest all-time player. After he retired as a player he has built a lucrative career and uses his wealth for philanthropic purpose.

4. Aliko Dangote($11.4 Billion). He is considered to be the richest black man in the world. He is a chairman of Dangote Cement, the continent’s largest cement producer.

5. Kanye West($1.8 Billion). He is an award winning rapper, record producer and fashion designer. Most of his money stems from his Yeezy Brand.

7. Tyler Perry($1 Billion) He is an american playwright, actor, producer and director. He owns one of the largest studio in America.

Content created and supplied by: Bajar (via Opera News )