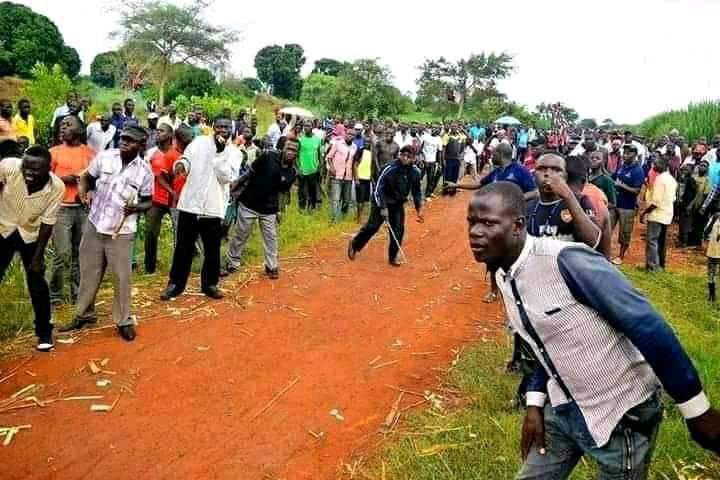 Curious onlookers at past scene/Courtesy

A love mission ended prematurely after a woman allegedly turned into a goat, forcing the man to run for his dear life.

A man identified as Joel Namasaka has claimed that a woman he had fallen in love with, and even managed to convince and take her into his bedroom turned into a goat when he was just planning to make love to her.

According to media reports, residents of Mayuge village, Navakholo constituency in Kakamega county are in shock after Namaaka narrated to them that his girlfriend had turned into a goat. 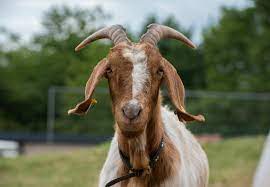 Namasaka who works as a shamba boy in Soi hooked up with the said woman while heading to his boss's home.

He said he requested to love the woman and the opportunity was granted. To make the deal even sweeter, the woman agreed to come with the man to his house.

Namasaka who did not bother to think twice when the deal became so sweet, went with the lady to his house, spoiled her with bottles of soda and later took her to his bed.

However, drams ensued when he was in the bedroom with his new catch. He tells K24 Digital that the woman turned into a goat. The said goat also had horns made from bottles of soda they had just consumed.

“Everything was okay until when we entered my bedroom. The lady suddenly turned into a big goat with long horns made of the bottles of soda that we had just drunk,” Namasaka explained. 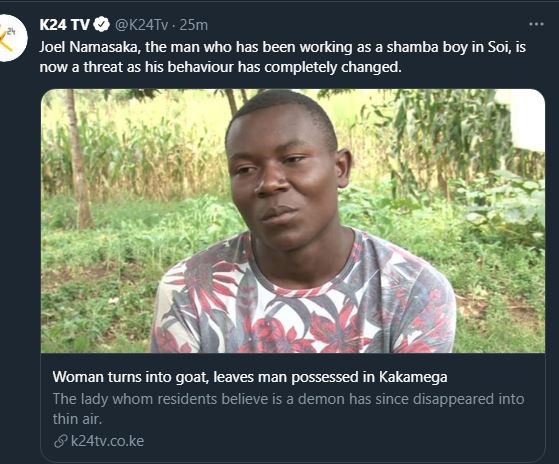 Namasaka stormed out of the house and ran for his dear life, heading back to his home village.

The publication reports that man is now behaving like a mad man.

“I was shocked when I saw my son brought home by a bodaboda rider all the way from Kakamega. A few minutes after his arrival, the boy changed and started behaving like a possessed person," his father,  Peter Wawire said.

Health benefits of eating guavas at least once in every week

Signs that your body will exhibit that shows you are unwell