Jalango finally forgives Mboya and the two squash their feud

By TrendingtopicsKenya. (self media writer) | 1 month ago

Langata aspiring MP Jalang'o has forgiven the boy who returned his KSh 18,000 donation.

The Comedian-turned-politician Jalang'o officially forgave Vincent Mboya, the young man who gave him 48 hours to collect KSh 18,000 that he had offered as help. 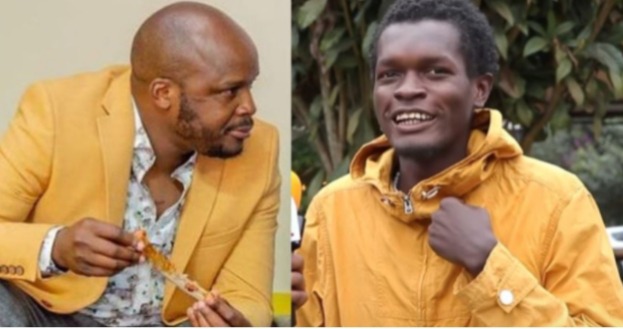 The comedian wished the young man well and asked him to move on and find something to do with his life.

This comes after Mboya recently disclosed that he was paid KSh 1,000 by a journalist to defame the comedian. After months of back and forth between philanthropist Jalang'o and Vincent Mboya over a KSh 18,000 grant that the latter returned, the two have reached a truce. 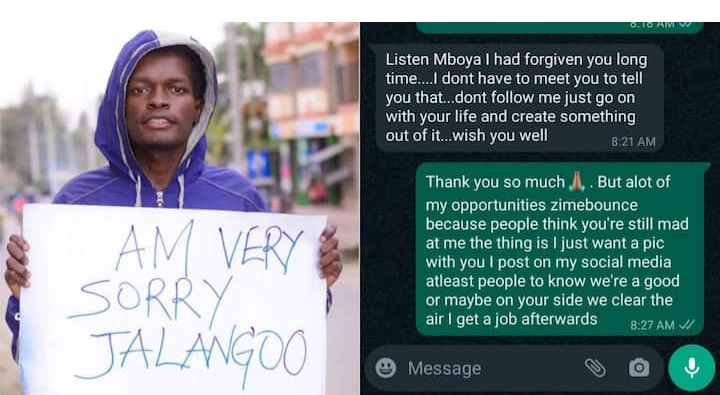 Mboya expressed joy at the forgiveness, adding that it will open doors for a job opportunity. Photos: Vincent Mboya. Source: UGC The beef came to an end after a series of text messages between the two, with Mboya constantly haranguing the radio presenter to bury the hatchet and he would stop following the philanthropist "like a God," and his wish was granted. "Listen Mboya, I had forgiven you a long time ago. I don't have to meet you to tell you that. Don't follow me, just go on with your life and create something out of it. I wish you well," Jalang'o responded. Mboya's biggest request, which remains unmet, and may remain so for a while, is for the two to meet physically and shake hands. 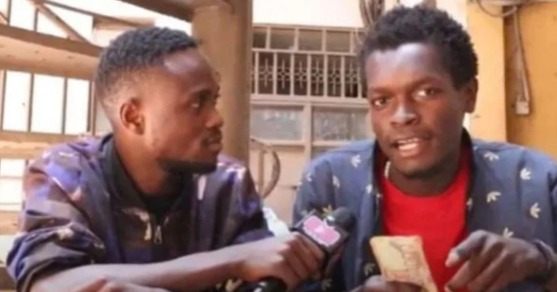 Jalang'o's name Two weeks ago, Mboya came forth to disclose that he was duped into giving the comedian 48 hours to collect the money by an unnamed journalist, after which he was paid KSh 1,000. “The money you see in those photos was not mine, I’ll tell you the truth. The owner, who was standing right beside me, paid me KSh 1,000 out of it after the shoot,” he explained. According to him, the idea was to, ostensibly, malign the upcoming politician's name and, hopefully, derail his political campaigns. Mboya also requested the public to forgive him for his behaviour as he was driven into it by desperation.

Content created and supplied by: TrendingtopicsKenya. (via Opera News )