Police officers from Kisumu are currently probing an incident where a group of unknown suspects allegedly broke into the rural home of governor Anyang Nyong'o In Ratta village Seme Sub - County. 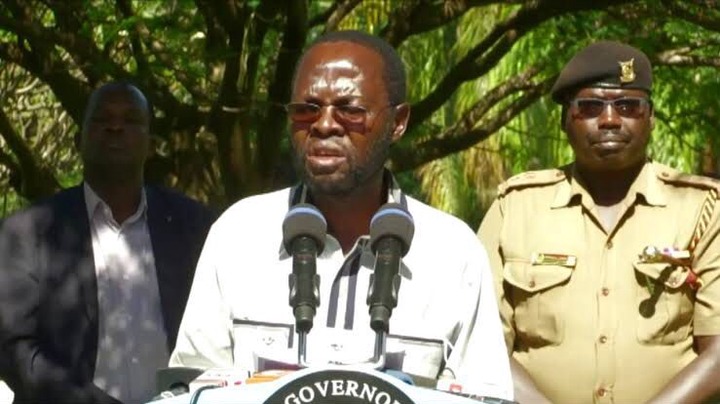 According to the reports given by a reliable source of information, it has been revealed that the suspecs allegedly stole food and clothes before fleeing from the crime scene.

Addressing this issue, Nyanza Regional Police Boss Karanja has claimed that they are currently investigating this incident in order to find the suspects. However, the renowned police boss has claimed that they suspect that this might be an inside job due to the fact the governor's premises are guarded by police officers.

While reacting to this incident, kenyans who took to their different social media accounts to express their opinions and suggestions on the matter have called upon renowned governor to be watchful claiming that it was so unfortunate that they did this despite the fact that they could have asked him for relief food due to the fact that he is the governor.

However, a section of kenyans have called upon the government to consider looking into the already increasing cost of living in the country claiming that this is one of the main reasons why there is an increase in the rate of insecurity in the country due to the fact that Alot of Youths are currently jobless. 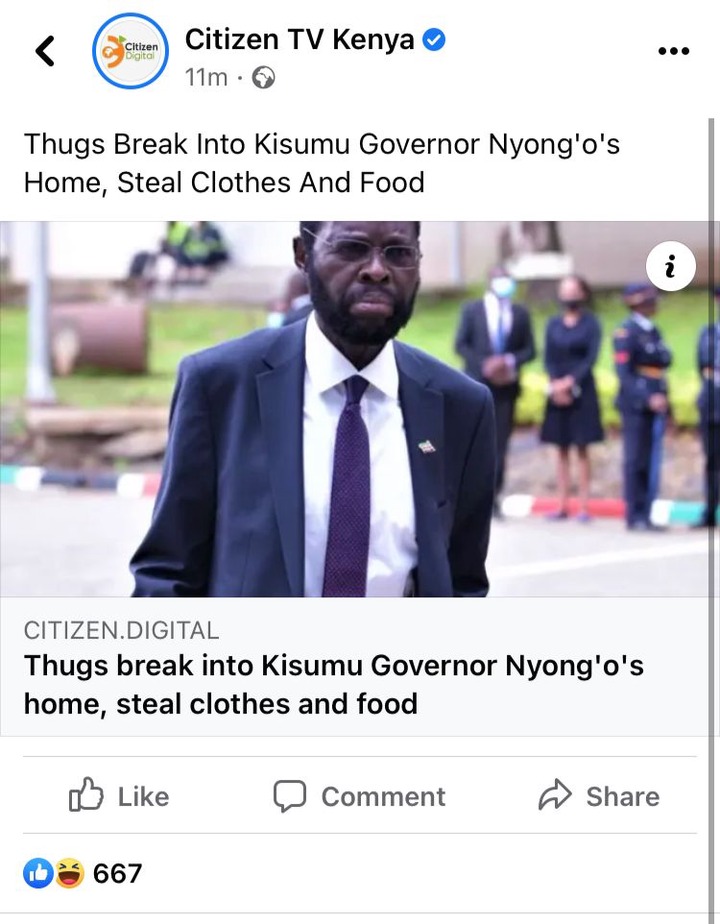