Uganga: Death Reported as Witch Doctor is Attacked by His Client, Attracting Mob Who Killed Client 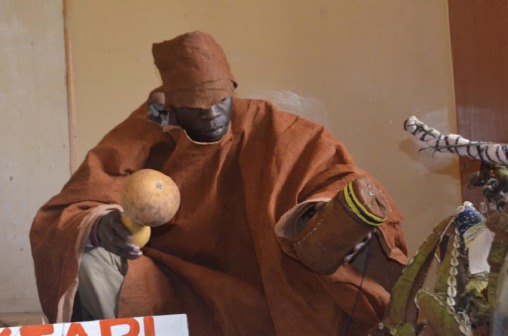 There was drama in Mathuki are in Kitu County after a man who had gone to seek the service of a popular witch doctor attacked him for unknown reasons.

According to the DCI report, Muthui Mwenga, 65, had gone to consult the traditional ‘medicine man’ in Mwingi East, Kitui County before the drama ensued between the two

DCI has said the fight ensued between a well known 80-year-old witch doctor and his client, Muthui, which attracted an angry mob that gave Muthui a deadly beating.

It is not clear what had happened between the witch doctor and the client that resulted in the doctor being attacked. 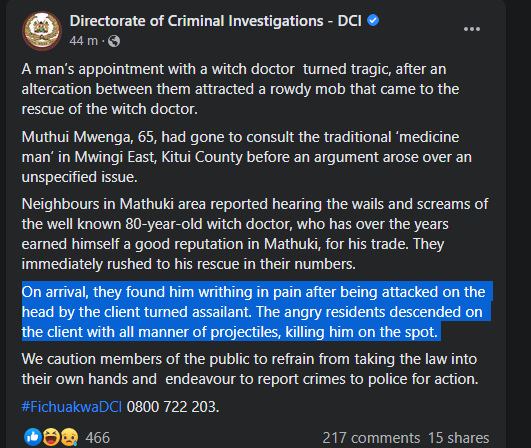 Muthui is said to have hit the witch doctor, sending him to the ground with a thud. The witch doctor burst in screams and wailing after he was hit, attracting a huge crowd

The mob that arrived at the scene attacked the doctor's client and killed him on the spot.

"On arrival, they found him writhing in pain after being attacked on the head by the client turned assailant. The angry residents descended on the client with all manner of projectiles, killing him on the spot," DCI said in part.

A witch doctor in action

DCI has since warned Kenyans to stop taking the law into their own hands.

Why Food And Fuel Prices Are Rising In Kenya