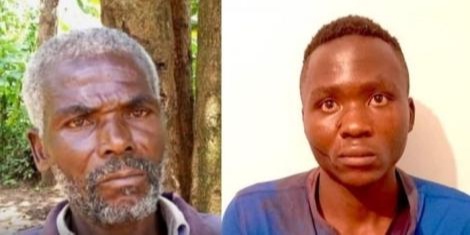 Masten Wanjala, a 20-year-old self-confessed serial killer who was lynched by a mob, hit the headlines after he confessed to the killing of young children and sucking blood out of their bodies.

His stepfather, Anthony Ndonye Musau, on Tuesday, October 19 for the first time talked about a child he raised since he was four years of age. The composed man talked about Wanjala's love for football and where things started going south.

Anthony Ndonye Musau fell in love with a neighbour, Edna Wanjala, who later agreed to be his wife, sometime in 2004.

Both the husband and wife came into the marriage with their fair share of scars. They'd seen battle on the battlefield of love. They had won and lost in equal measure against it.

But in each other and their home in Mukuru Kwa Njenga, the two discovered a bond that they vowed would see them through whatever life threw at them.

At the heart of this love story, however, was a four-year-old child who would later define the couple's lives in ways that neither of them could have predicted. 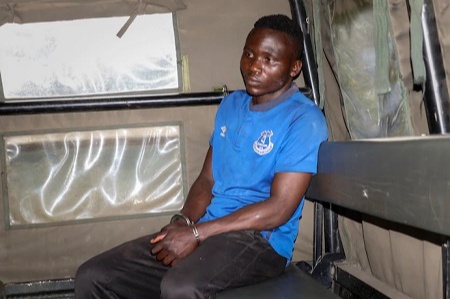 "She already had her son when I met her," Anthony told reporters. "He was the type of boy that anyone would want to be around. He was a delight."

Together, the man, his wife, and their son attempted to restart their lives. Their hope was that their hard work would eventually propel them from where they called home at the time to a much friendlier environment.

The two were adamant that their children would have a better life.

Their family life took a turn for the worse only two years into their relationship. And what they thought was a rough patch of sea lingered for much longer than they had anticipated. 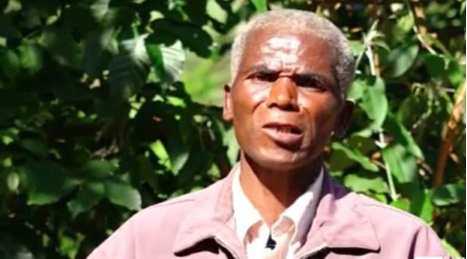 But, even though they were expecting a second child, they still offered their advice as parents to Masten, a young boy with a different name who had an unrivalled love for football.

Later in life, the entire country would be familiar with his three official names: Masten Wanjala Milimo.

Life may not have turned out the way he had hoped, but Anthony believes it is much better now.

He is no longer a resident of Mukuru Kwa Njenga. His years of hard work as a welder and his wife's determination, who started out washing clothes for people in the city, have paid off in some ways.

"Masten is my son. I can't deny him. As a father, I did everything I could to raise him to be a good man," he explained. "However, I don't believe it was sufficient."

Their first point of contention was at school.

"He didn't like going to school. He was always running away. He would leave for up to a month at a time. This occurred even during Masten's primary school years,"

"What puzzled us the most was that, despite attending less than a month of school each term, he was always the best or second-best student in the class. Nothing further than these two positions. He was one of the brightest people I'd ever met," he concluded.