By CrimeBuster (self media writer) | 13 days ago

The former first Lady of Machakos, Lilian Nganga has called upon kenyans urging them to concentrate on their lives instead of trying to stalk her on her different social media accounts. 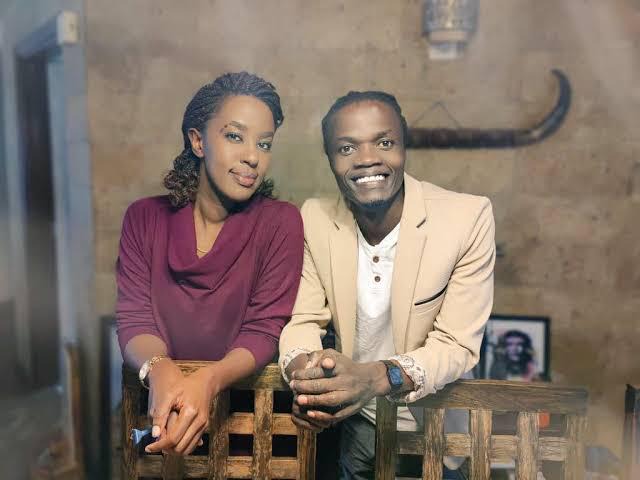 According to the reports given by Lilian Ng'ang'a, she accused kenyans of being too involved in her business to the point where they were forgetting that they also have their own lives.

Due to this reason, she has requested kenyans who she said had been trolling her after she made her relationship with renowned kenyan rapper Juliani public to consider submitting an application telling her how she should live her life.

At the same time, she has wished Kenyans who have encouraged her a good weekend saying that everyone should concentrate on their lives or rather, find something better to do instead of focusing on other people's lives.

This is happening at the same time when Juliani's colleague and artist Nonini has accused Kenyans of thinking that Juliani is broke due to the fact that he dresses casually unlike other artists.

Taking to his Instagram account to express his disappointments and dissatisfactions, Nonini said that it was so unfortunate that most Kenyans were referring to Juliani as a broke man despite the fact that he allegedly used to make over ksh. 20 million annually from his songs. 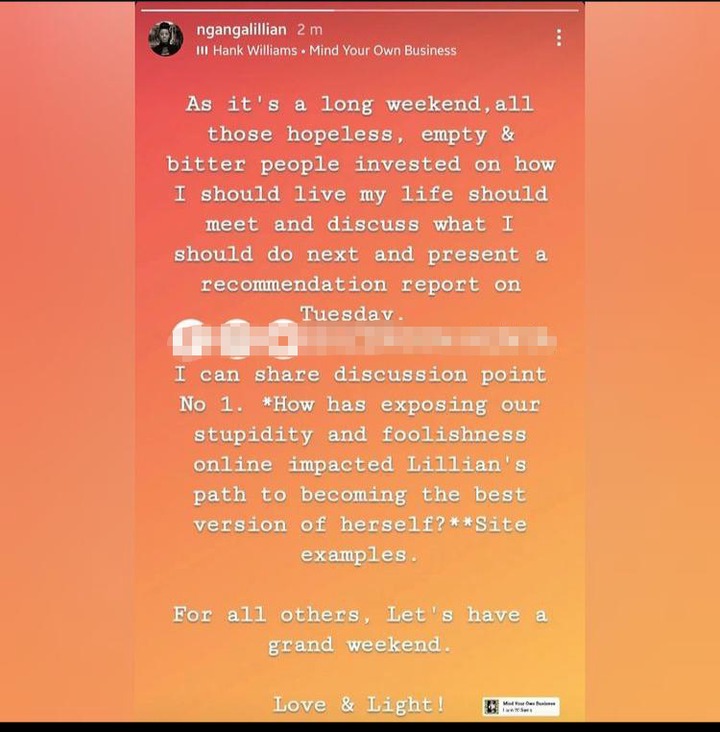 While reacting to her claims, kenyans who took to her comments section have called expressed their different opinions and suggestions on the matter with each giving their own advice.

With a section of kenyans congratulating her for standing for what she believes in, others went ahead and called her out accusing her of disrespecting governor Alfred Mutua. According to the reports given by most Kenyans, they claimed that it was so wrong for her to publicize her relationship with Juliani a few weeks after braking up with the governor. 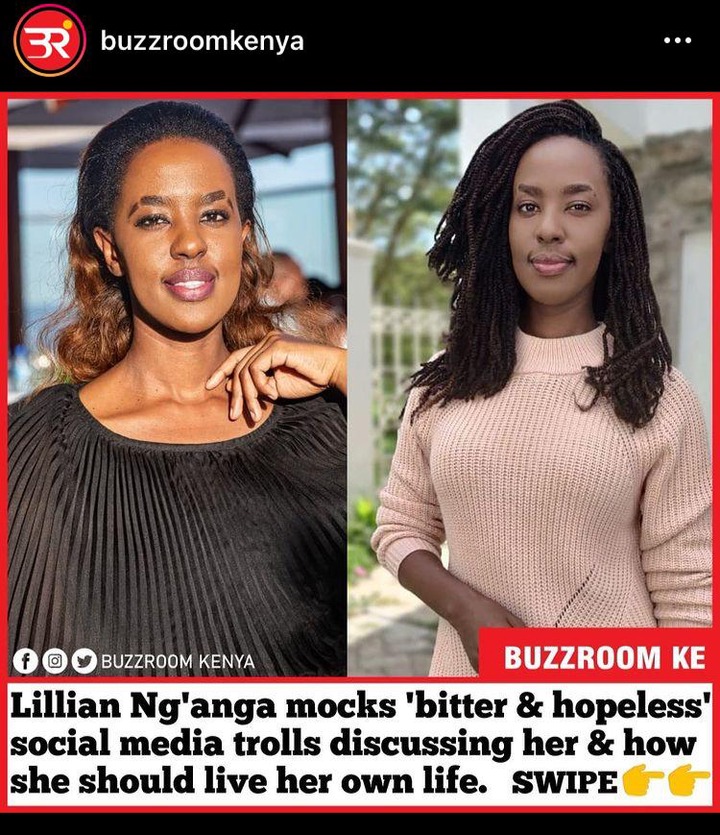 Nobody will deny me victory, Ruto

God Has Turned My Sorrows To Joy. Kambua Reveals As She Flaunts These Cute Photos On Instagram.

Reasons Why Arsenal Were Awarded Penalty At 'Half Time' As Fans Left Confused Against Villa.

DCI and ODPP Differ in the Ndichu Twins Case