By MrJuma (self meida writer) | 1 months 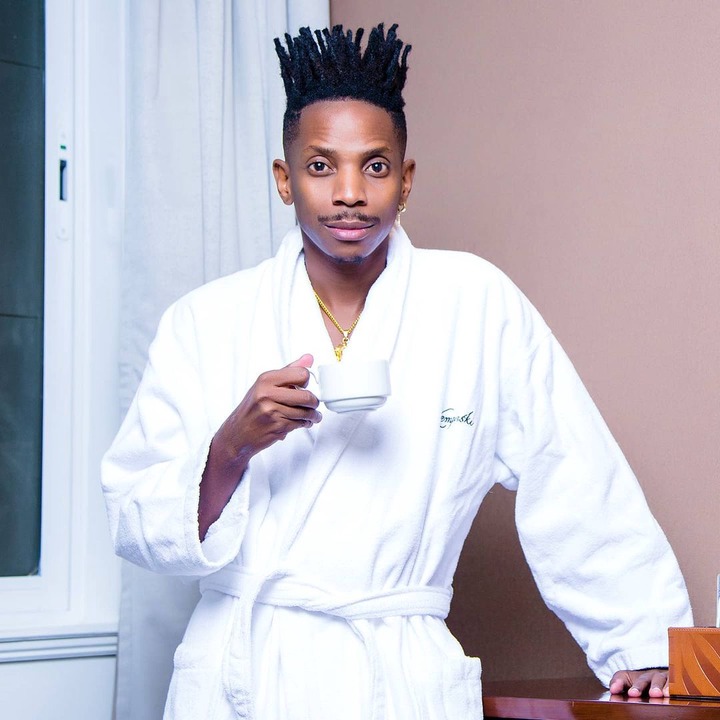 Renowned comedian Eric Omondi has made another boss move after landing a lucrative deal with a local transport company. The 40-year-old comedian, who calls himself the President of Comedy in Africa, took to social media and shared the good news with his fans.

In the new deal, Omondi will be tasked with using his influence to promote Guardian buses that ply different routes across the country. The buses are popular with many long-distance travelers in the country.

He shared a video at Guardian Buses offices interacting with the staff and gave thanks to God for securing the mouth-watering deal that will see him smile to the bank.. "When God visits you personally and shines some light on you🌞🙏🙏...The PRESIDENT is the new AMBASSADOR and MINISTER OF TRANSPORT at Guardian Busses. Sio ndege zote ukua on air, " he posted. 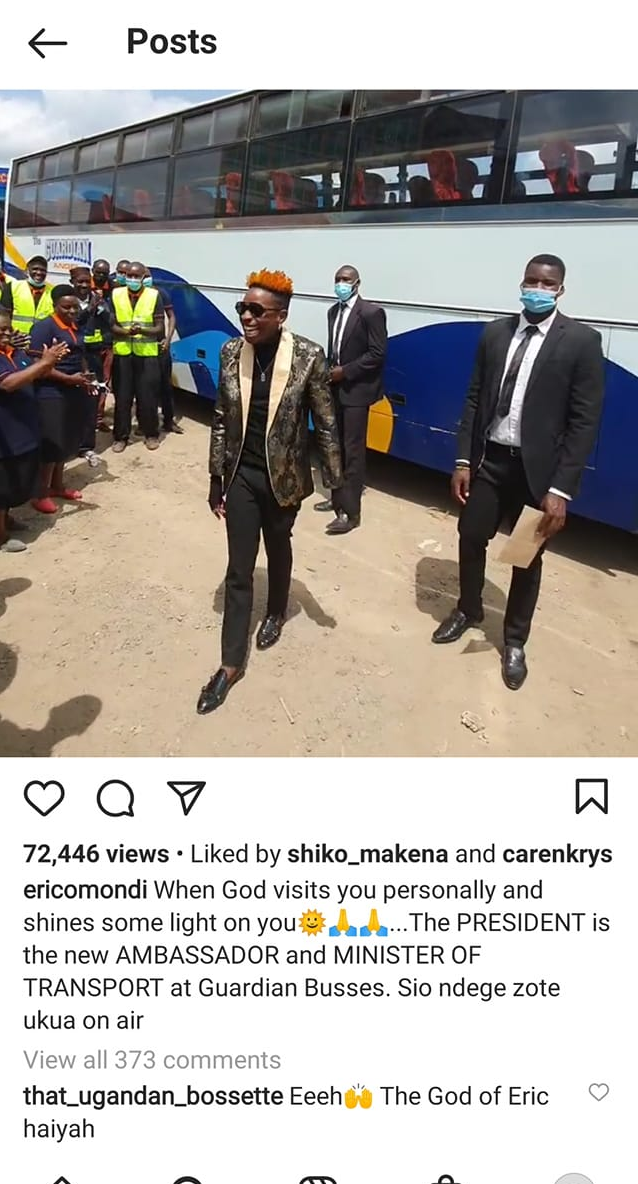 Fans and fellow celebrities flooded Omondi's timeline with congratulation messages after he shared the good news. His fellow comedian Jalang'o commented on the post saying, "Bro.....you the baadest!! Deal after deal.

Lately, Eric has been securing so many deals with corporates despite the controversy that threatened his thriving comedy career after he was arrested in March over his controversial show Wife Material. Some wrote him off after the scandal but he managed to bounce back and currently, he is securing deal after deal.