By @amadijustus (self meida writer) | 2 months

A few weeks ago, Omosh was seen in a video crying for help from well wishers. Well, it is not normal for a man to literally cry over difficulties. Omosh shed tears of pain and agony, asking for help. 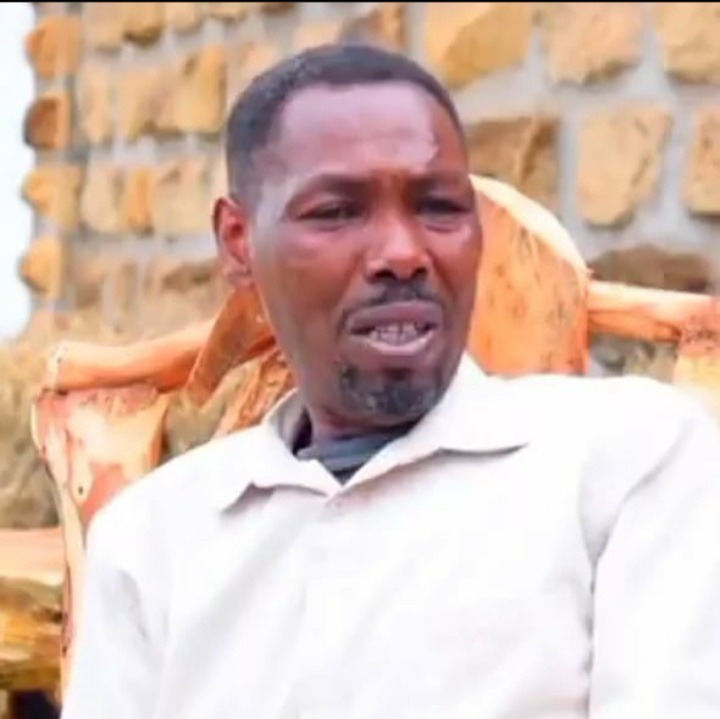 He claimed that he could hardly afford to put food on his table and pay for his children school fees. His rent arrears had also accumulated to an overwhelming sum of upto Sh 100,000. All these, as he puts it, was brought by the onset of the deadly Corona virus pandemic, as Citizen TV program Tahidi High, which was his main source of income was stopped. 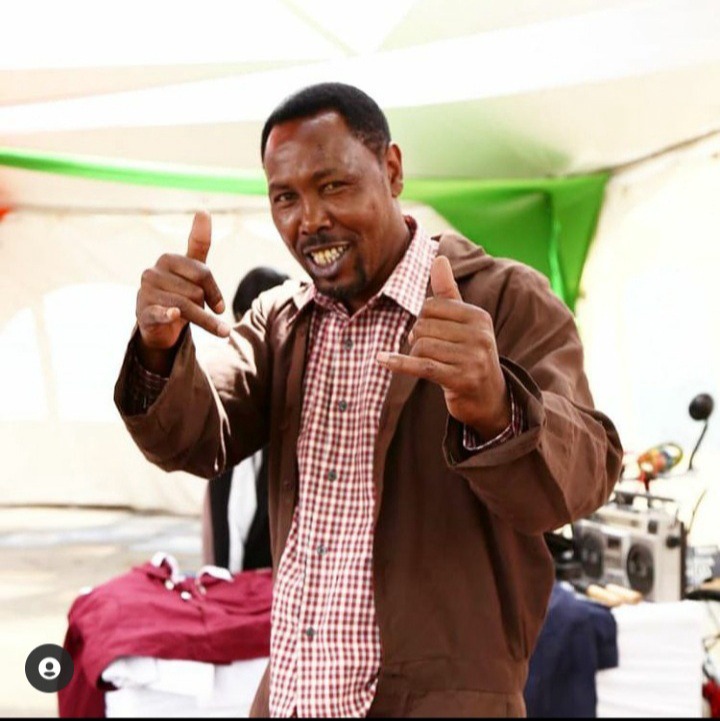 Many Kenyans sympathised and empathised with him by giving him different gifts. He received huge cash awards, shopping worth thousands of money, plot of land for building a house and companies offering to construct him a house. 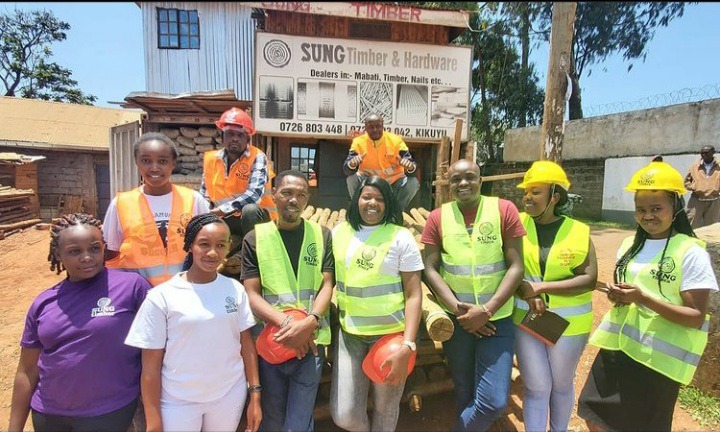 Omosh was also offered a fully paid vacation to the coast. His tears were wiped off by as he became a millionaire. He thanked everyone who supported him during his hard times.

Omosh has since then received offers from companies for various activities. Today, Omosh posted a photo that caused mixed reactions online. Omosh, in conjunction with TopChoice Tours and Travel, planned a hiking on Mount Kenya. The cost of the hiking is Sh 2,200. 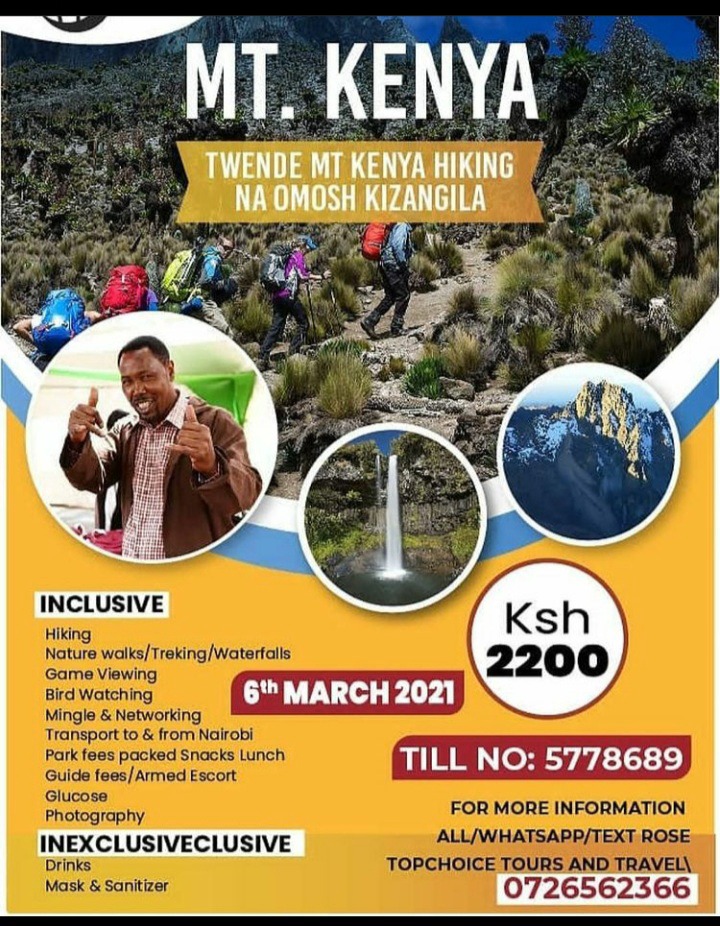 This made the netizens to go wild as people warned him of being used by companies for their own selfish gains. 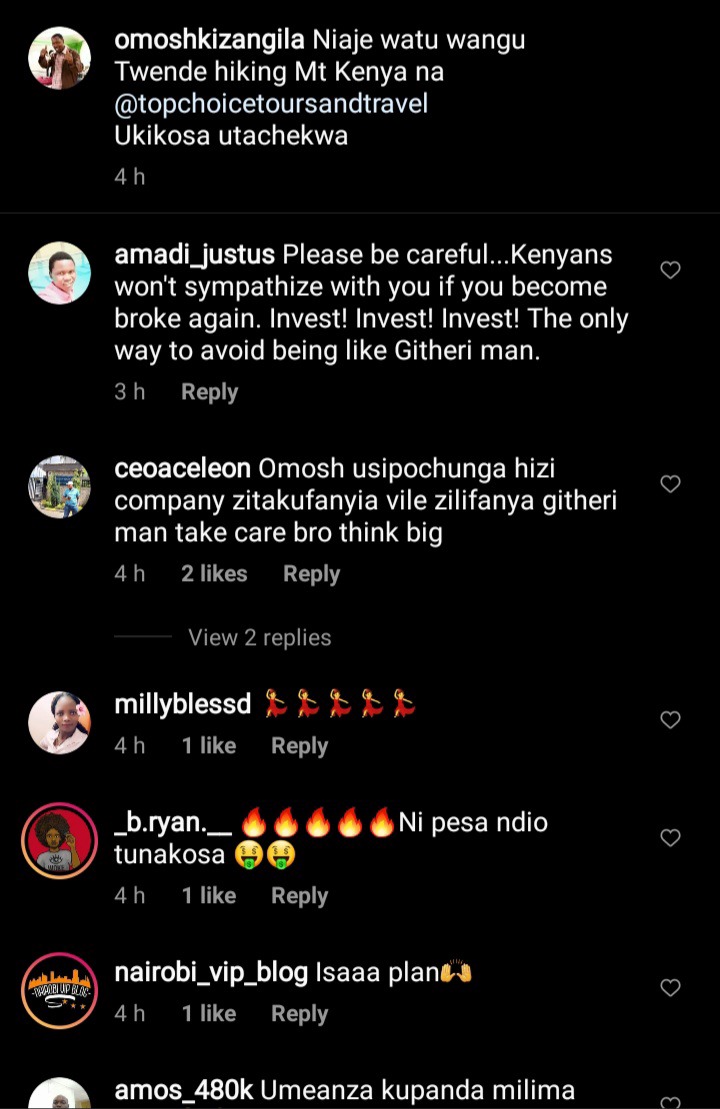 They claimed that the companies want to make him spend his money and become broke again. This is relatable as some few years ago another Kenyan, Githeri Man, was helped and then became broke again. He now has nothing. 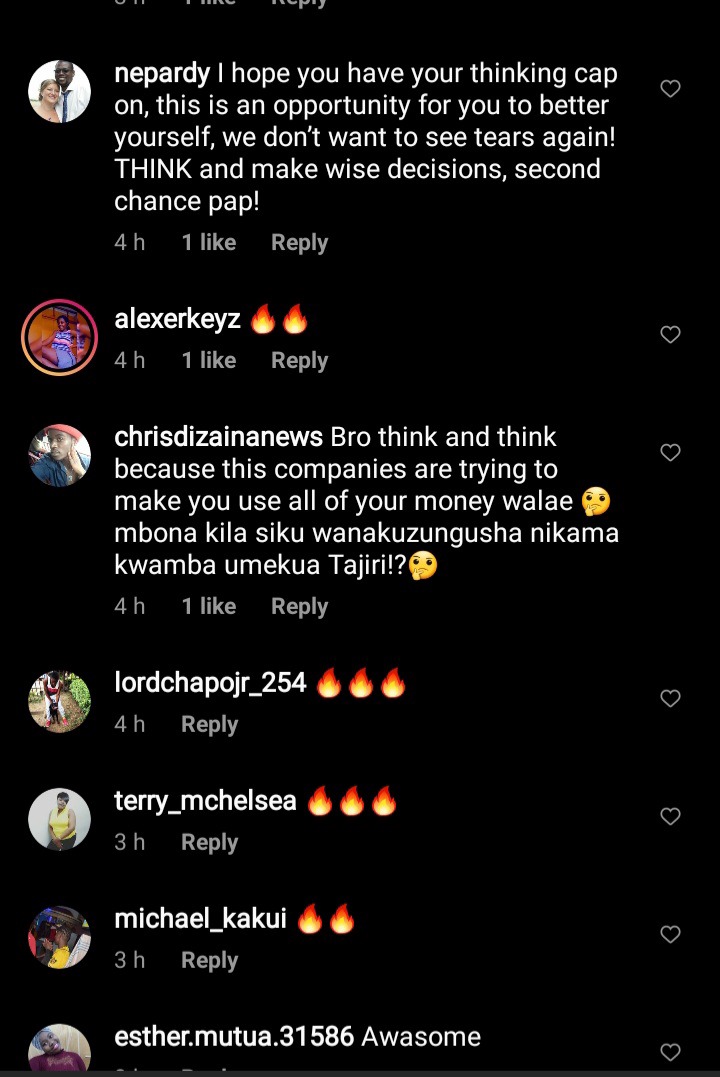 Kenyans warned Omosh to be more careful and wise in his expenditures so that he doesn't follow the footsteps of Githeri Man. 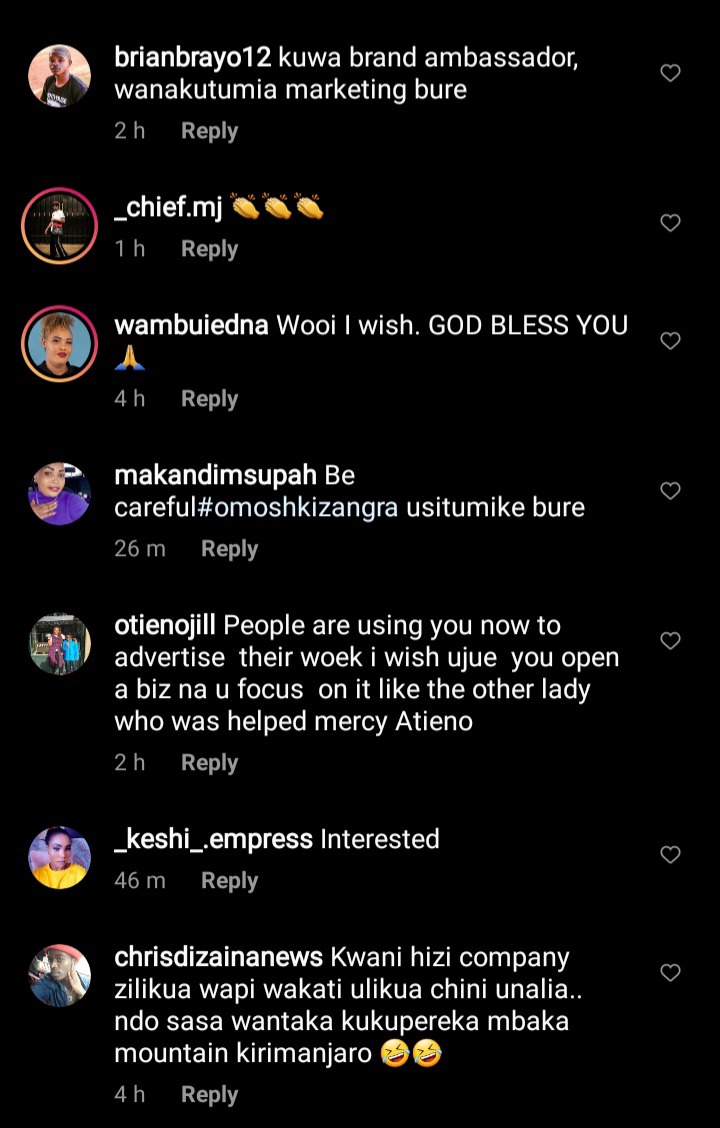