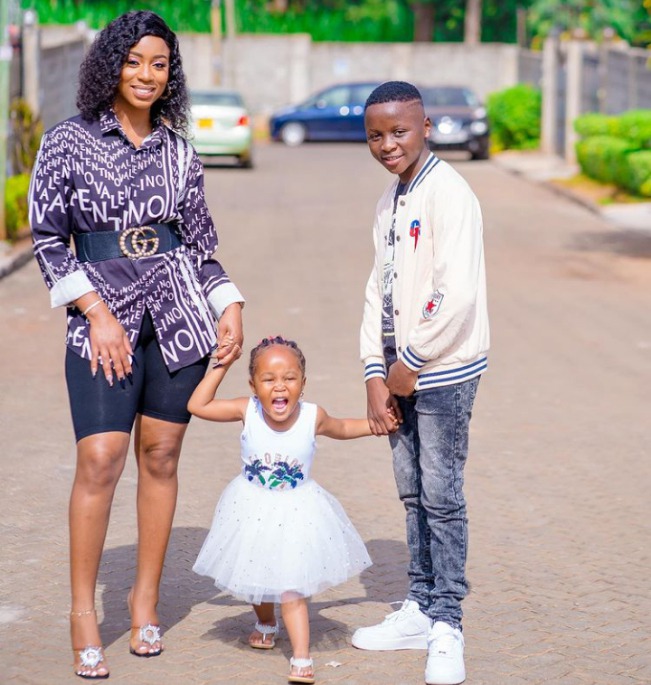 Diana Marua is a top celebrity trending online especially since the time when she moved to music industry. Right now Diana is doing both music and content creation which deals with family matters. She's a loving mother of four kids Morgan, Mueni, Heaven and Majesty. She's also married to Bahati who's also a music artist who inspired her to join the Industry too. Marua loves her family and keeps on posting them on Instagram and YouTube channel. Few days ago she announced that she's ready to give her husband one last chance to have a newborn baby since the rest have already grown up.

So today she shared a video of herself and kids Morgan and Heaven, having a chat while in the house. In that clip Heaven was spotted talking about something that sparked reactions online. She says she wants a guy named Samuel, Morgan's friend. That was after she was asked whether she wants a baby girl or boy but she responded by opening up about Samuel. On the caption part Diana has also added that Morgan is crushing on a girl named Esther and Tamara Jaguar's daughter. Now Morgan is stranded since he doesn't know who to choose between the two girls.

Fans have reacted to that story by sending hilarious comments about heaven's decision yet she's just a child. Others have also hilariously attacked Morgan for being unable to choose the girl he wants. Below are screenshots of their responses to Morgan and Heaven. 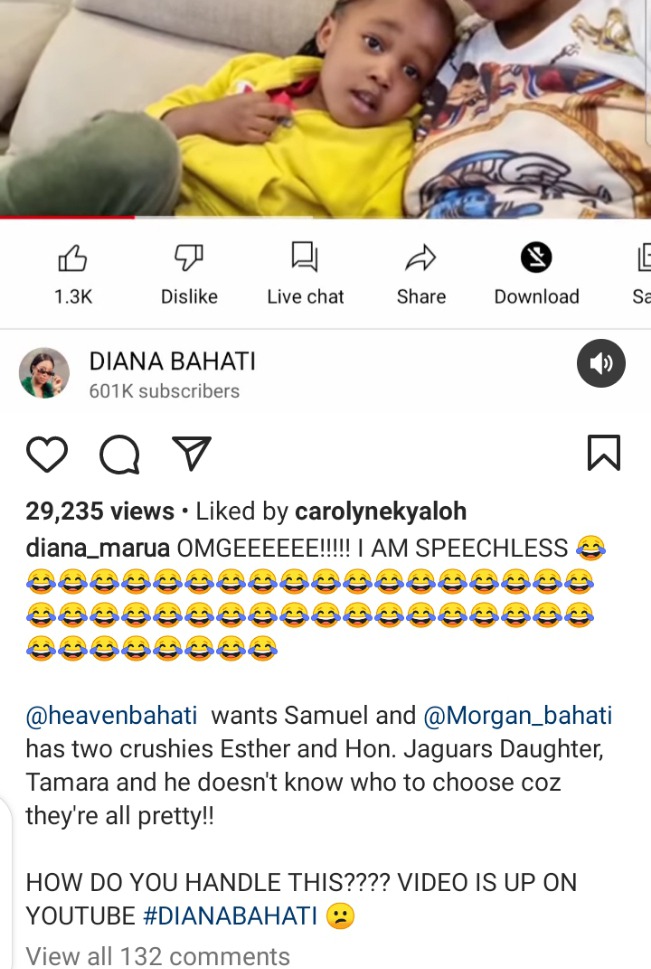 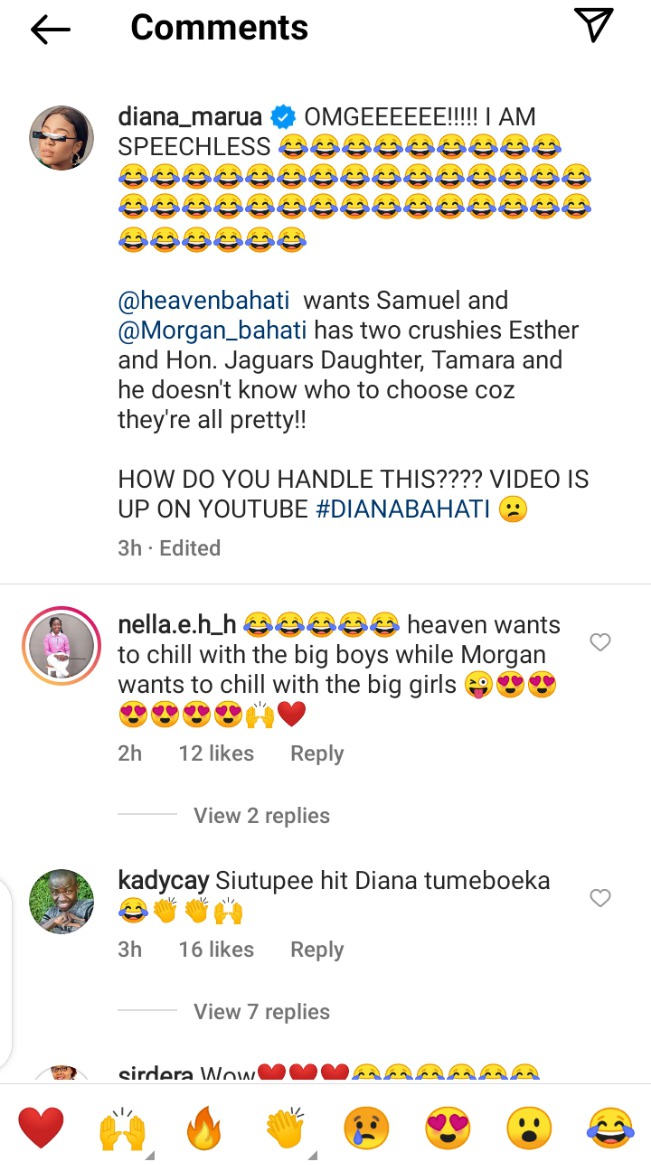 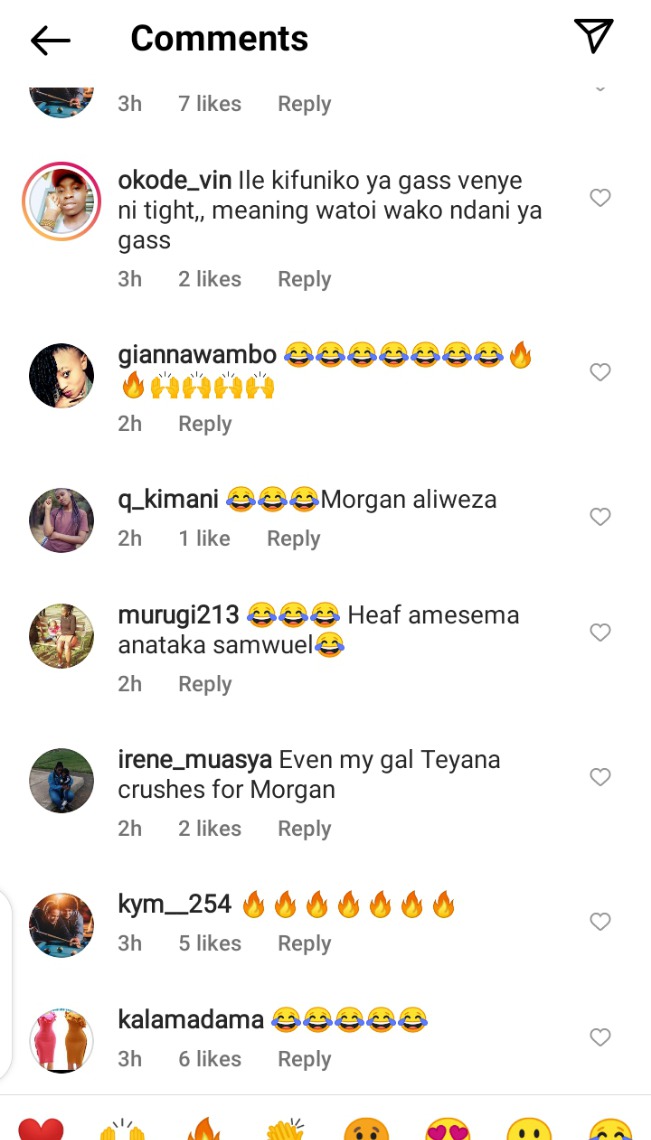 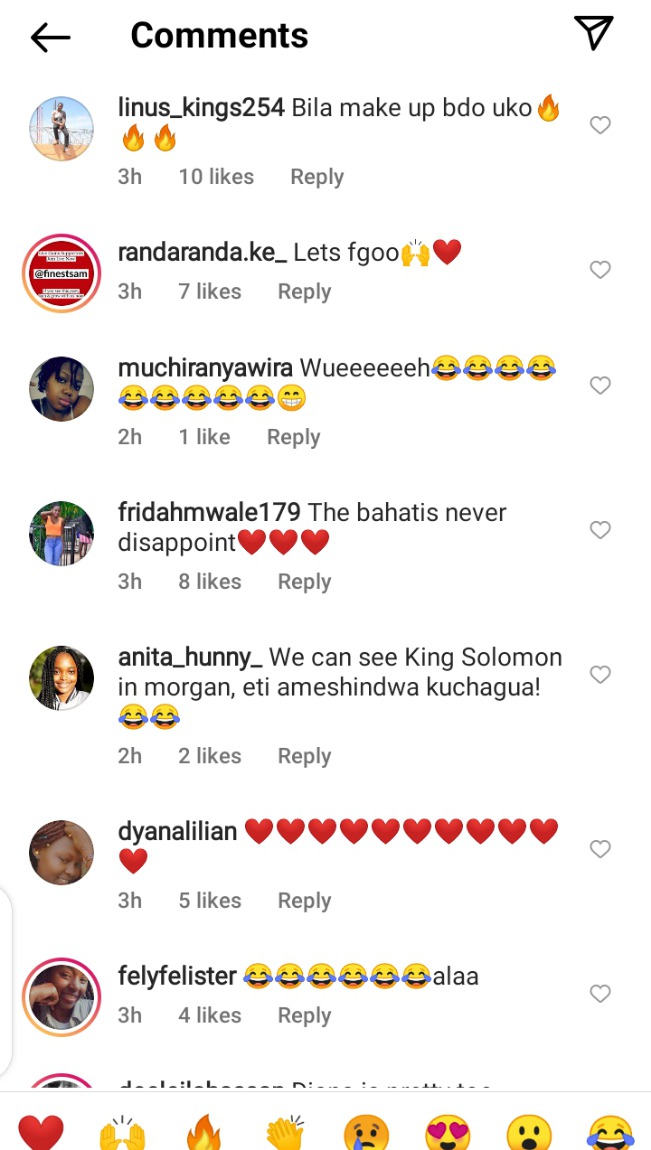 'You Are Stuck With Gachagua, You Can't Drop Him, ' Raila's Man Tells Off Ruto And Team

10 Photos with Quotes from Movies that Will Change Your Life