By @amadijustus | self meida writer
Published 9 days ago - 294 views

Former actor Joseph Kinuthia AKA Omosh can now smile again, thanks to Jalas!

A few days ago, former actor Joseph Kinuthia, mostly known as Omosh cried for help from Kenyans saying that he is suffering and was about to be thrown out of the house. The former Tahidi High actor, a program that was aired on Citizen TV for quite a long time said that he had accumulated rent arrears of upto Ksh100,000 and could hardly fend food for his family and pay his children school fees.

In the interview, Omosh uncontrollably burst into tears while reflecting on what has happened in his life saying that he had been pushed to the wall a few weeks ago. His face was full of tears of sorrow and grief.

This triggered so many Kenyans who have sympathised with him and have promised to help him star a new leaf in his life. One such personality who had been moved by Omosh story is the famous media personality and comedian Jalang'o who has pledged to contribute a total sum of 1million Kenya shillings to help rejuvenate Omosh.

Today in an interview with Jalang'o on a program ' Bonga na Jalas' Omosh expressed how hard life had been to a point that he had to cry out loud for help from well wishers. Jalang'o mobilised a few of his friends who contributed cheerfully and massively towards the same. During the interview, Jalang'o called the current governor of Mombasa Ali Hasaan Joho who sent his sh100,000 before the end of the show. Hon. Ali "Somali Bae" who is yearning for the Kamukunji member of parliament seat also contributed sh 60,000 and also did a massive shopping for Omosh including items such as sugar, milk, wheat flour, cooking oil and many other items in large quantities.

Omosh also got a plot of land and Sang timbers have promised to build a home for him as a lasting solution to his rent problem. Another incoming senator for Trans Nzoia county also pledged sh 100,000 which is to be collected tomorrow and also promised to give him a job which would start in 3-4 months time. Jalang'o's attempts to reach H.E the Deputy President William Ruto was in vain as his line was busy and the call could not go through. Citizen manager Waruru also pledged to contribute sh 100,000 in towards the rejuvenation of Omosh.

Many other exciting pledges from well wishers continue to come through in aid of the TV star. Omosh was full of tears of joy and ran out of words. He thanked every person who made an effort to help him even through prayers and material support. He also promised to stop drinking alcohol and focus on building his life again!

Jalang'o Jalas Kenyans Omosh Tahidi High
Opera News is a free to use platform and the views and opinions expressed herein are solely those of the author and do not represent, reflect or express the views of Opera News. Any/all written content and images displayed are provided by the blogger/author, appear herein as submitted by the blogger/author and are unedited by Opera News. Opera News does not consent to nor does it condone the posting of any content that violates the rights (including the copyrights) of any third party, nor content that may malign, inter alia, any religion, ethnic group, organization, gender, company, or individual. Opera News furthermore does not condone the use of our platform for the purposes encouraging/endorsing hate speech, violation of human rights and/or utterances of a defamatory nature. If the content contained herein violates any of your rights, including those of copyright, and/or violates any the above mentioned factors, you are requested to immediately notify us using via the following email address operanews-external(at)opera.com and/or report the article using the available reporting functionality built into our Platform 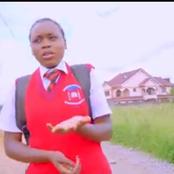 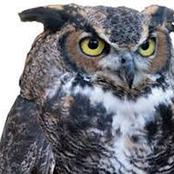 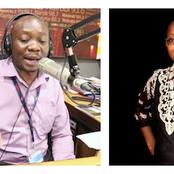