By @amadijustus (self meida writer) | 29 days

Former Tahidi High actor Joseph Kinuthia, popularly known by his stage name as Omosh, has today amazed fans as he posted a video of his house progress. 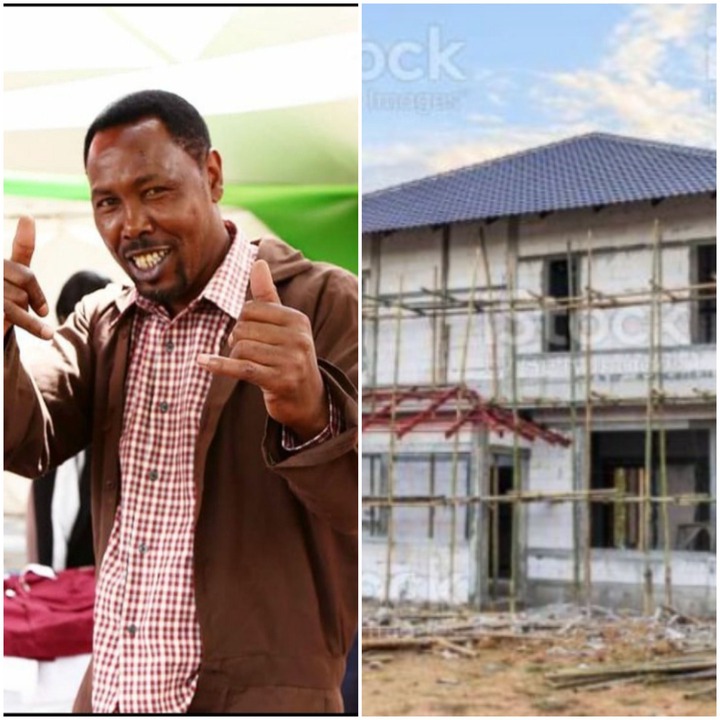 The former Tahidi High actor a few months ago hit the headlines after a video of him crying for help from Kenyans went viral, causing an uproar online. It's an unusual thing for men to cry when facing hardships, but Omosh couldn't control himself as he literally cried.

According to Omosh, affording to put food on the table for his family had become difficult. Omosh could hardly pay for his children school fees, not mentioning the rent arrears which accumulated to an overwhelming sum of Sh 100,000. This came after the Citizen TV program was terminated with the onset of Corona virus pandemic. 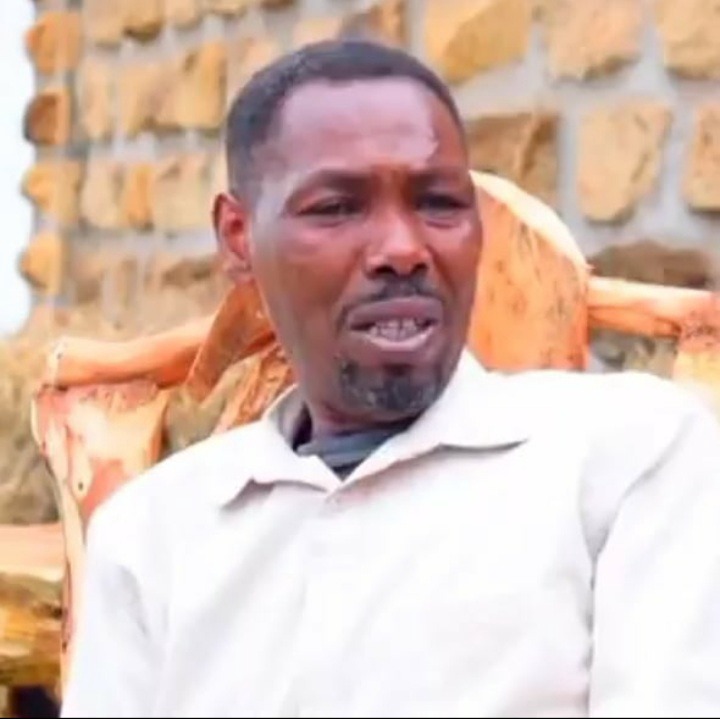 Tears of the former TV star moved the hearts of many well wishers, who didn't hesitate to help the former TV star. One veteran comedian, Jalang'o, mobilized his friends who came through greatly for the former Tahidi High actor. Jalang'o himself contributed a whopping sum of 1million shillings.

Omosh was lucky to be gifted a plot of land worth Sh 500,000 by Zero Hero Properties Limited. Another company by the name Sung Timbers Limited offered to build him a house on his newly acquired plot of land. 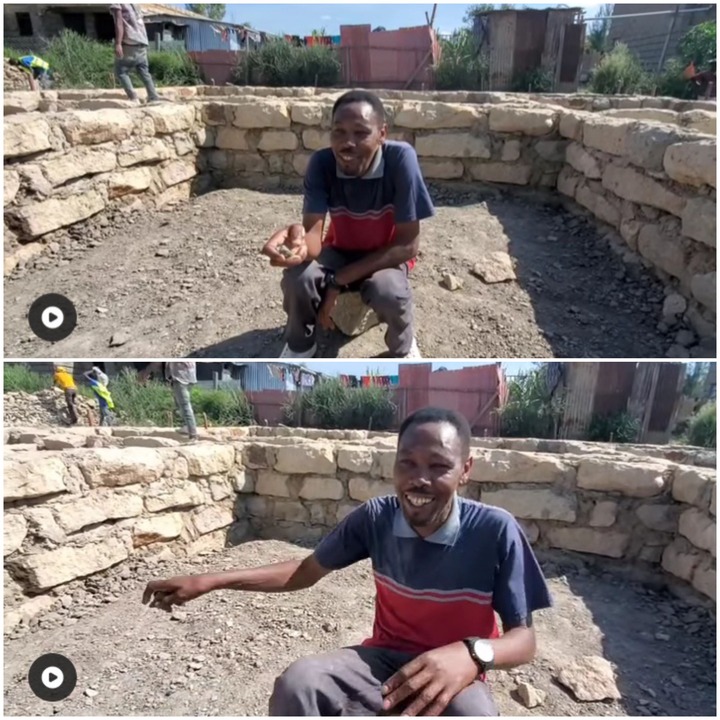 The groundbreaking ceremony for the commencement of the construction process of the former actor's house was done on the 19th February 2021.

A few weeks ago, Omosh shared the architectural design of his house on his Instagram page. The architectural work was done by Engineers George Kiteng'e and Fabian Muthoka. It was indeed a wonderful mansion for the former TV star. 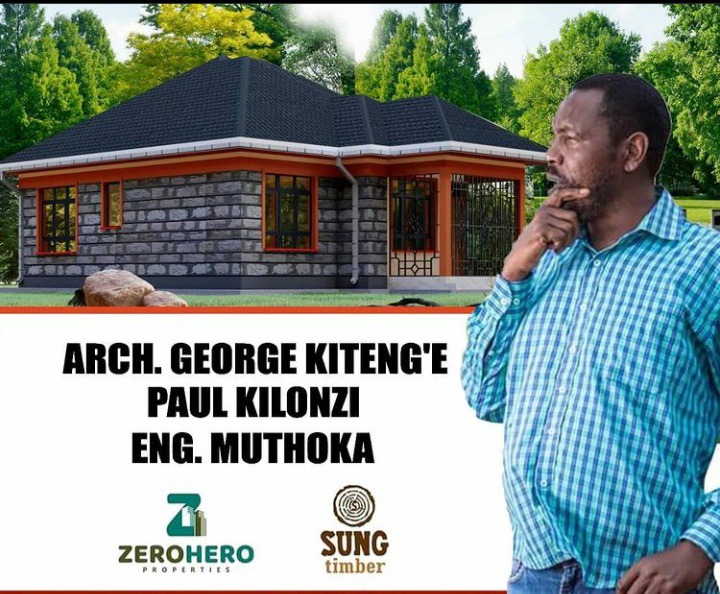 Today, Omosh can afford to smile after his dreams are coming to a reality. With his heart full of joy, Omosh posted a video of his house progress. In the video, the workers were busy with their construction work while Omosh made some jokes in the parlour of his house still under construction. 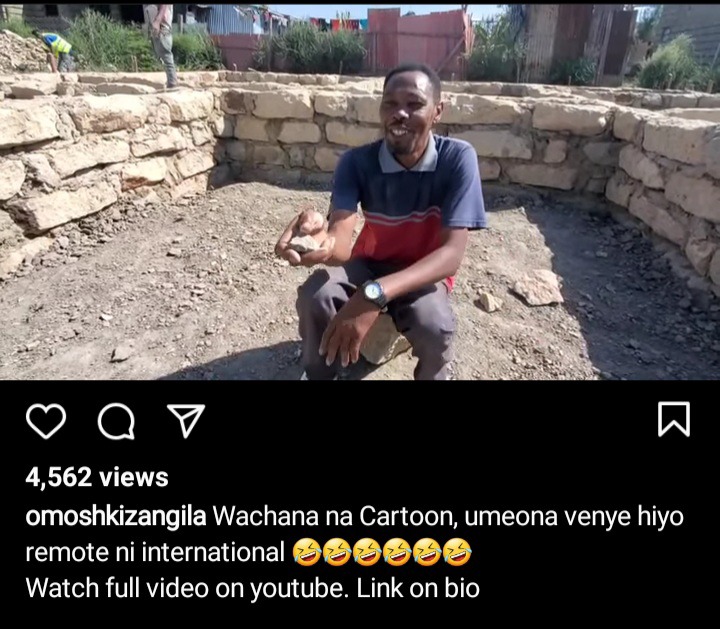 The former Tahidi High actor said that he can't imagine that one day he will sit on the couch in his parlour with a remote on his hand watching his favourite cartoon. He captioned the video, " Wachana na cartoon, umeona venye hiyo remote ni international 😂😂😂😂." 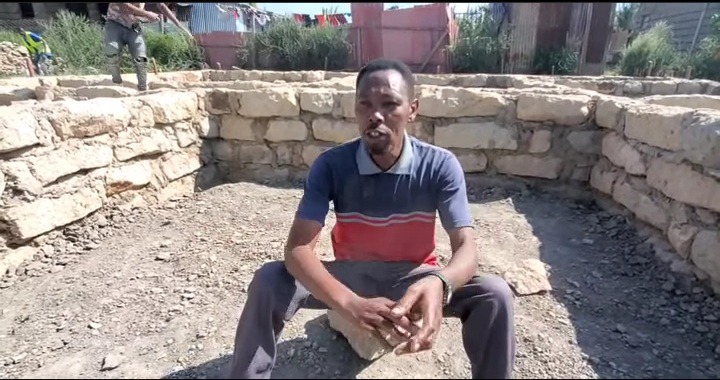 To the former TV star, that is a miracle in his life!