By MeghanNimmoh (self media writer) | 21 days ago

In a community where girls have for long been restricted to home chores and taking care of their young ones, one girl is smashing the glass ceiling by ensuring that she not only became the first of her kind in Maasai land but also being the best and beating well known male colleagues in the industry while at it.

Judith Silantoi Pololet also known as DJ Queen, is not just the first Maa female DJ but she is also a two times award winner in the male dominated craft.

With only three years since she joined the industry, she has managed to bag the coveted DJ of the year 2021 award at the Eastern Talanta awards against 11 male colleagues and one female from Kajiado, Makueni, Kitui and Machakos counties.

That was the second trophy she has won after winning the Maa Deejay of the year award in 2019 where she was competing against 26 male counterparts.

Silantoi reveals that she decided to venture into the male dominated industry because of the passion she has for music.

“From my childhood, I have always had an intense passion for music and at first I thought I could be a musician until I stumbled into DJ Kalonje’s mixes and my curiosity on how to mix songs developed into the love for deejaying,” she stated in an interview with KNA. 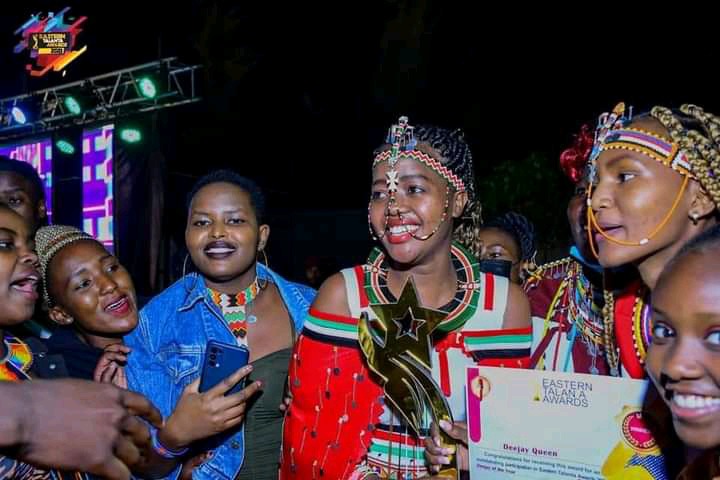 Her curiosity developed into passion for deejaying that she immediately enrolled in a three months Deejaying Course at Biz Music Group (BMG) entertainment in 2018.

Silantoi also joined MaaFleva Entertainment and through it, she was able to secure several media tours which opened her up to the outside world and has been able to have performances even in countrywide shows like Churchill Show.

On how she got the name DJ Queen, Silantoi narrates that she was the only female around several men in MaaFleva Entertainment thus they usually refer to her as Queen and being the first Maasai female in the craft she rightfully responds to the name.

Silantoi is lucky to have both of her parents support in her deejaying venture though they were hesitant at first saying it is a male dominated field and the job will make her have loose morals considering the negative stereotypes that come with what the job entails.

However, after her performance as a DJ in Churchill Show in 2018 and having many shows in Mayian FM accompanied by her good morals even after joining the craft, her parents came around to support her on condition that she completes her studies even as she is Deejaying.

“Before discovering deejaying, I had an interest in electronics. I would often fix my parents’ phones in case they had issues and that is what led me to enroll at ICS College where I am currently pursuing a course in ICT,” narrates DJ Queen.

She says that the course will be helpful not only in her deejaying job but also in future when she can no longer be able to perform as a DJ.

The 20 year old however encounters challenges in the pursuit of her passion in the craft.

“Some of the event organizers tend to see me as a lesser performer compared to my male colleagues therefore tend to pay less which should not be the case as I am equal to the task just like the male DJs,” says Silantoi. 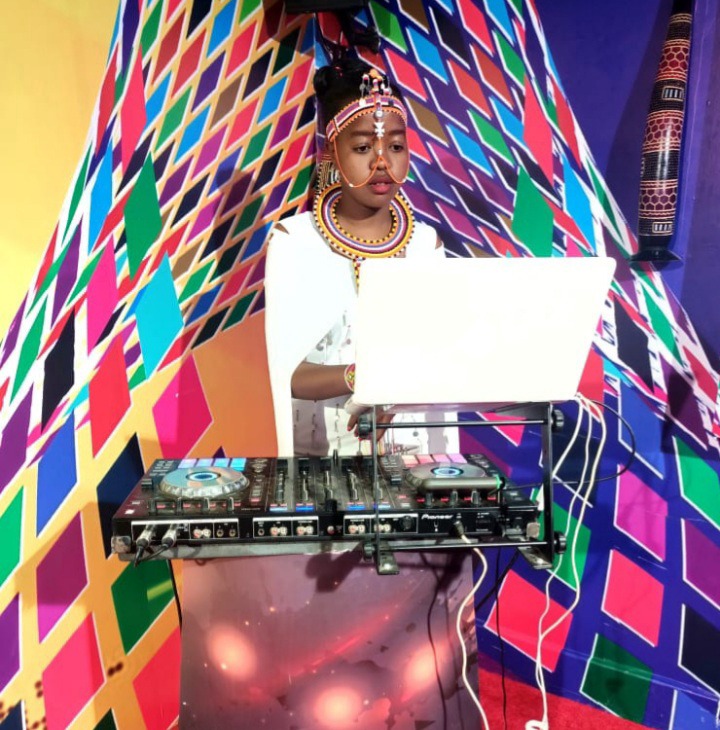 The queen discloses that she therefore has to work twice as hard as her male counterparts.

Silantoi also doesn’t own her own DJ equipment and has to hire from other DJs every time she is invited to perform and it is quite expensive.

In a bid to buy her own set, she organised a homecoming ceremony last weekend to support her and she only managed to raise Sh 100,000 which is below the Sh.300,000 needed to purchase the equipment.

Silantoi advises parents to let their children follow their dreams especially in the creative industry as it is well paying just like other careers.

She urges other youths to have patience, believe in themselves and work hard as it is the key to being the best in what they do.

The queen who was born and raised in Nkoile, Kajiado Central aspires to open a DJ academy in Kajiado town to enroll more Maasai female DJs.

"Shika Hii Elfu Kumi" DP Ruto Woe Kenyans After Buying A Tray of Eggs at 10,000Ksh While in Butere