By WillyKim (self media writer) | 11 months ago 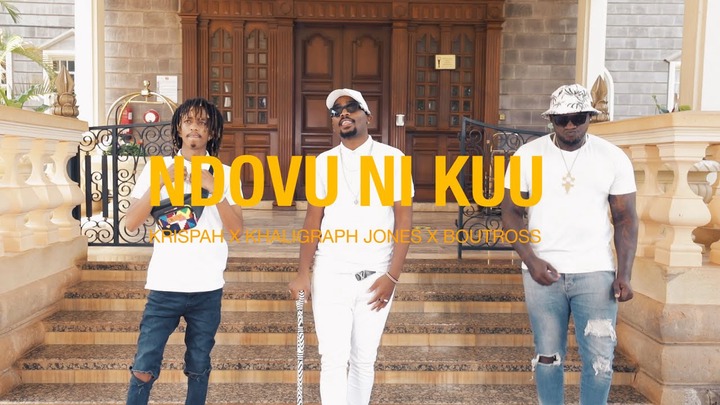 The Ndovu Ni Kuu song was pulled down from YouTube some fee days ago after an upcoming artist named Dexta claimed his song had been sampled.He then came out and posted the two songs to show Kenyans the original and the one they sampled.

That was not the only claim however, the upcoming artist claimed that the hit song had defamed Kenyatta University and led to its intake allegedly going down by 40%. Top of his claims were that many parents or especially the ladies were avoiding Kenyatta University as the song had a line that says.."hakunaga masomo KU,mtoto wangu aliitwa KU ntakataa" 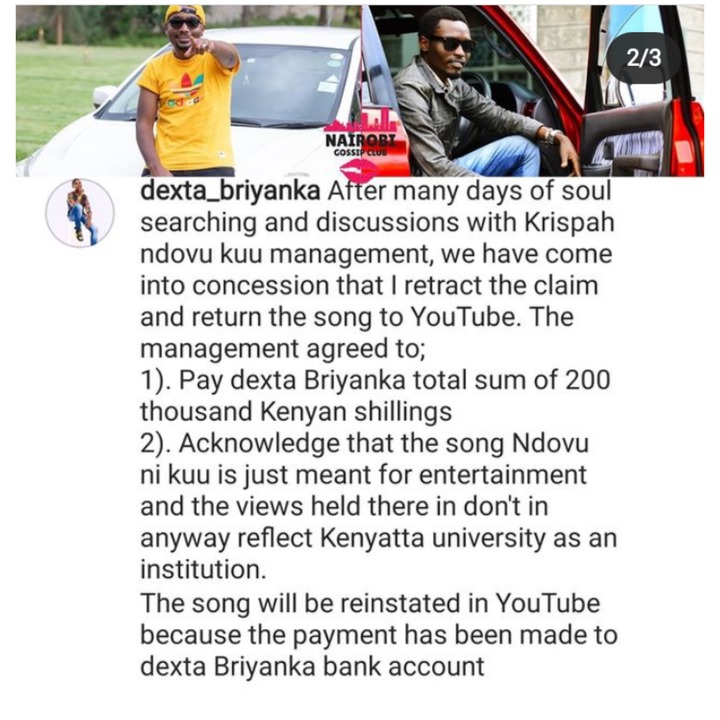 Dexta posted that after many days of soul searching and discussion they had reached an agreement to retract the claim and return the song on YouTube.That is after discussion with Ndovu Kuu's management.

He also said that Krispah's management had agreed to pay him 200,000 that he claims is to pay for having sampled hos song,that was also removed from YouTube.

He also said that Ndovu Ni Kuu had to acknowledge the song was just for entertainment and does not in any way reflect to Kenyatta University as an institution.Well,the song is now back on YouTube with all the views as you can see below. 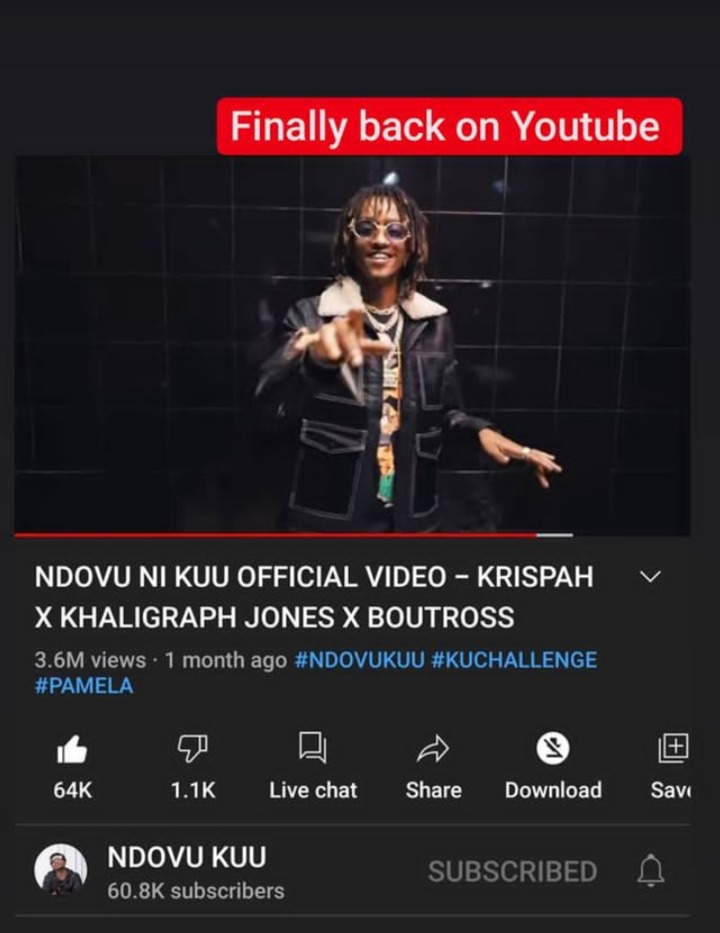 "There Is No Age Limit On Presidency" David Matsanga Says

Concern As Maize Millers Deliver Bad News to All Kenyans After Reduction Of Maize Prices By Ksh. 2