By TrendingTings (self media writer) | 3 months ago

Esther Akoth, also known as Akothee, is a well-known Kenyan singer. She likes to call herself the President of Single Mothers. This is due to the fact that she has raised her five children on her own, which she is very proud of. 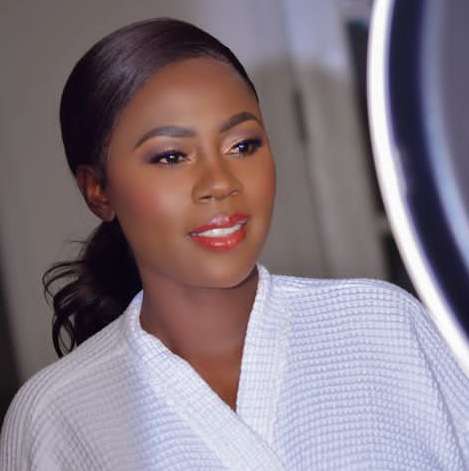 It is really upsetting to learn that someone is photographing you without your knowledge. Akothee seems to be irritated by the behavior of some Netizens who do the same. In her newest Facebook post this evening, Akothee has issued a strong warning instructing Netizens to either seek a selfie with her or keep their cameras hidden. She went on to explain that if she catches somebody, the rest will be history. She either takes your phone or breaks it. 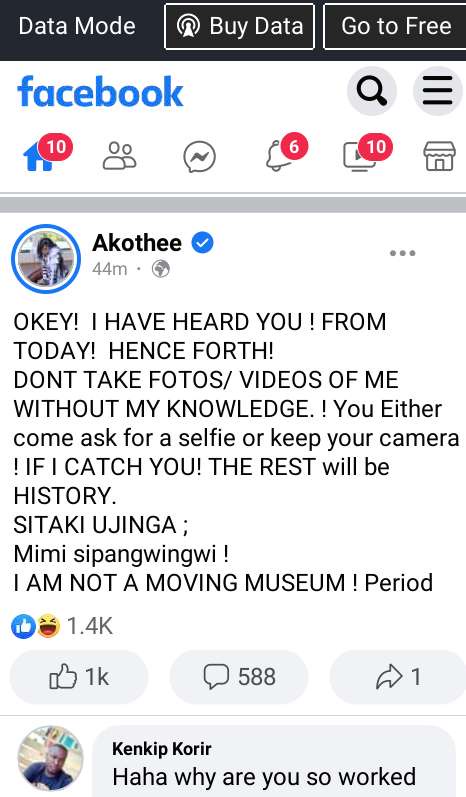 Akothee described how she was frustrated today while attending a conference at a café. She was accompanied by two French business partners. Then there was the woman who became agitated when she realized Akothee was in the same cafeteria as her and attempted to record Akothee's video. Akothee was perplexed as to why she did so, and therefore she(Akothee) went to the washroom to figure it out. The woman continued to entrap her, much to Akothee's surprise. 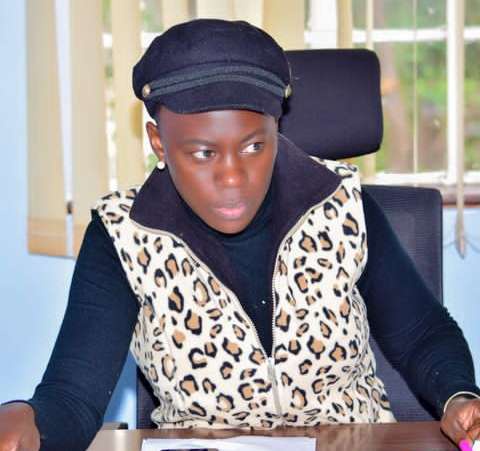 The singer recently went on a social media rant about how she regrets the day she got famous. The singer revealed this in a lengthy statement in which she bemoaned her fans' lack of respect for her privacy. Some of these followers, according to Akothee, don't seem to comprehend the difference between TV life and behind-the-scenes life, which allows her to return to her normal self as Esther aka mother Rue, rather than Akothee the singer. 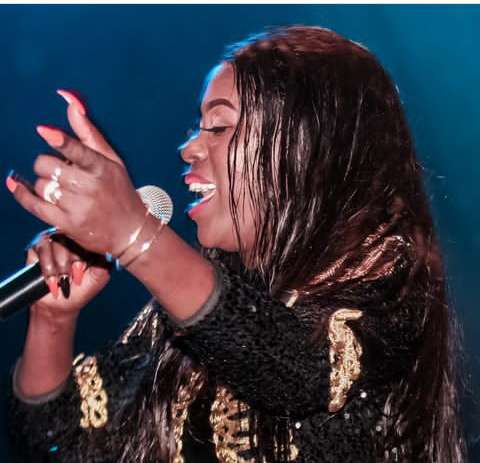 She went on to say that she needed some privacy because she was in pain and needed some alone time. 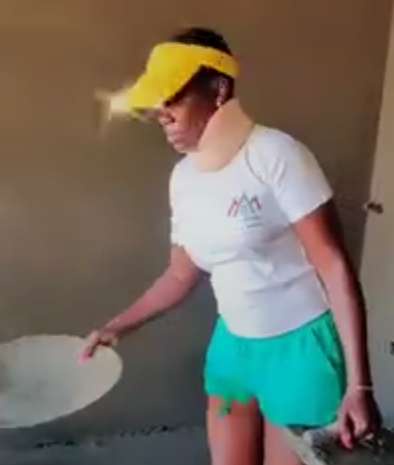 A section of Netizens supported her while the other bashed her. Take a look at some of their reactions below. 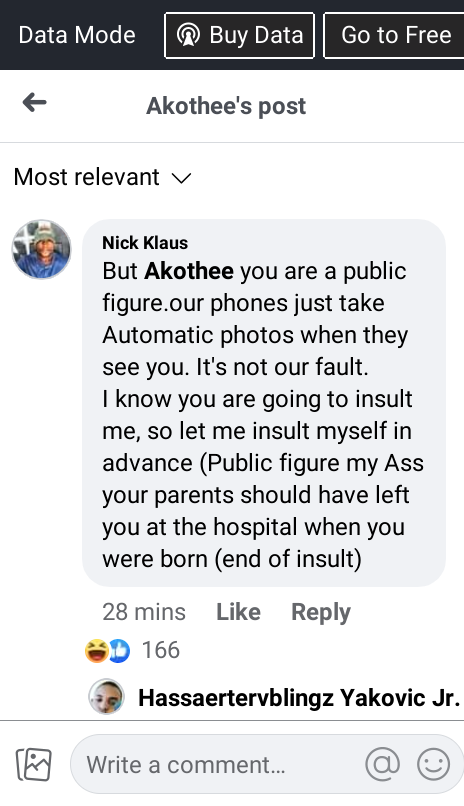 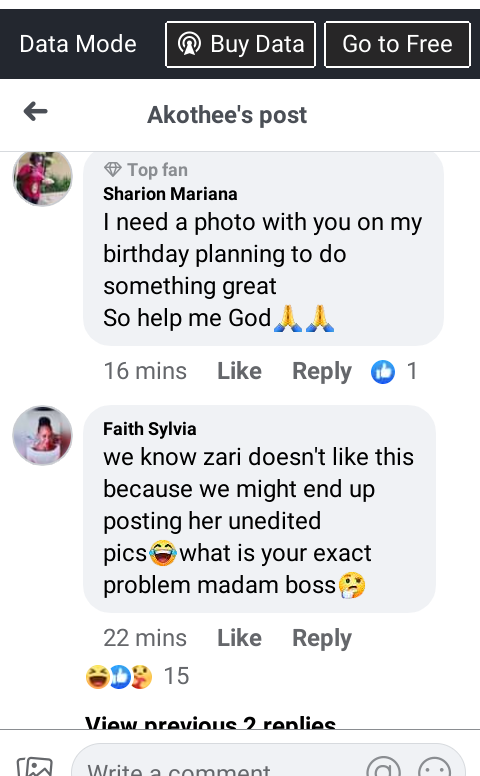 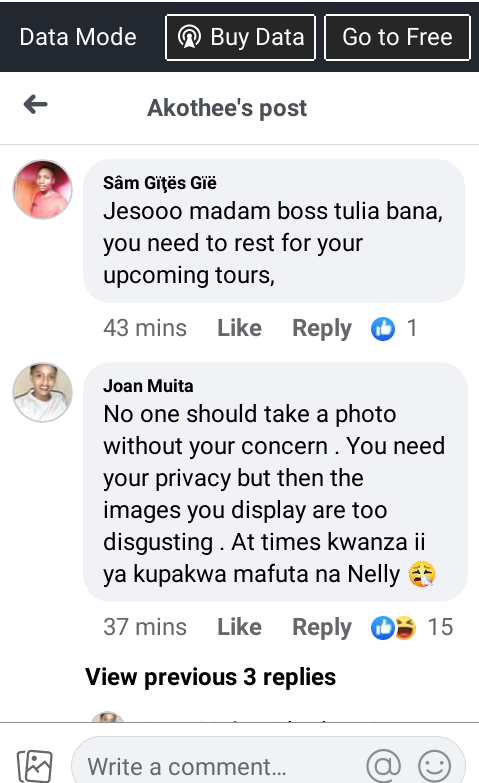 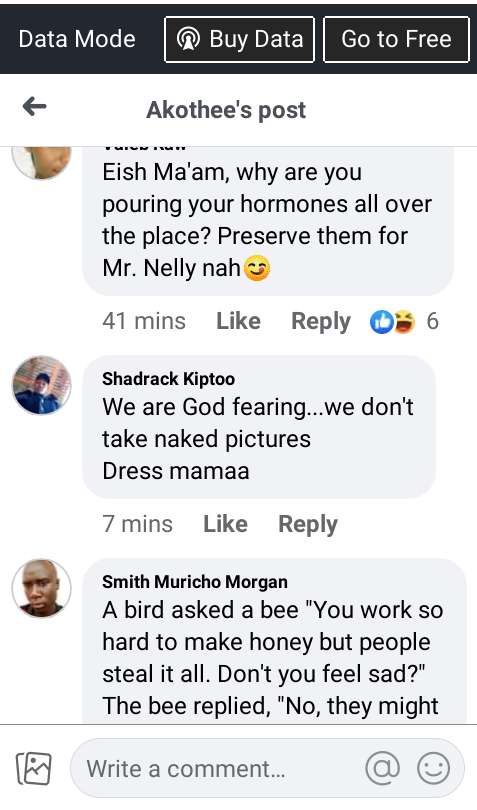