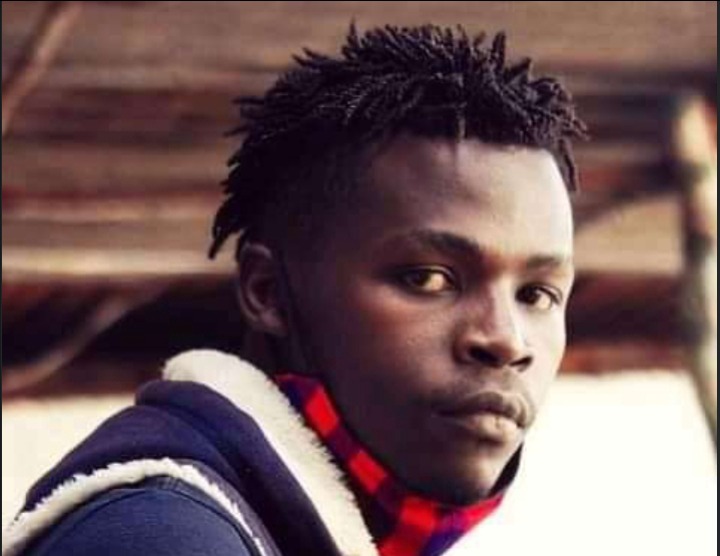 The Kenyan music fraternity has been this morning plunged into mourning after the loss of one Gengetone artist; Mkadule Kadu. Mkadule has done several Gengetone jams including collaborations with celebrated artists such as Zero Sufuri, Magix Enga among many other musicians. Apparently, the "Mazigzaga" hit maker passed away yesterday in the evening after which it was made public earlier today.

Through one of the famous showbiz blogs Nairobi Gossip Club; it is reported that the artist passed away after getting hit by a matatu. Nevertheless, the Gengetone artist had been ailing at this period that he met his death. 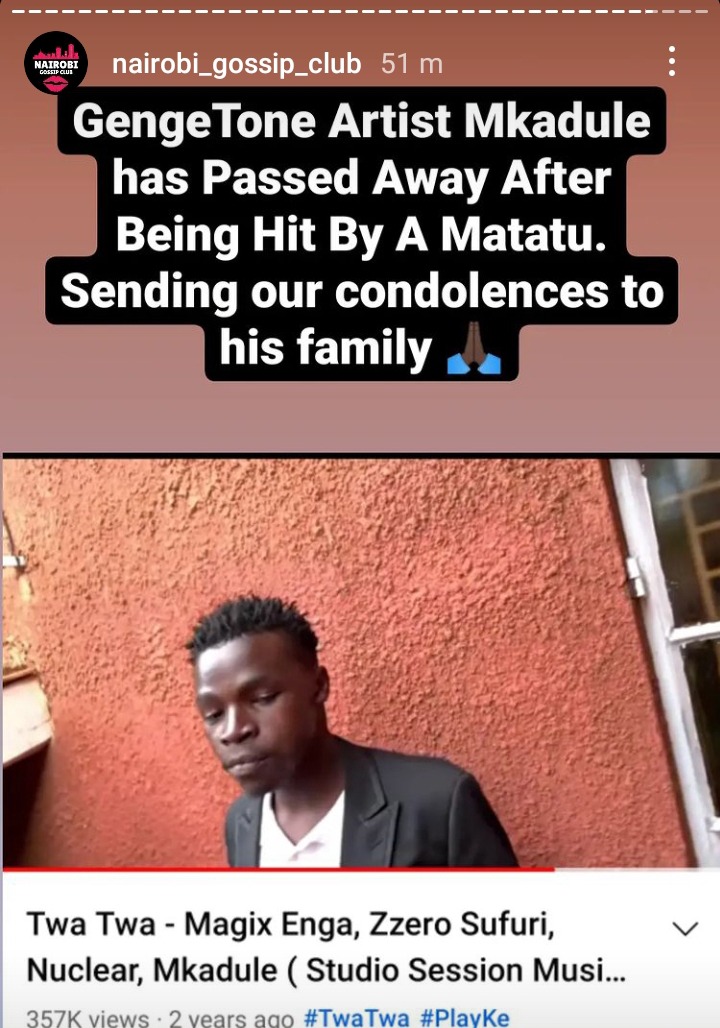 Back in the latter days of November, rumours went round that Mkadule had passed away due to his prolonged sickness. Well, the musician immediately shared a video of himself refuting the claims as he insisted that he was well and still recuperating. Through one of his close associate's social media accounts, Mkadule stated the following. 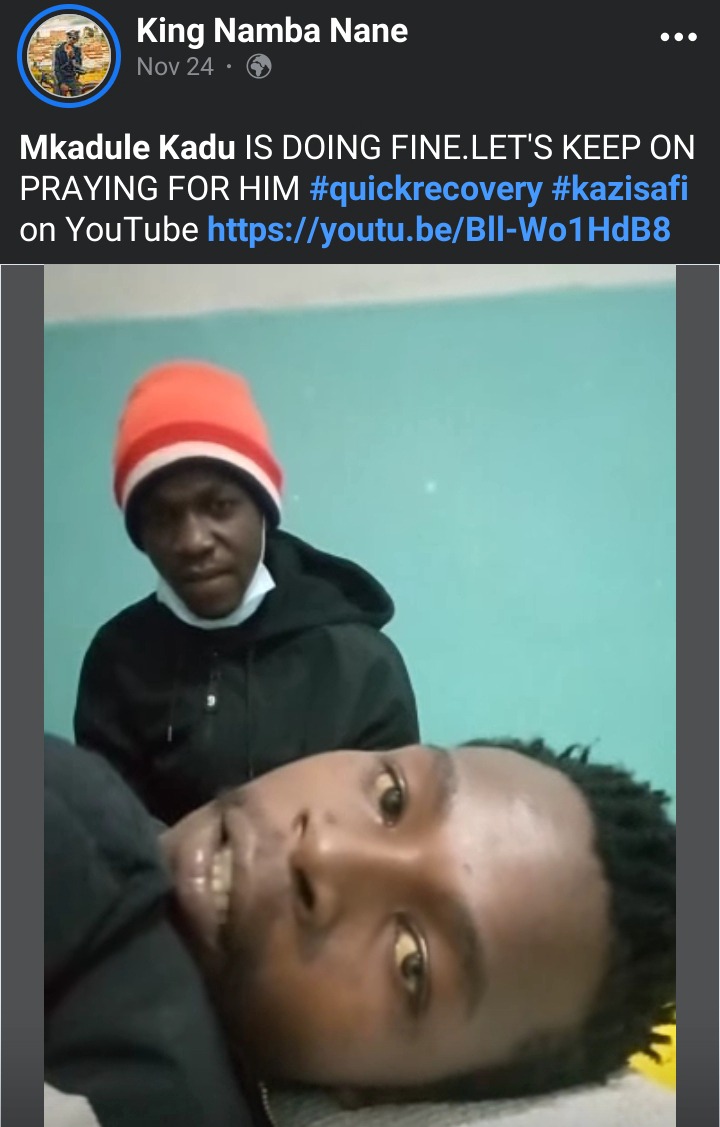 Little did he know it was one of his last moments with his fans. Barely a week later, the Kibera based artist has been confirmed to have succumbed to a vehicle accident yesterday in Nairobi after he was apparently hit by a matatu. Confirming this through his social media, Mkadule's associate identified as "King Namba Nane" shared the following post. 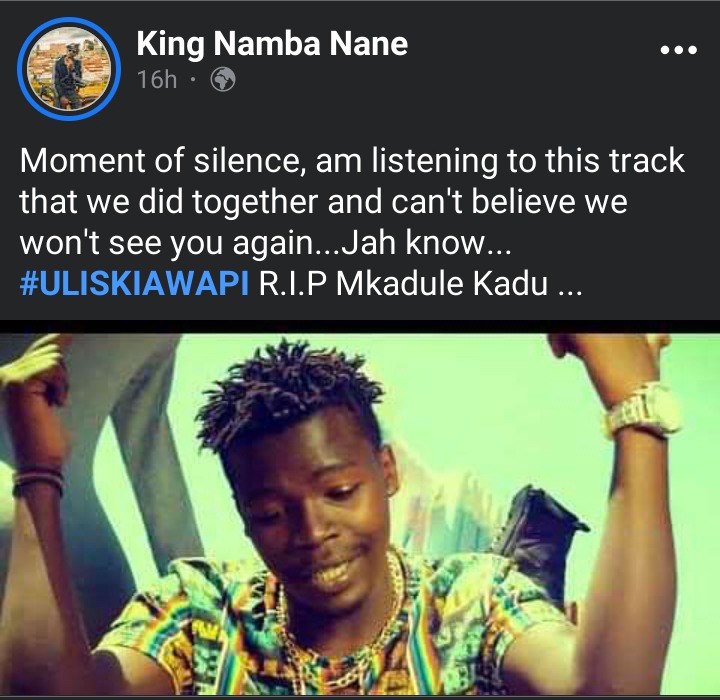 Alongside his known music collaborations, Mkadule has also done solo tracks such as Mtoto msafi, Figa, Latema among many others. Fans and a few celebrities have so far sent their messages of condolence to the bereaved family and friends of the musician. May his soul rest in peace. 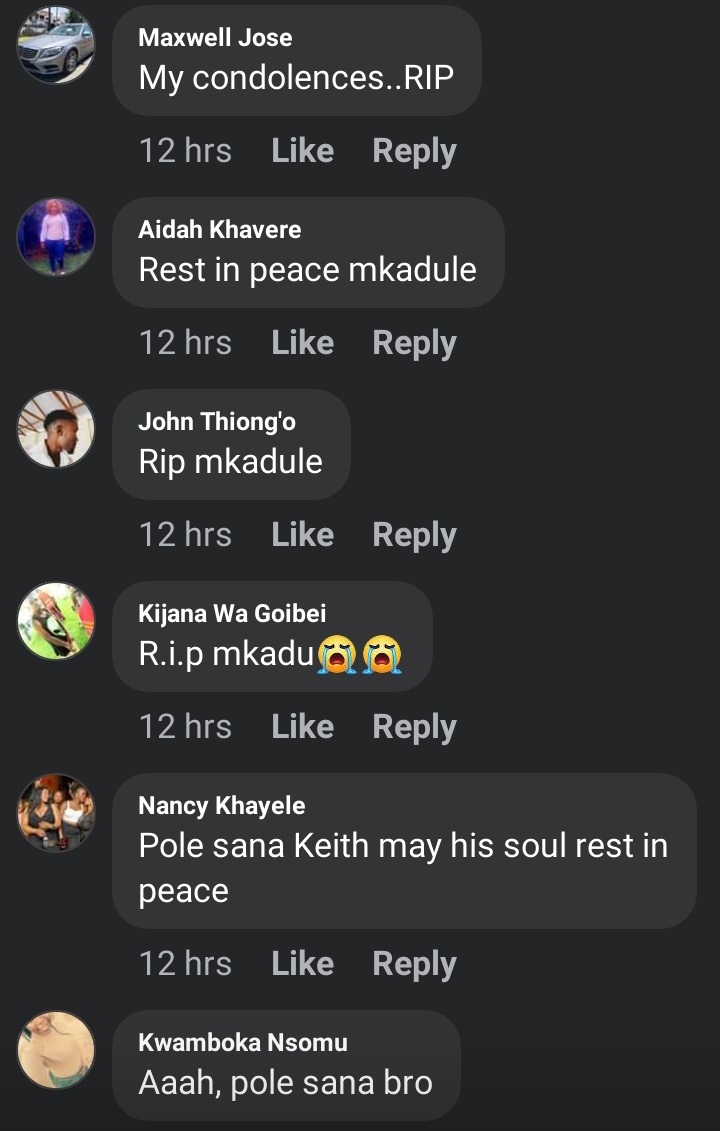